A Dorset butchers’ life-sized mascot named Big Willy left some tourists aghast as they said it ‘belongs in Magaluf’.

The 6ft sausage has enjoyed pride of place outside the Fantastic Sausage Factory for the last three years.

Owner Dennis Spurr said it’s the ‘most photographed thing in Weymouth’ – but not everyone approves.

He took a call from a mum-of-two from Surrey who was red-faced when her young daughter read out the sign which says, ‘Please do not sit on my big willy’.

Mr Spurr, 68, who sells hotdogs called ‘cheezy’, little and dirty willies at the butchers, however, stands by his trusty mascot.

He told Metro.co.uk: ‘I’m a cheeky chappy and I find it my mission in the world to make people smile.

‘Big Willy is a hot dog and he stands outside the shop. It’s just humour. How can you be offended by something like that?

‘In this rotten old world with Covid and stuff like that, we’ve got to have a laugh, haven’t we?’ 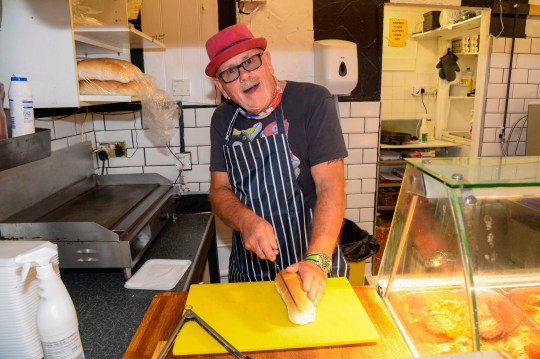 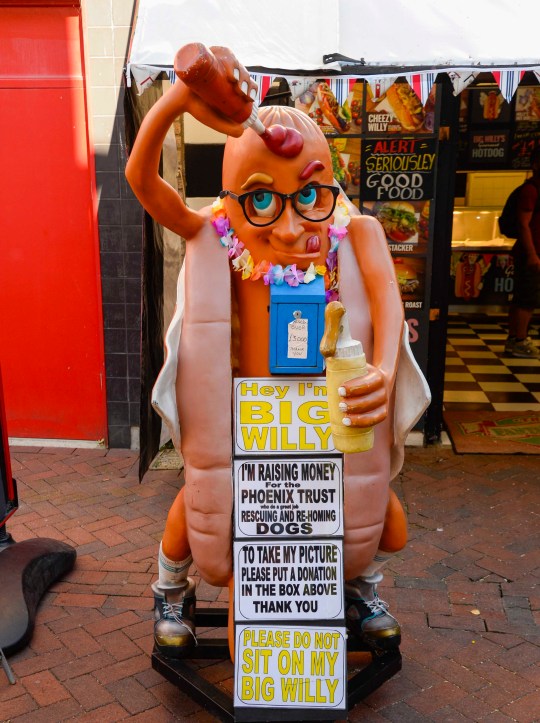 The eye-catching mascot is a collection point for a south coast-based animal rehoming charity (Picture: BNPS)

Other Weymouth locals leapt to his defence. Ann Marie Moore said: ‘It’s postcard humour, I’m sick of people being offended. I have a feeling that people look for things to complain about.

‘We need to keep a sense of humour. A joke and a laugh is the best medicine to the last 18 months.’

Phil Beesley added: ‘Pass it most days and I think it’s a bit of holiday humour and the grockels kids love it. Saw a group of kids having a selfie today and they were really enjoying it.’

Mr Spurr is originally from London and has called Weymouth his home for the past three decades. 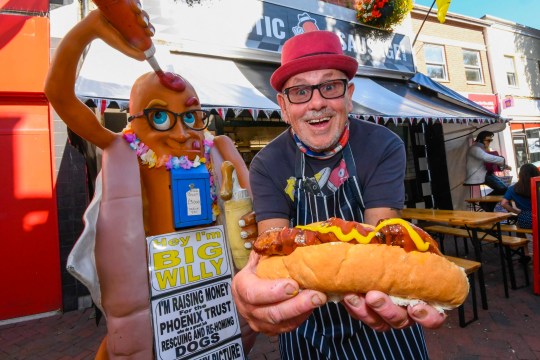 Mr Spurr with one of his gourmet hotdogs next to his trusty mascot (Picture: BNPS)

Despite the controversy over Big Willy, he said he’s had one of his most successful summers of trade thanks to the rise in Brits holidaying at home due to coronavirus.

The shop has been selling three tonnes of sausages a week and Mr Spurr described it as ‘absolutely brilliant’.

He said: ‘Last week was our best ever August week in 25 years of the shop.

‘It was rocking all week long. There’s so many people down here.’