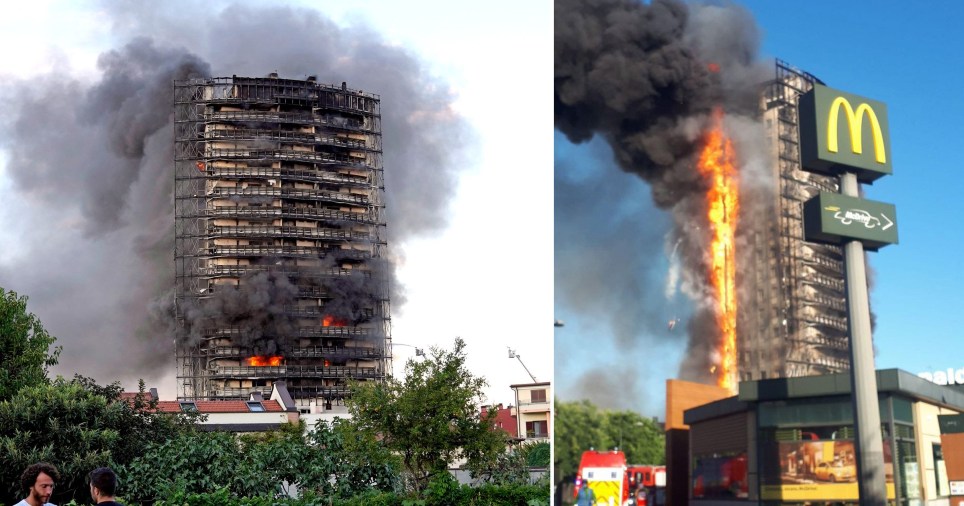 The building on fire in Antonini, in the suburbs of Milan (Picture: AP; EPA)

A 20-storey residential skyscraper in Milan has been consumed by flames this evening, with video from the scene showing the extent of the danger.

Local media reported that it is not yet clear whether anyone has been injured in the blaze, which is said to have spread to the entire structure within minutes.

Milano.it said the Torre dei Moro is believed to have been vulnerable due to cladding on the outer walls.

Unidentified residents told another paper Corriere that the panels on the facade were supposed to have been fire-resistant.

Around 70 families are believed to have lived in the building. Firefighters were said to be kicking down doors, apartment by apartment.

Mayor of Milan Beppe Sala said: ‘For now we have no reports of victims or injured.’ 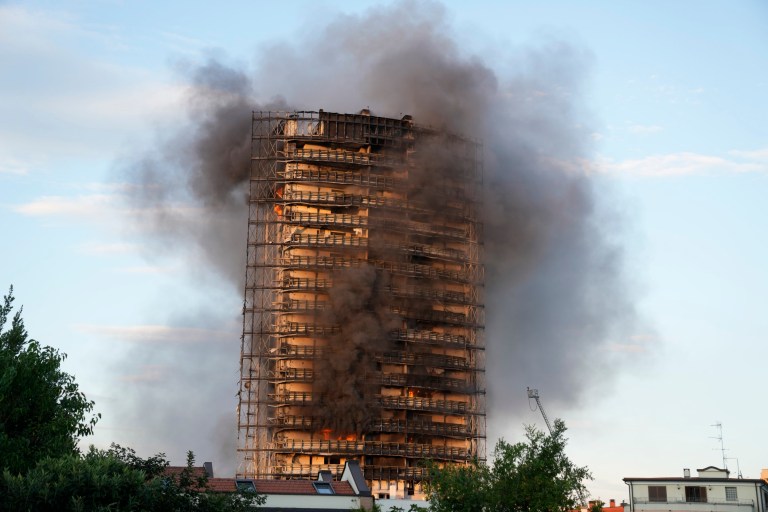 Smoke billows from a building in Milan, Italy (Picture: AP) 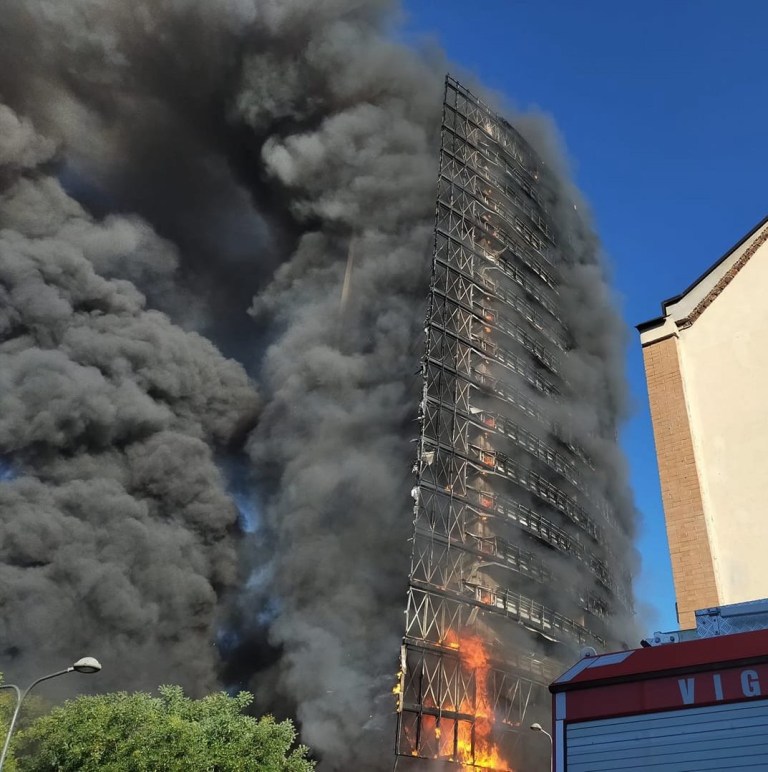 It is not yet known whether anyone has been injured (Picture: DAPRESS/SplashNews.com) 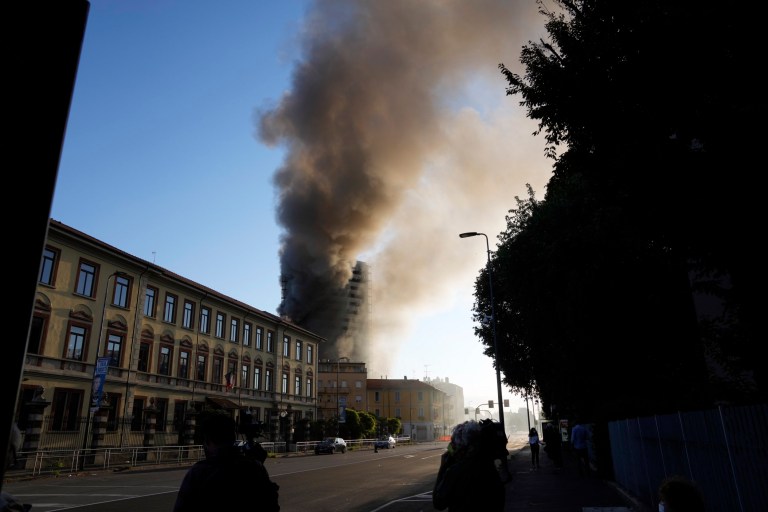 Smoke could be seen rising into the air (Picture: AP) 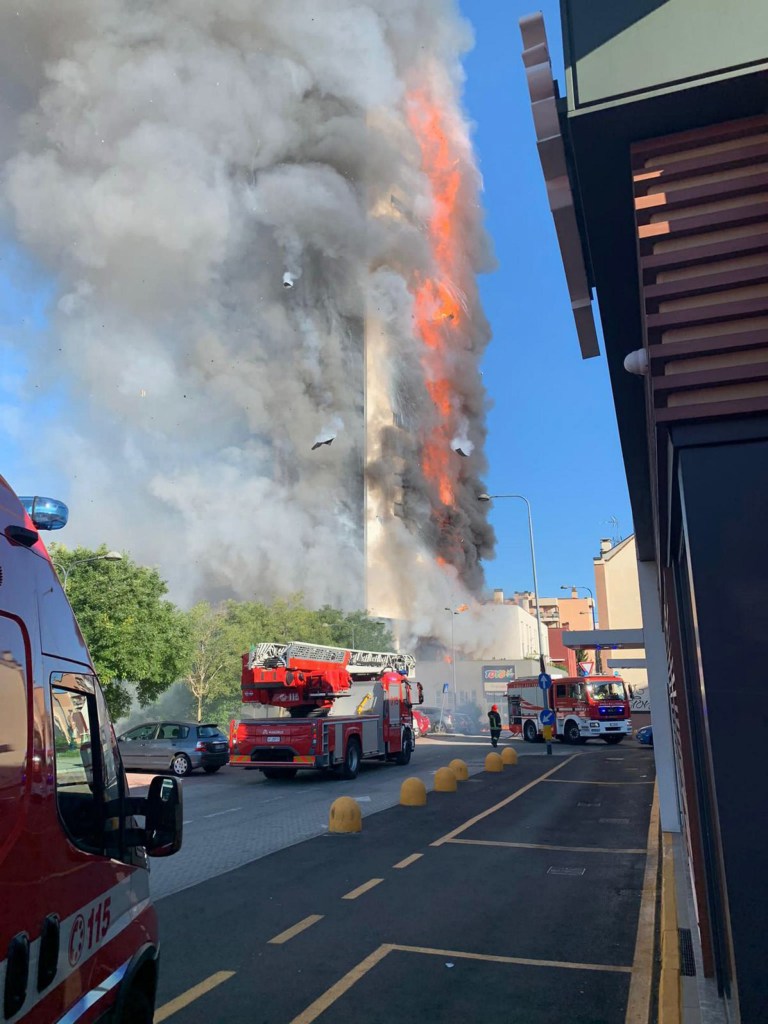 Fire trucks on site of the fire in Antonini (Picture: EPA) 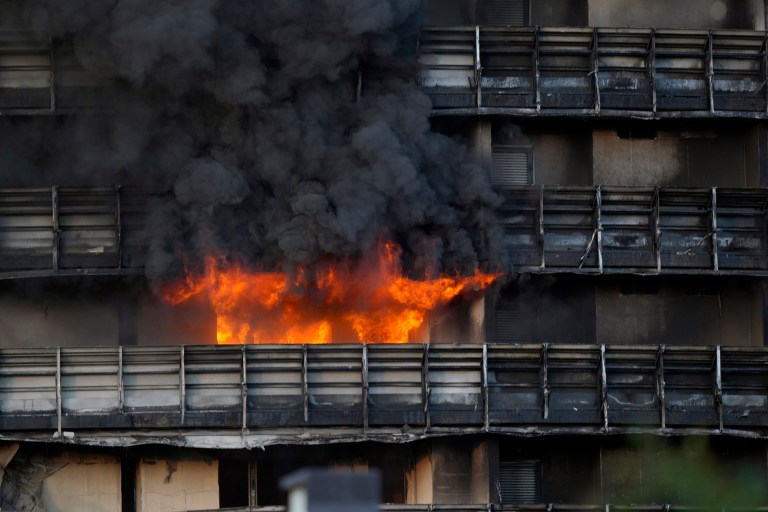 The building is 60 metres high and 16 storeys (Picture: AP) 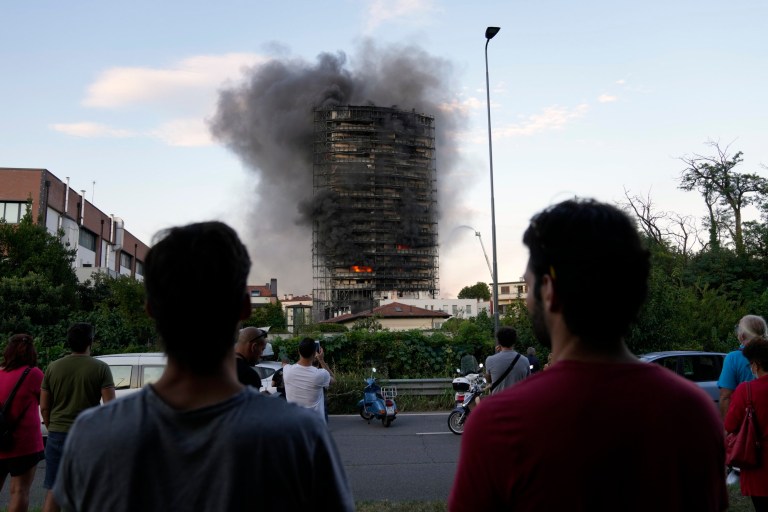 There were no immediate reports of injuries or deaths (Picture: AP)

‘We are positive about the fact that there was time for everyone to go out but until the control is not done we cannot be sure.’

Hundreds of people have gathered on the street as the building continues to burn.

One woman told ASNA news agency she lived on the 15th floor of the building, where the fire began.

‘We smelled the smell of smoke and immediately ran away,’ she said.

‘I didn’t think it was so serious.’

Flaming debris has been falling to the street below, putting other buildings at risk of catching alight.

The 60-metre tall building, part of a recent development project, was designed to look like the keel of a ship and included an aluminium sail on its roof, which burned and fell to the street in pieces.