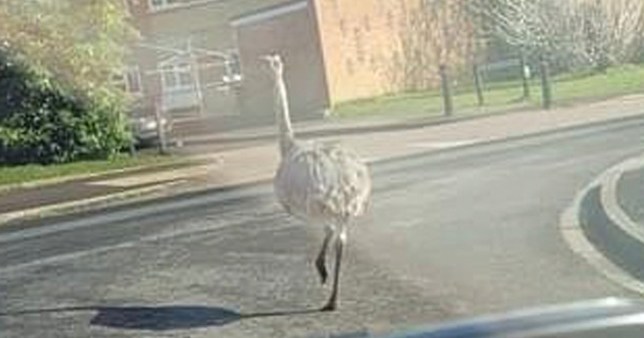 A group of 20 wild rhea birds have been spotted roaming around housing estates in Hertfordshire (Picture: Herts Police)

A flock of 20 ostrich-like birds have been wreaking havoc across housing estates in Hertfordshire, with dog owners being warned they may attack their pets.

The distinctive rhea birds have been spotted at Maple Cross, close to the M25, and are thought to be wild.

Rhea birds resemble an ostrich but are smaller. They originate from South America and are flightless but can run at speeds of up to 50mph.

Hertfordshire Police have carried out some enquiries but have been unable to identify the owner of the birds.

Officers told people to be on the look-put for the ‘unusual sight’ and warned the birds shouldn’t be approached as they ‘can be aggressive if cornered.’ There have been reports of them attacking dogs and deer.

Police have been working on a plan to rehome the flock when captured at a suitable animal reserve.

Some on social media likened the birds to the Looney Tunes cartoon character Road Runner. In the past they have proven notoriously difficult to capture.

PC Christian Gottmann, from the Rickmansworth and District Safer Neighbourhood Team, said: ‘These birds are certainly an unusual sight on the streets of Three Rivers, and we want to reassure the public that we are working in partnership Three Rivers District Council, Highways and our Rural Operational Support Team to come up with a plan to capture and rehome the birds to a suitable animal reserve. 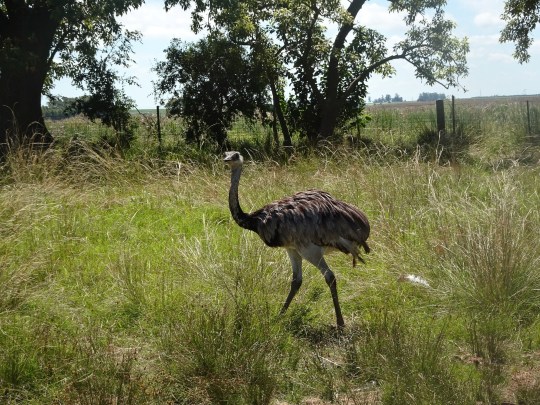 Rheas are native to South America and can run at 50mph (Picture: File/Getty Images) 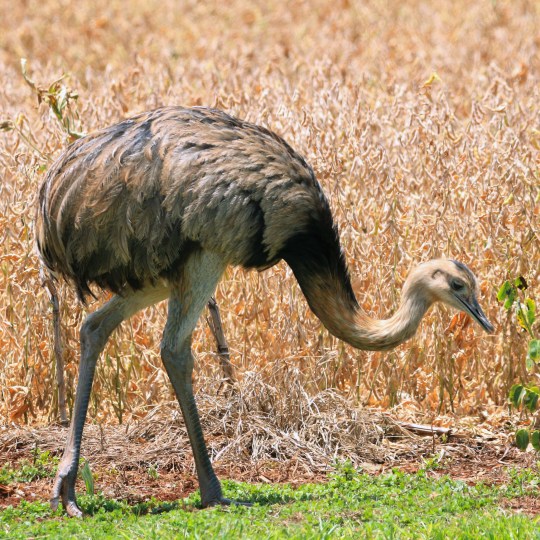 It’s not known where the rheas in Hertforshire came from (Picture: Getty Images)

‘Enquiries are ongoing but if you think you may be able to help with this, please get in touch with us.

‘In the meantime, we would advise the public not to approach these animals as they are very fast, much like their larger counterparts, and can be aggressive if cornered.

‘Unfortunately we have received reports of them attacking dogs and deer, so we ask that dog owners are vigilant when out walking.’ 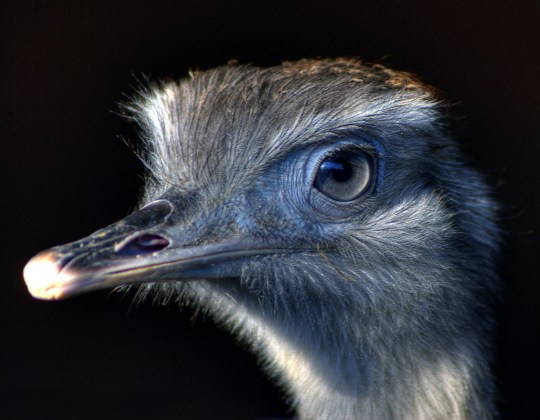 Police have warned the rheas can be aggressive if cornered (Picture: Getty Images)

It’s not the first time rhea birds have caused problems in the UK. An ‘escape artist’ known as Chris was on the loose for four weeks in Oxfordshire in 2019 after multiple attempts to capture him were unsuccessful.

In 2015, a rhea escaped from a property in Essex and was on the run for nearly a year, crossing the border into Hertfordshire.

At the time East Herts Rural Police tweeted: ‘PC Watson & PCSO Steve have located the rhea, the problem is they can’t keep up with it.’