Jakub Kotowicz has been making the hugely dangerous journeys from Poland (Picture: SWNS)

A vet is risking his life to save hundreds of animals trapped by the war in Ukraine.

Jakub Kotowicz has saved a dog with a bullet lodged in her spine and a pygmy goat with diseased legs.

The 32-year-old made a trip into the warzone last week as part of a convoy from Przemyśl, on the Polish border.

In the past fortnight he has rescued around 200 cats and 60 dogs from Lviv, in three convoys.

The route is extremely dangerous and the animals, who are often in poor condition already, find the trip stressful.

Other rescued pets recovering from their ordeal include a Sphinx cat dressed in a knitted jumper who loves cuddles, and a Chihuahua puppy rescued with it’s mum.

Some of the animals have been so badly injured that they had to be put down, but an intensive rehabilitation process means many will be re-homed across Europe – and a couple of cats have already been reunited with their Ukrainian owners. 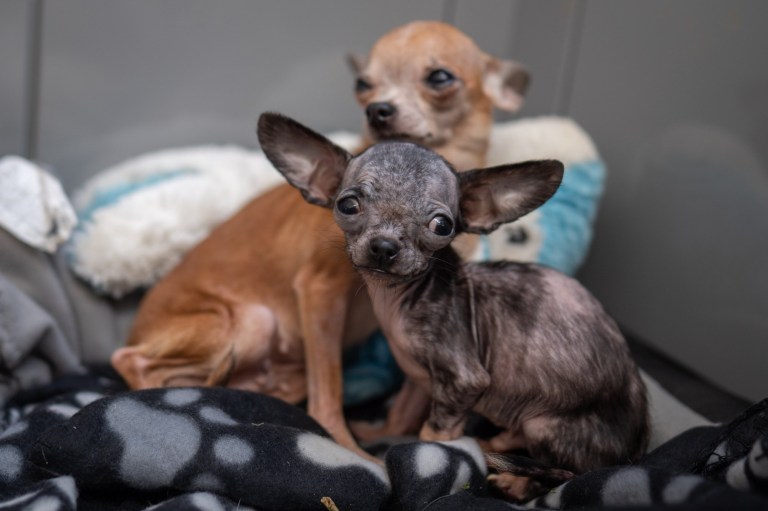 The Chihuahuas share a bed with Sasha the pygmy goat (Picture: SWNS) 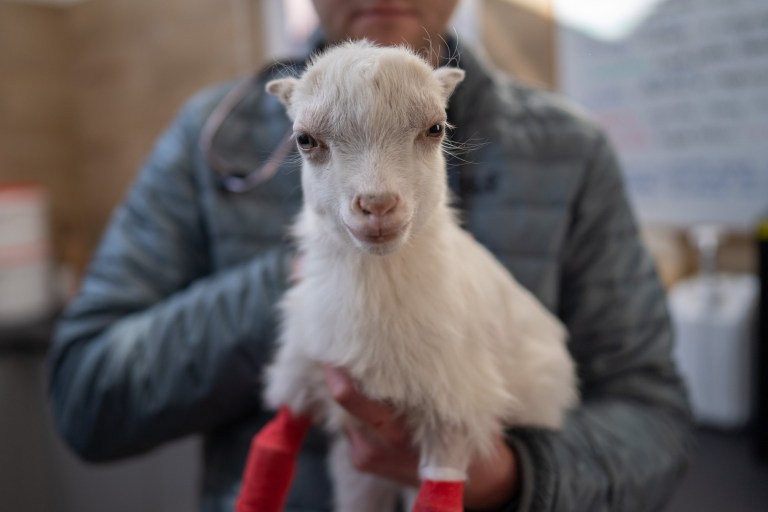 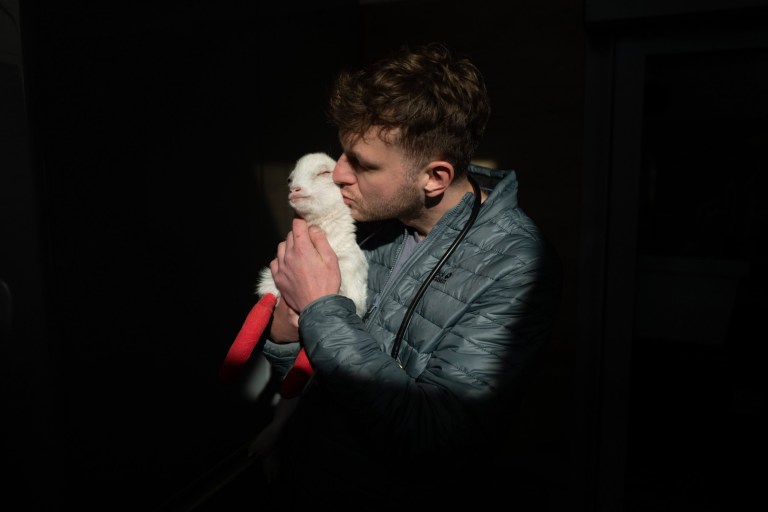 Sasha shares a soft bed with the Chihuahuas and will be kept as a pet by the vets at the ADA Foundation, an animal rescue charity Jakub founded when he was 17.

The centre is getting a wheelchair for a dog named Vira, aged seven, who has the bullet in her back.

Jakub set off from Poland at noon on Tuesday and returned at 3am.

Claiming to have not slept for five days afterwards, he explained: ‘The journey from Lviv is one day and we crossed the border with a diplomatic pass but the queue from Ukraine was very long. 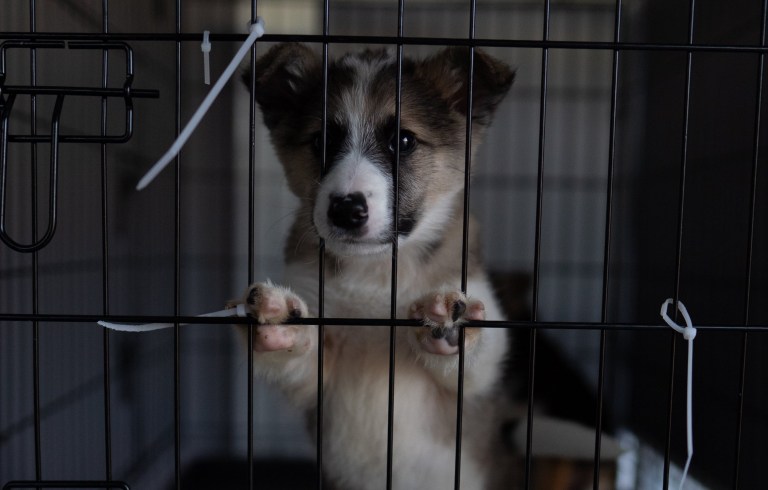 At least 60 dogs have been rescued (Picture: SWNS) 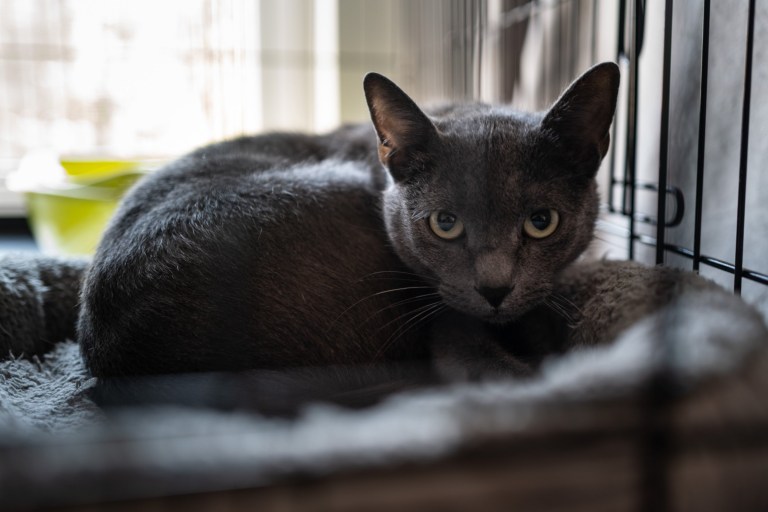 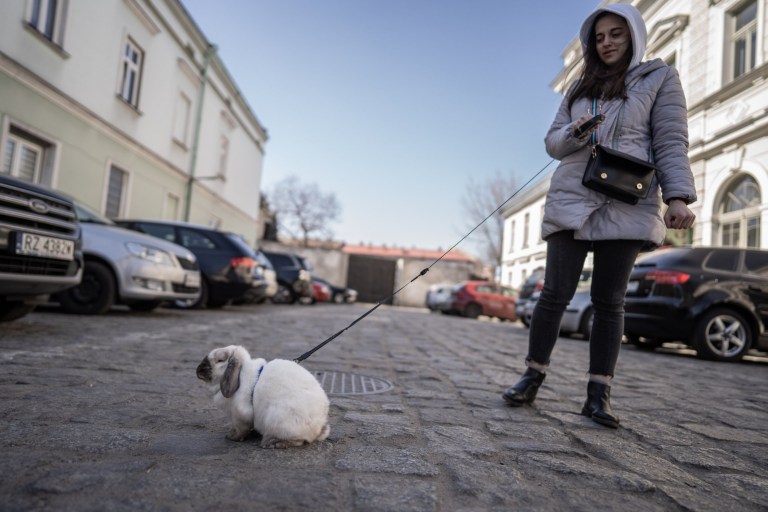 A Ukrainian refugee takes her rabbit for a walk outside Przemysl train station (Picture: SWNS)

‘We are preparing the animals for an adoption process.

Ada also has a private veterinary clinic, but the non-profit organisation is dependent on donations.

So far, £60,000 has been raised by Nick Tadd, who is in Poland indefinitely after leaving Surrey, to help with rescue missions.

The charity is planning to buy another ambulance and convert a pizza shop into a place to keep rescued animals. 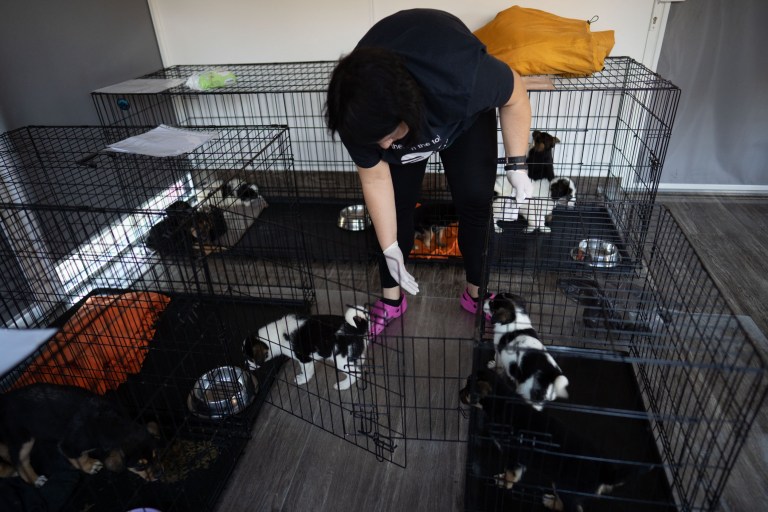 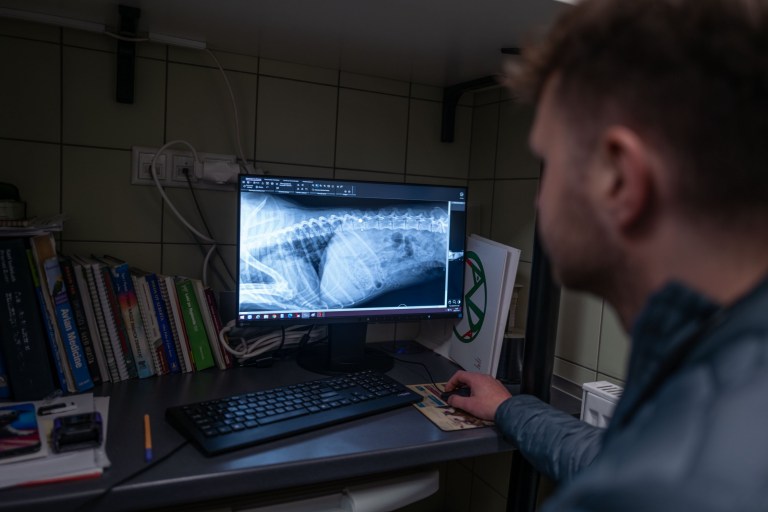 One dog has a bullet lodged in her spine (Picture: SWNS) 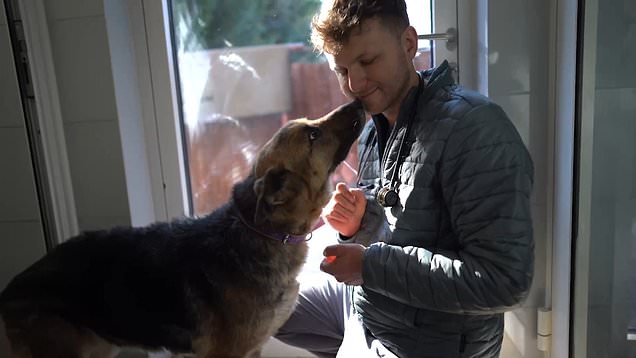 Many of the animals are thought to have PTSD (Picture: SWNS)

Brits who want to help are being encouraged to rehome a Polish pet, in order to make space for Ukrainian animals at rescue centres.

Jakub said: ‘Sometimes the animals which are in very poor condition will be with us for two or three months.

‘Sasha came to us from the first convoy to Lviv, an old woman asked us to have her.

‘She has diseased legs.’

Turning to future rescues, he continued: ‘The next convoy might be next week, because it is very dangerous. 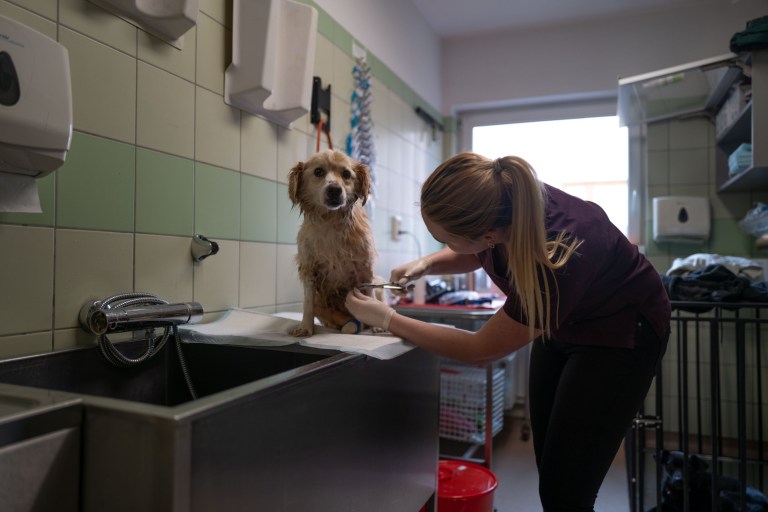 The animals are brought back and given medical attention (Picture: SWNS) 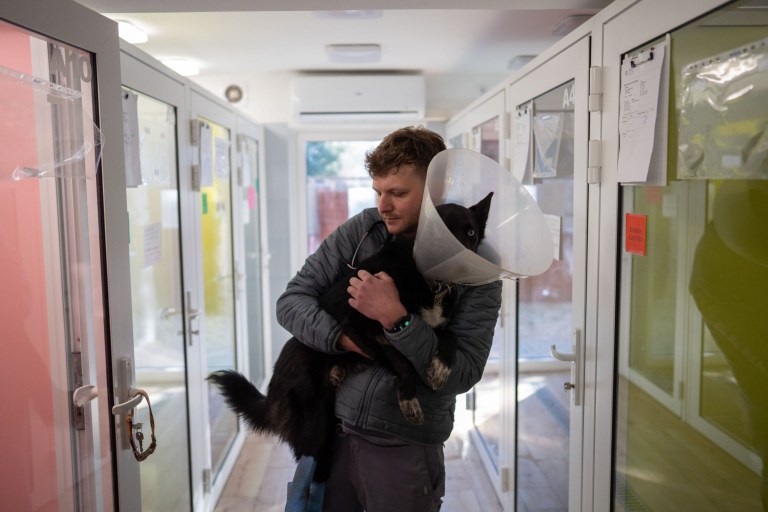 Jakub has been running his charity for 15 years (Picture: SWNS) 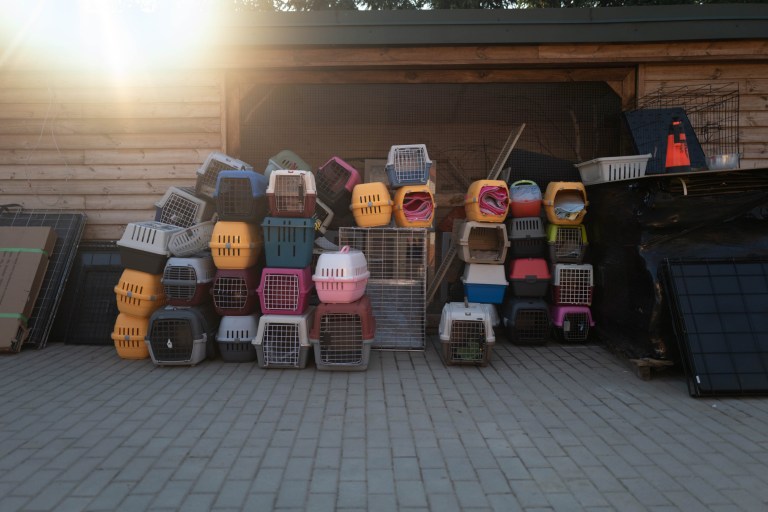 There may be another convoy to rescue more animals next week (Picture: SWNS)

‘There were three cars and eight people in this one.’

Ada also has an innovative facility for rehoming pooches, a ‘dog village’, where canines can get used to furniture such as sofas and tables, while being monitored by prospective owners.

Volunteers have come from as far away as Denmark, Canada, and the USA, while Husky Rescue Ireland, and a couple of independent volunteers, have also helped out.

Mr Tadd, a wildlife photographer, came out two weeks ago and has no plans to go back to Guildford.

‘If we raise enough funds we’re going to buy another ambulance.’

“We are asking people in the UK to adopt Polish pets so they can make room for Ukrainian animals.’

Finally, we are fighting back on transgender lunacy