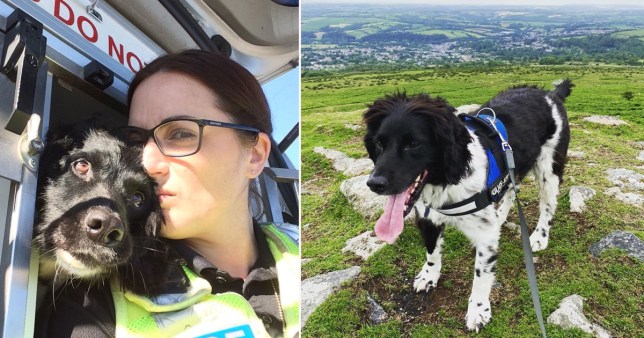 Atos had been paired with PC Claire Addems since he was one (Picture: Triangle News)

An elderly sniffer dog has retired from duty because he has become scared of getting in cars.

Springer spaniel Atos, who helped protect the Royal Family and searched for explosives, has also been hindered by arthritis.

The nine-year-old police dog had been paired up with handler PC Claire Addems since he was a one-year-old puppy in 2013. She labelled him ‘incredibly enthusiastic’ and said he ‘never failed’ her.

As well as protecting the royals at public events in London, Atos also worked at the AWE nuclear weapons factory in Burghfield, Berkshire.

Ms Addems explained: ‘Atos was a fantastic search dog – he was so full of drive and had such a passion for his work.

‘We worked together on many important jobs, including searches for members of the Royal Family in Portsmouth Dockyard and at Horseguards in London.

‘Atos never failed me and always passed his licensing with ease, he loved to work and loved to please me and, of course, loved to get that tennis ball at the end of a job.’ 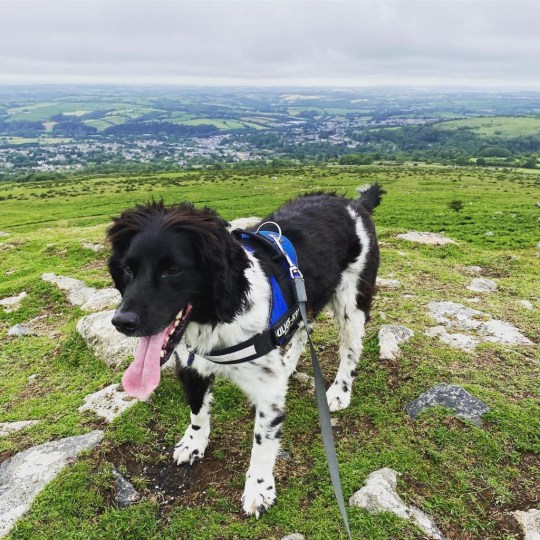 She continued: ‘Atos was incredibly enthusiastic in his job.

Sometimes, that caused problems. He had no fear and wouldn’t hesitate which ended up in a few visits to the vets with split pads or cuts from running through bracken and forest.’

But Atos’ phobia of travelling became an issue at work and it was decided that he deserved a break after his years of service.

Ms Addems explained: ’He started to suffer from arthritis – due to the pressure he’d put on his body during his years of service – and as he got older his travel fears worsened. 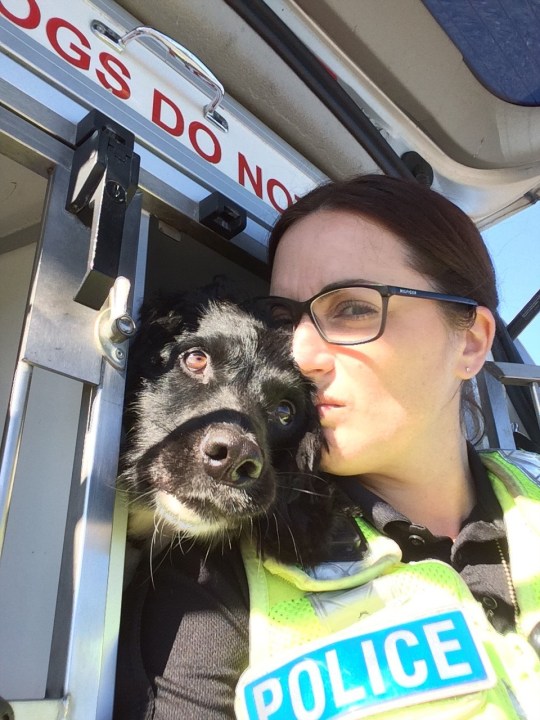 ‘It got to the point where I’d have to physically put him in the car as he’d avoid the vehicle at all costs.

‘It was decided that Atos would retire and he then became my responsibility.’

Then seven months ago, the pup ruptured his cruciate ligament during a walk.

The Thin Blue Paw Foundation – a charity established just a month earlier to support retired service dogs – stepped in to help the pair and pay the £3,000 vet bill.

Ms Addems said they had struggled to get insurance because he was a retired police dog.

Thin Blue Paw Foundation trustee Kieran Stanbridge added: ‘Police and military dogs receive wonderful care during their working lives but, when they retire, most dogs receive no ongoing support and that leaves a lot of pressure on their new owners.

‘Dogs like RPD Atos are heroes, they’ve served our country and worked incredibly hard to keep us safe.

‘They deserve to live long, happy retirements and the Thin Blue Paw Foundation is here to ensure they receive the support they need to do so.’