A shade-wearing dad bravely took on a thief who had stolen a woman’s handbag before coolly walking away to return it.

Darren Brownson, 36, leapt into action as he was driving through Farnham in Surrey on Sunday with his wife Nicole.

He spotted a hooded man sprinting down the road while clutching the bag and sensed that something was not right.

The landscaper pulled the car over and chased the man down, taking him into a headlock outside a restaurant.

Video filmed by Nicole showed her husband chastising the suspect, shouting: ‘You f******g stole that!’

Barrel-chested Darren told the thief ‘you are a scumbag’ and hurled the hooded man to the floor.

He barked: ‘Get the f*** out of here’ before telling the suspect to run.

The father, who works for a plant hire company and describes himself as a family man, calmly grabbed the handbag off the floor and returned to his wife in the car.

The moment was shared by Nicole on TikTok with the caption ‘I couldn’t love him more’ and has been viewed more than four million times.

She wrote: ‘So my husband saw a purse getting snatched today.

‘He pulled over, chased the guy down and retrieved the purse then returned it to the owner.’

Social media users praised Darren’s courage and effectiveness at dealing with the situation. 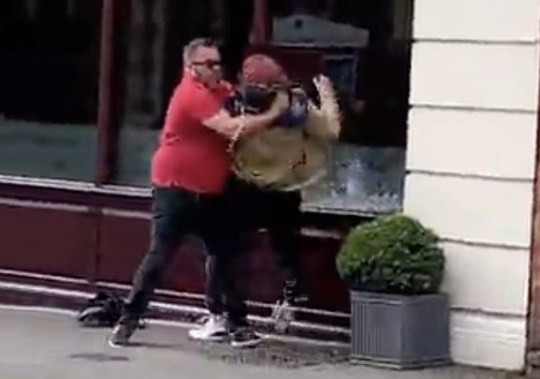 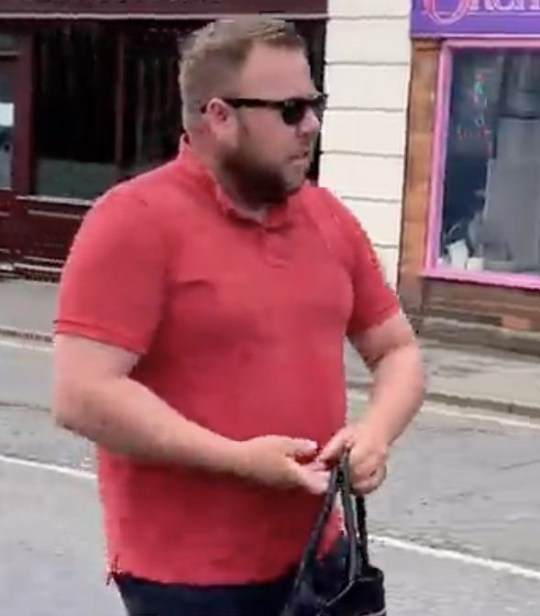 He recovered the bag and calmly returned to his wife in the car (Picture: @thisdizbiz/TikTok)

Darren told MailOnline he returned the handbag to Sainsbury’s where it appeared the suspect had come from.

He said he has been overwhelmed with the reaction to his heroics but didn’t want to say any more.

Surrey Police confirmed they are looking into the incident, and want to check on the welfare of the alleged theft victim.

They also want to speak with Darren as they believe he can help with enquiries.

Sergeant Andrew Crane told the Sun: ‘This video appears to show a man intervening and stopping a crime in action and we’d like to thank him for doing so. 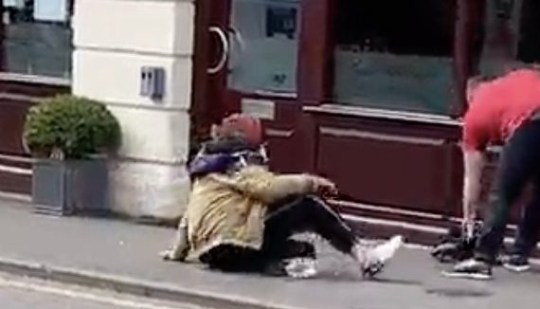 The 36-year-old said he leapt into action when he saw the man running down the road with a handbag (Picture: @thisdizbiz/TikTok)

‘We would also like to emphasise that the public should never put themselves in harm’s way when a crime is taking place.

‘We would also like to reassure the local community that we are looking into this video and would appeal to those involved to contact us to help with our enquiries.

‘After witnessing a crime, always report this to us, providing as much detail as possible, so that we can investigate this and ensure the appropriate action is taken.’ 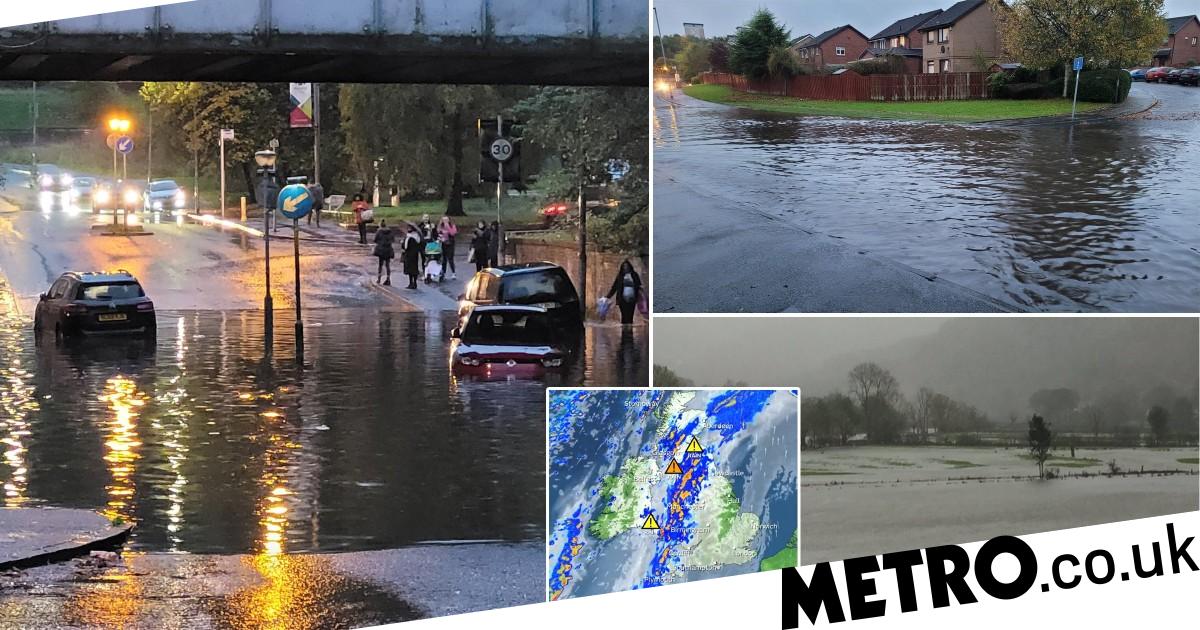