IT IS a case that has ­baffled police for decades – how a high-flying businesswoman was stabbed to death in broad daylight by a killer who ­then vanished without trace.

But for Lauren Bell, it is a much more personal trauma — one that robbed her of her mother, erased her childhood memories and ripped her family apart. 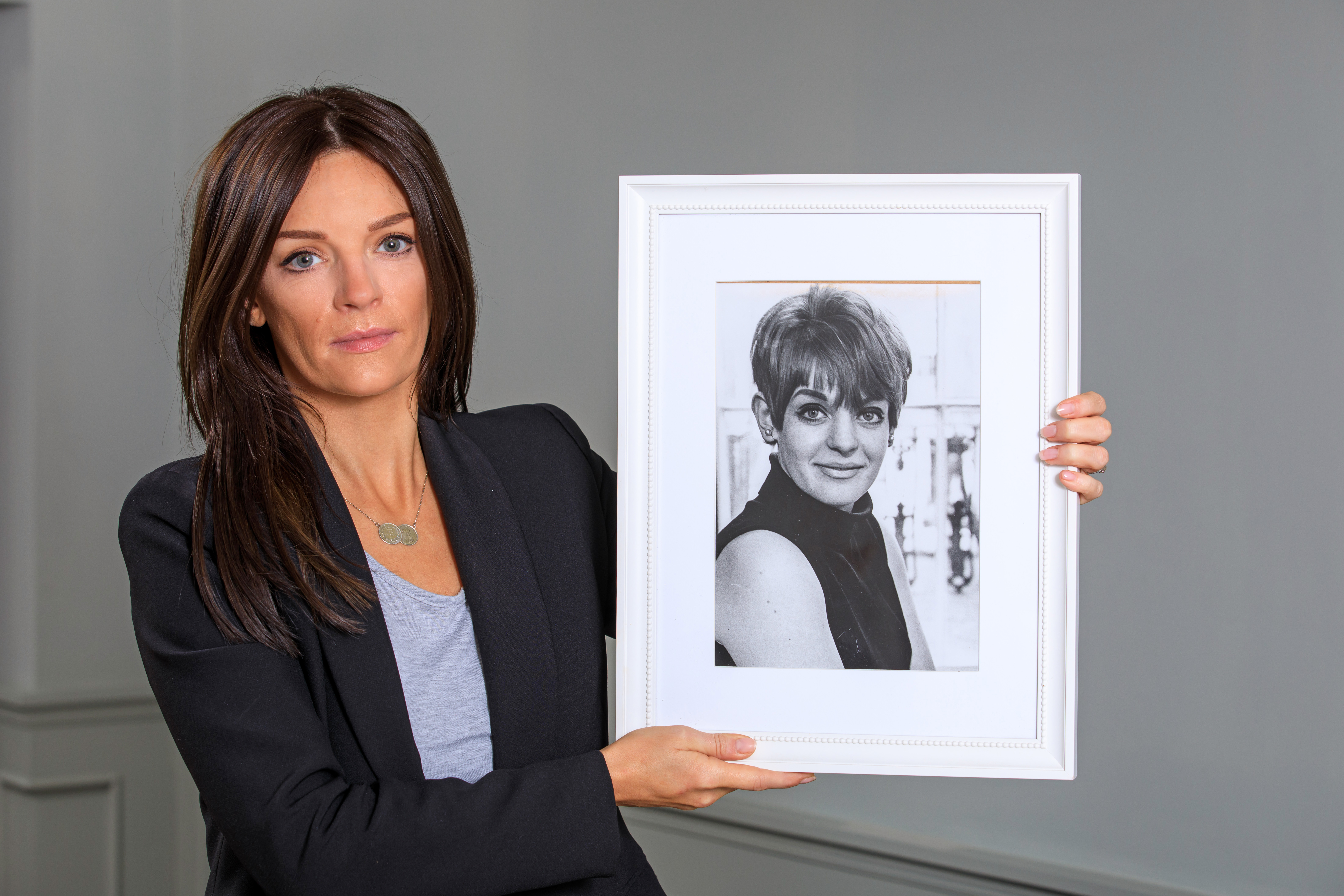 Lauren Bell holds up the picture of her murdered mum, Penny BellCredit: Oliver Dixon – The Sun

Despite a £1.5million investigation, more than 8,000 interviews and a £20,000 reward, the murder of Penny Bell remains unsolved.

And as the 30th anniversary of her death approaches, police have opened a new forensic review.

But Lauren, 39, believes that this is the final throw of the dice — and if the latest investigation cannot yield new information, she may never find out who killed her mother.

She said: “I have no answers and it is becoming increasingly more likely that I never will, and that is a really difficult pain to bear.”

Lauren was just nine when Penny was found slumped over the steering wheel of her powder-blue Jaguar in the car park of the Gurnell Leisure Centre in Perivale, West London.

The businesswoman, who owned a recruitment agency ­supplying catering staff for high-profile events, had been viciously stabbed 50 times in the chest and arms.

A post mortem and police probe showed the killer attacked her from the passenger seat then went on to stab her through the driver’s window.

That day — June 6, 1991 — Lauren and her brother Matthew, then 11, waited in vain for their mum at the school gates. Later, at home, police arrived to tell the family what had happened — and that Penny was never coming back. 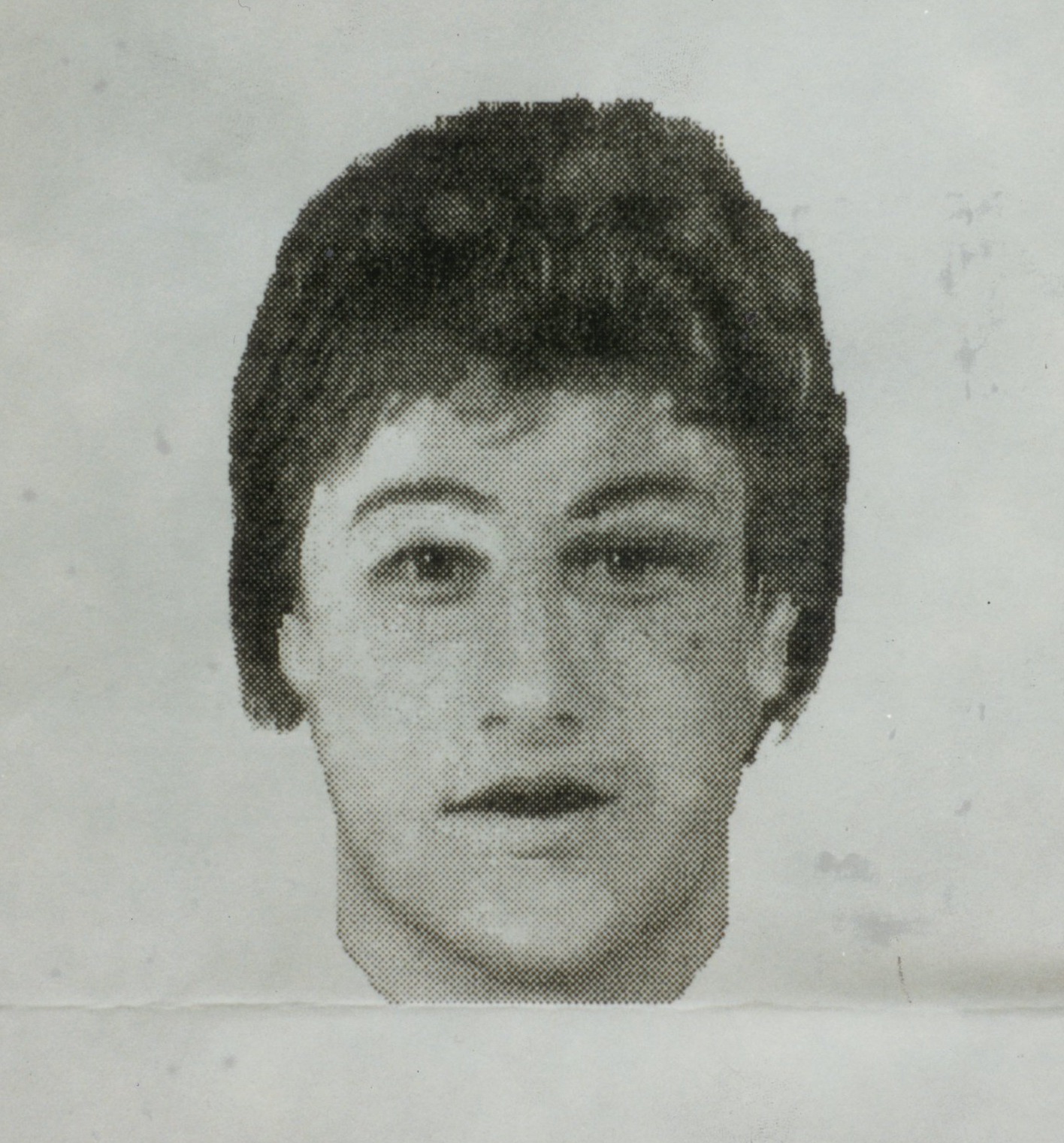 Met Police e-fit of the killer, who managed to escape in broad daylightCredit: Metropolitan Police 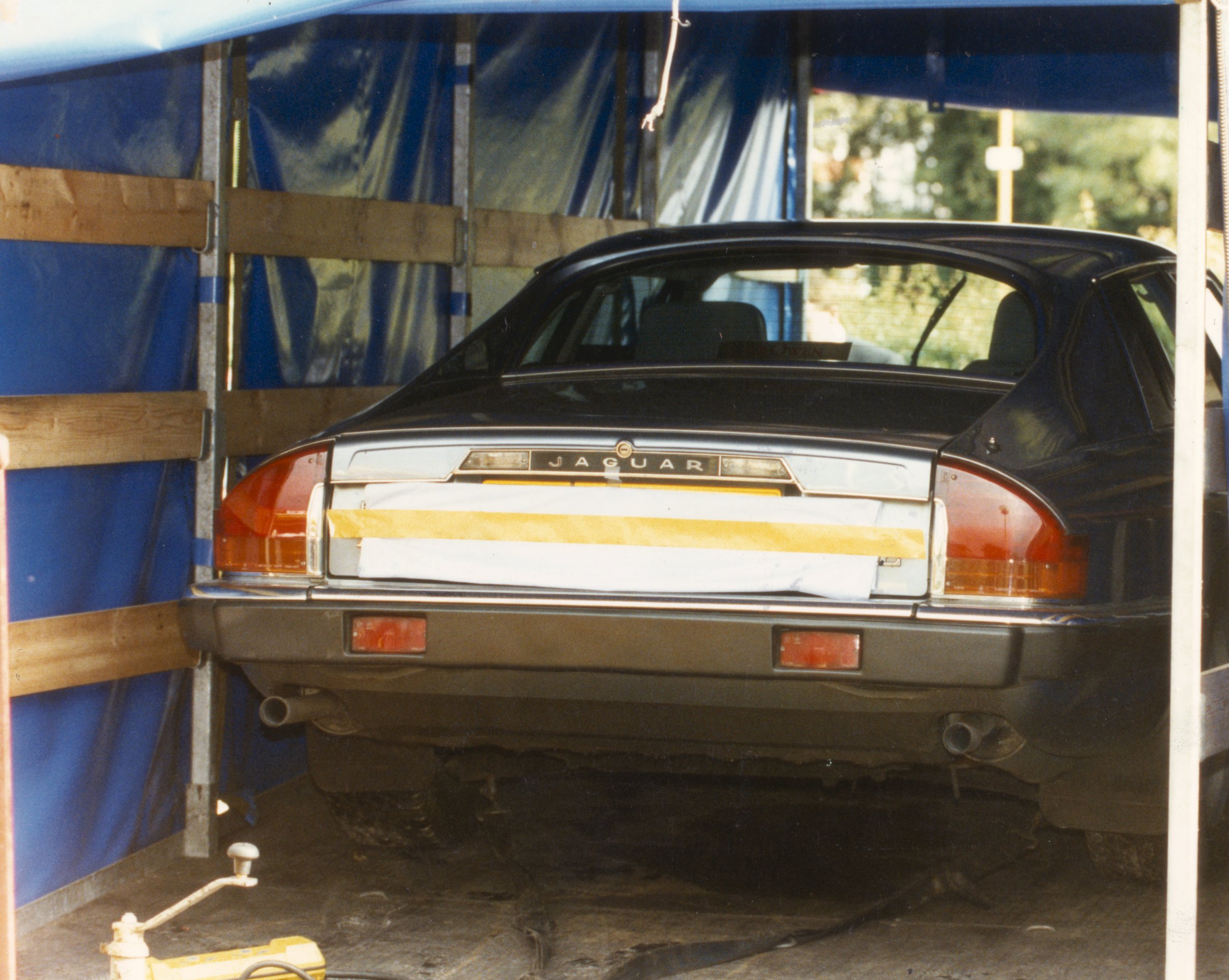 Speaking to The Sun at her Bucks home, Lauren recalled: “I can’t even remember my mum ­dropping me off that morning. But I will always remember that moment.

“Watching my father, reduced to his knees and completely and utterly ­distraught . . . it is like the bottom of your world falls out.”

However much she tries, Lauren ­cannot remember anything from her childhood that happened before this devastating moment. She has no memories of her mother, explaining: “I’ve been told that trauma in children is what causes that.”

Lauren describes Penny as an “incredibly vivacious lady who had achieved so much in her short life”.

But the horror of hearing the full details of the ferocious attack, ­including how Penny fought so hard to survive that every one of her long fingernails had broken off, has left Lauren unable to recall anything else.

She said: “The brain is an incredible thing and it protected me. It sort of put everything into a Pandora’s Box, but that has never reopened.”

Penny’s savage killing captured the attention of the press and public alike.

Glamorous and successful, she seemed like the last person likely to fall ­victim to such a terrible crime.

In the summer of 1991, Penny and her businessman husband Alistair were having renovations done to their ­luxurious home in Denham, Bucks.

Penny told the builders on the ­morning of her death that she had an urgent appointment — which investigators would later discover was not recorded in the meticulous notes she kept in her Filofax.

Around 10am, Penny’s distinctive ­Jaguar XJS car was seen driving erratically. Witnesses reported the car travelling at less than 15mph and veering off several times as if trying to pull into the pavement. The hazard lights and windscreen wipers were on despite the clear summer’s day.

One witness even claimed to have seen a bearded man in the passenger seat — and recalls that the blonde female driver was mouthing “help me” as they pulled into the leisure centre car park. Penny’s body was found in the car shortly afterwards. There was no sign of robbery or a sexual attack, just wallpaper samples for her new kitchen carefully laid out on the back seat. 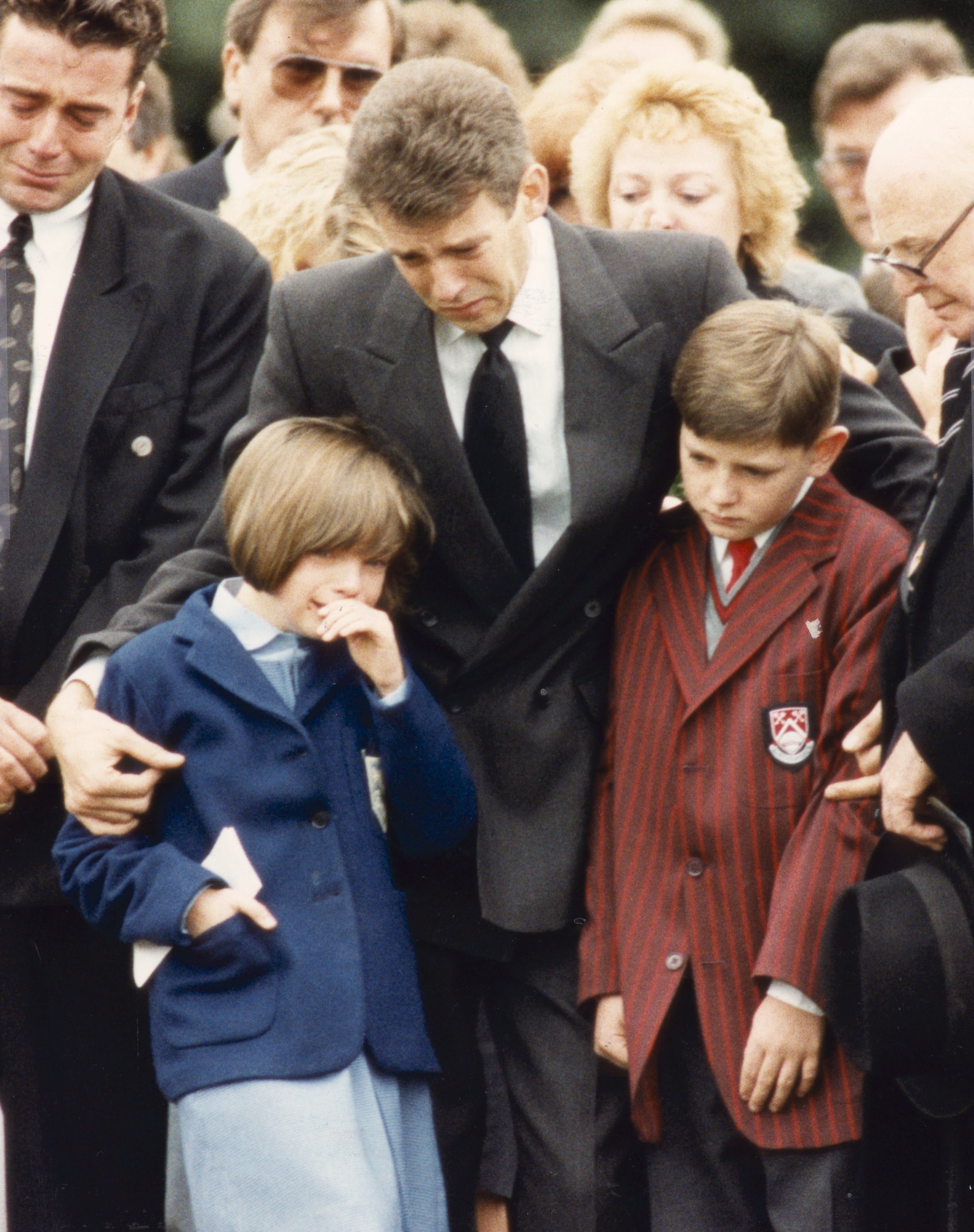 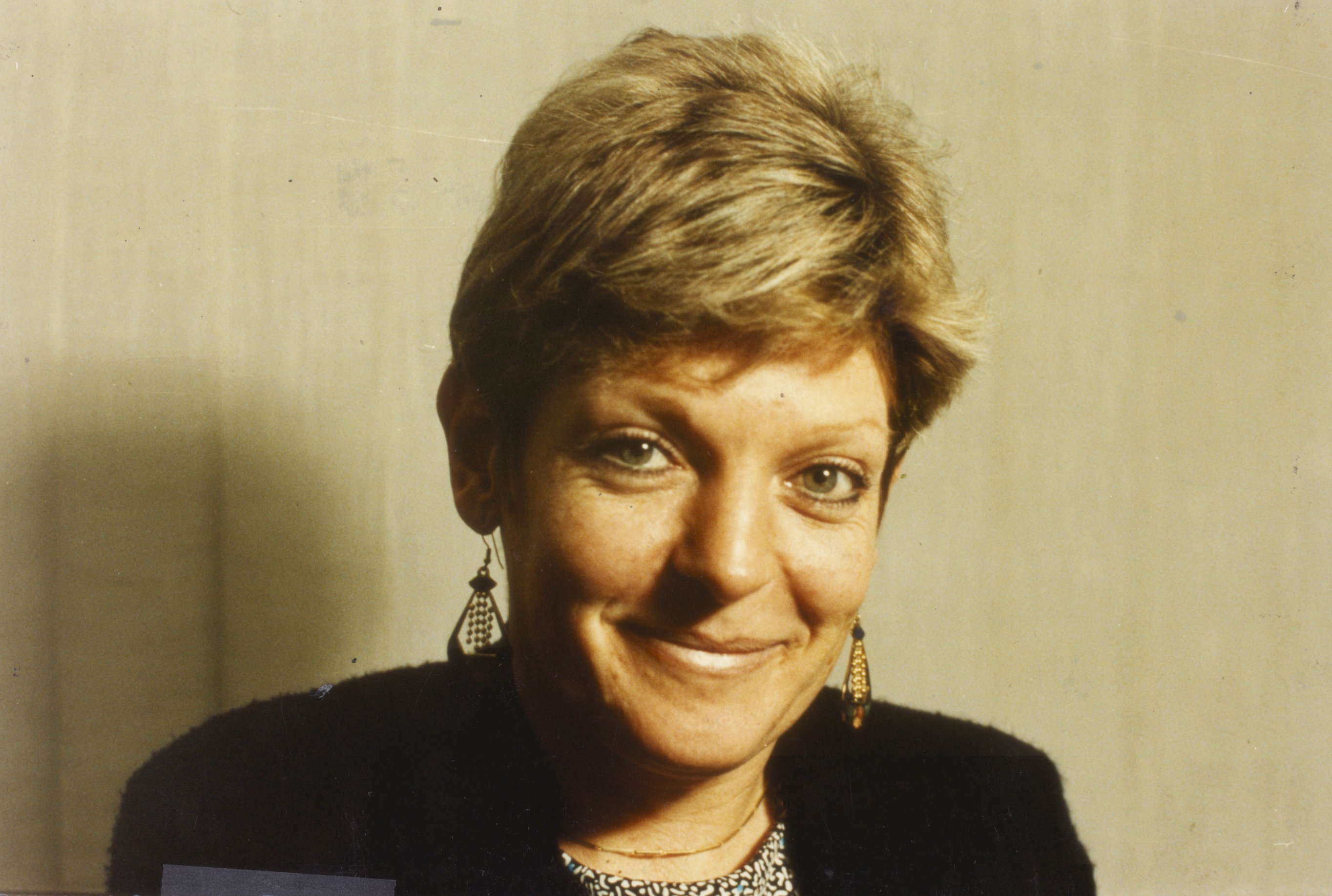 The businesswoman was viciously stabbed 50 times in the chest and armsCredit: News Group Newspapers Ltd

At first, police were sure they would catch her blood-soaked killer.

Lauren recalled: “We were told confidently that within six weeks this case would be wrapped up.”

As with many such inquiries, police first considered the victim’s immediate partner.

But Alistair was quickly cleared thanks to a cast-iron alibi placing him at work. Yet the strain of losing his wife, then facing police questions, took its toll.

Lauren said: “You assume when ­tragedy strikes that everybody clings together and you are this incredible force of a family. Actually, for us, that is not what happened and we were destroyed as of June 6, 1991.” Lauren says her dad always tried to be incredibly honest with her and Matthew — Penny’s son from a ­previous relationship.

She says: “I remember him telling me what she looked like when he went to see her [in the morgue]. I will always remember him saying the medics had to decapitate her.”

So who wanted Penny dead so badly that they could have carried out an act of such extreme violence?

And would it have anything to do with the curious fact that Penny had secretly withdrawn £8,500 from her bank account in the days before her death?

It could have been in relation to their home renovations — but the money has never been accounted for. There is one man who claims to have been in the car with Penny on the day she died — former neighbour and ­family friend John Richmond.

He was arrested and questioned twice but released without any further action. Then, three years later, builder ­Richmond, who was 53 at the time, approached The Sun with a bizarre proposal. 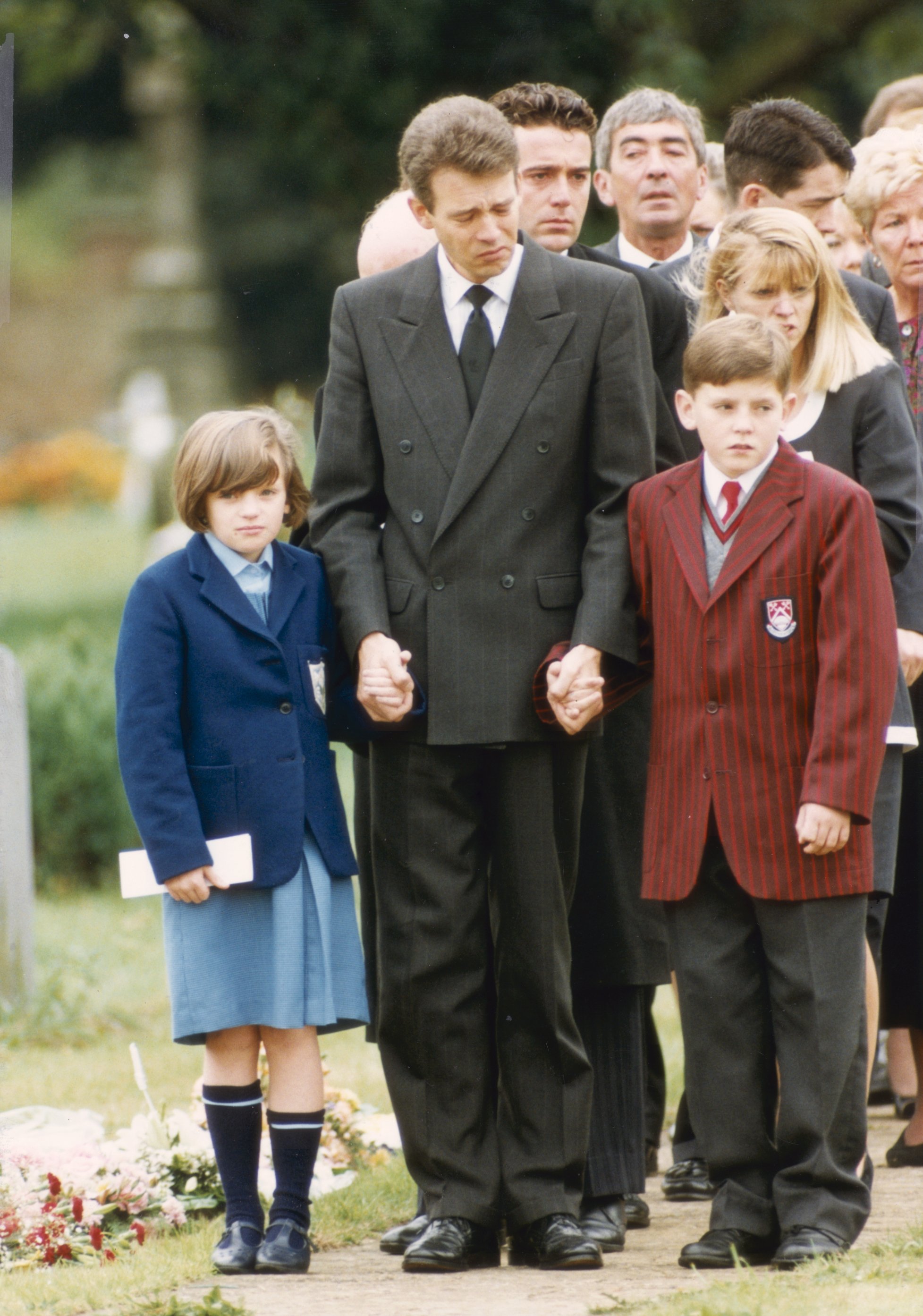 Alistair was honest with the children about the medics having to decapitate their motherCredit: News Group Newspapers Ltd 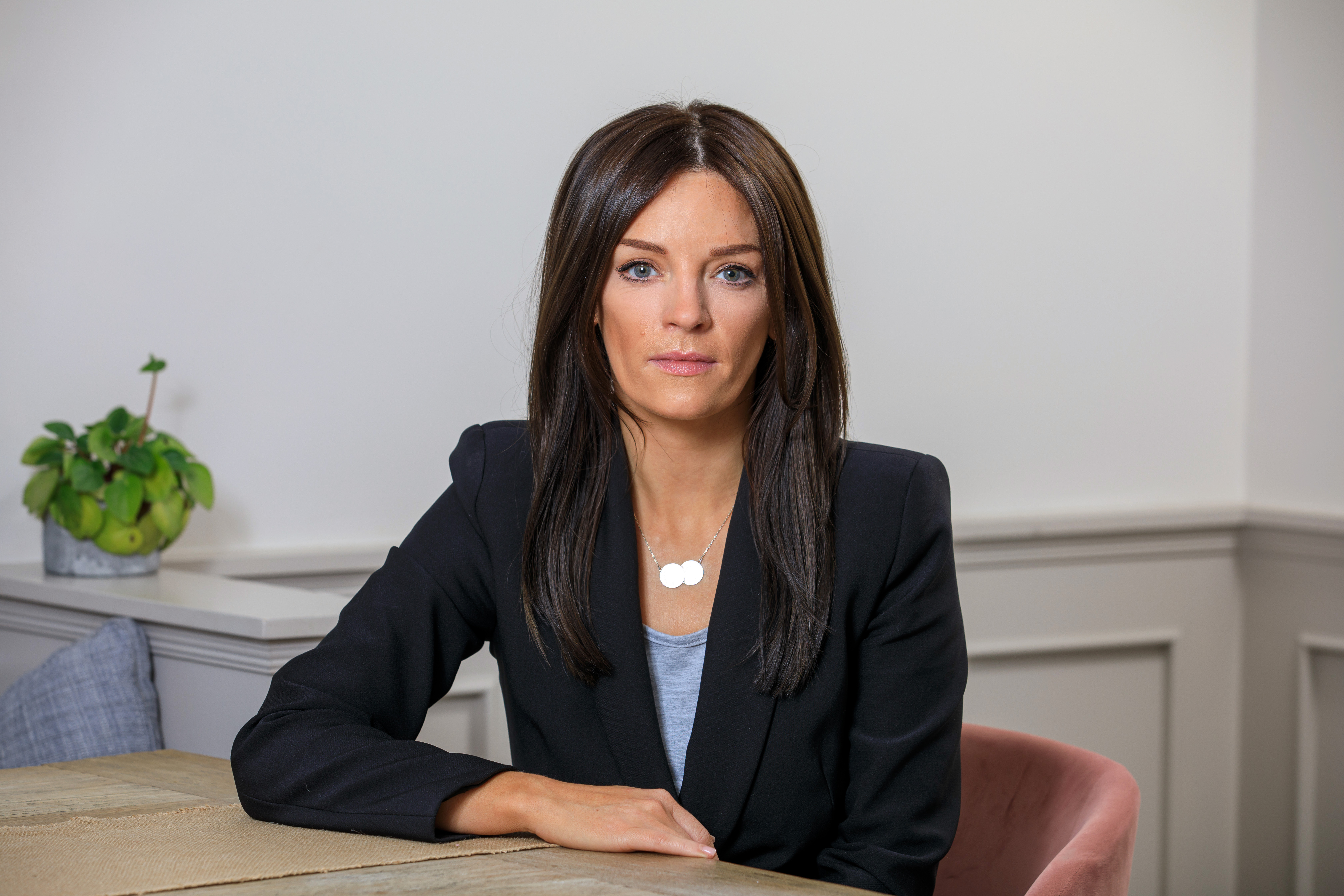 At 19, Lauren was asked to leave by her father — their relationship destroyedCredit: Oliver Dixon – The Sun

The Sun’s Crime Editor Mike Sullivan, who covered the case as an up-and-coming reporter, revealed: “He wanted £80,000 to reveal the truth about how Penny Bell was murdered, which clearly we didn’t pay.

“But we led him on in case this could have provided crucial evidence.

“Our reporter at the time, Rosie Dunne, went to meet him at a hotel where she secretly recorded him. I do stress that this is not the usual practice that a Sun reporter would adopt when meeting someone offering a story.

“But on this occasion you had a man who had been a suspect in a murder demanding £80,000 for a story. He could have provided information which would have helped the case.”

The story that Richmond told The Sun was certainly ­extraordinary. He claimed he and Penny had been having a secret relationship, and that he was the person she had gone to meet before she died.

But he also insisted he did not kill her — saying he kissed her goodbye and the last time he saw her was as he drove off, ­combing her hair in the mirror.

Richmond also claimed a man who Penny knew approached him to ­recommend a hitman.

He claimed the contract was for Penny, but that he only realised this after she was dead. 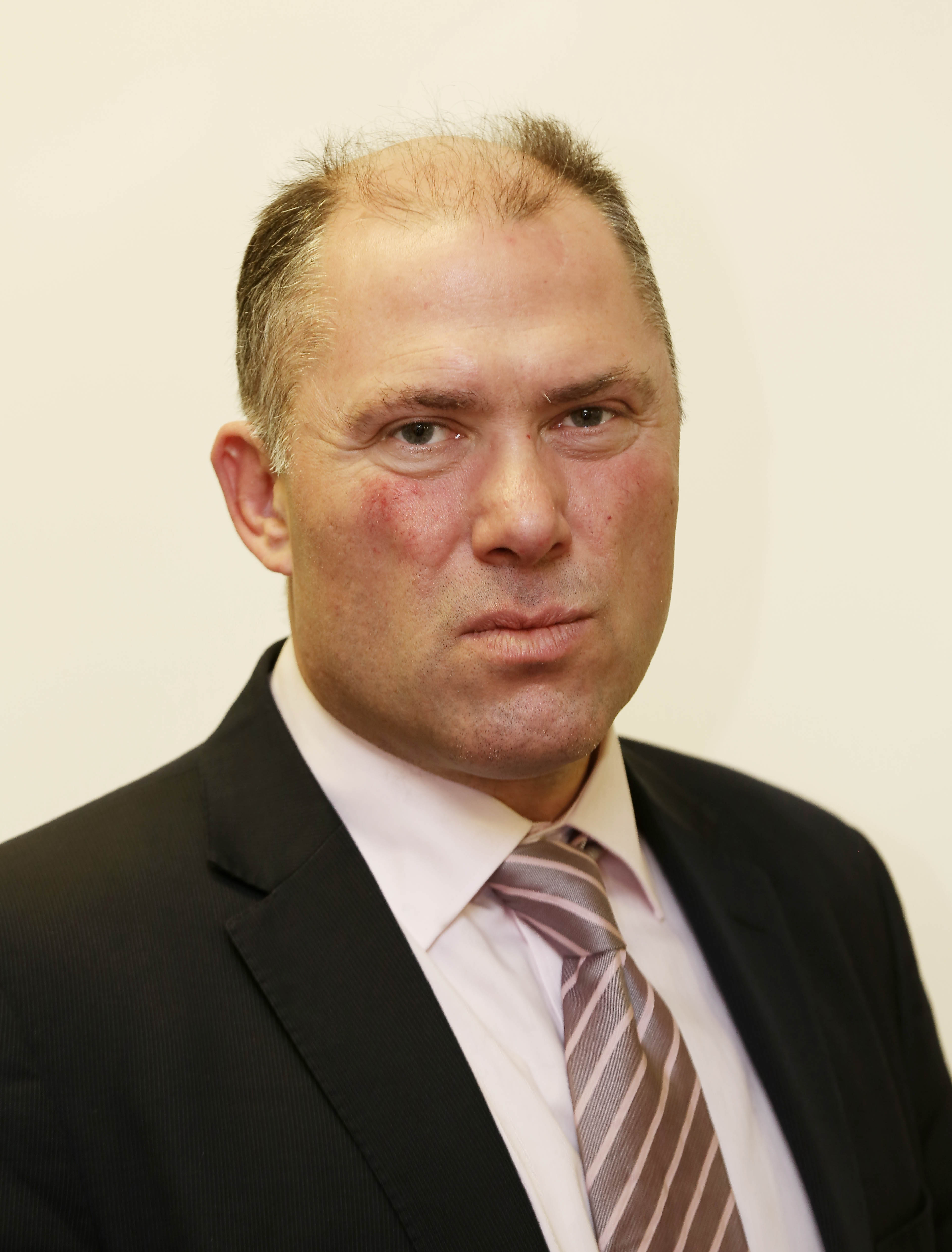 The Sun handed the tapes of ­Richmond’s recorded interviews to police. He has never been charged with any crime relating to Penny.

Mike Sullivan added: “Richmond was, however you want to look at it, pretty disgusting to try to capitalise on Penny’s murder.

“The story he came out with is bizarre, to say the least.”

While the twists and turns of the investigation played out in public, behind closed doors the Bell family was unravelling.

Alistair sent Matthew, to whom ­Lauren remains close, to boarding school. With just her and her dad left at home, Lauren says the ­atmosphere became “toxic”.

She said: “I actually remember him saying the words, ‘I’ll see you through school but from that point onwards I can’t do love any more’.

“And he was, bizarrely, very true to his word.”

When she turned 19, Alistair asked Lauren to leave — their relationship destroyed. She has not been in touch with him since. She said: “I had a bit of a breakdown after that which I think was probably inevitable.

“Not only did I not have memories of my mother, I did not have my father to reassuringly put his arm around me and say ‘you were loved’.” 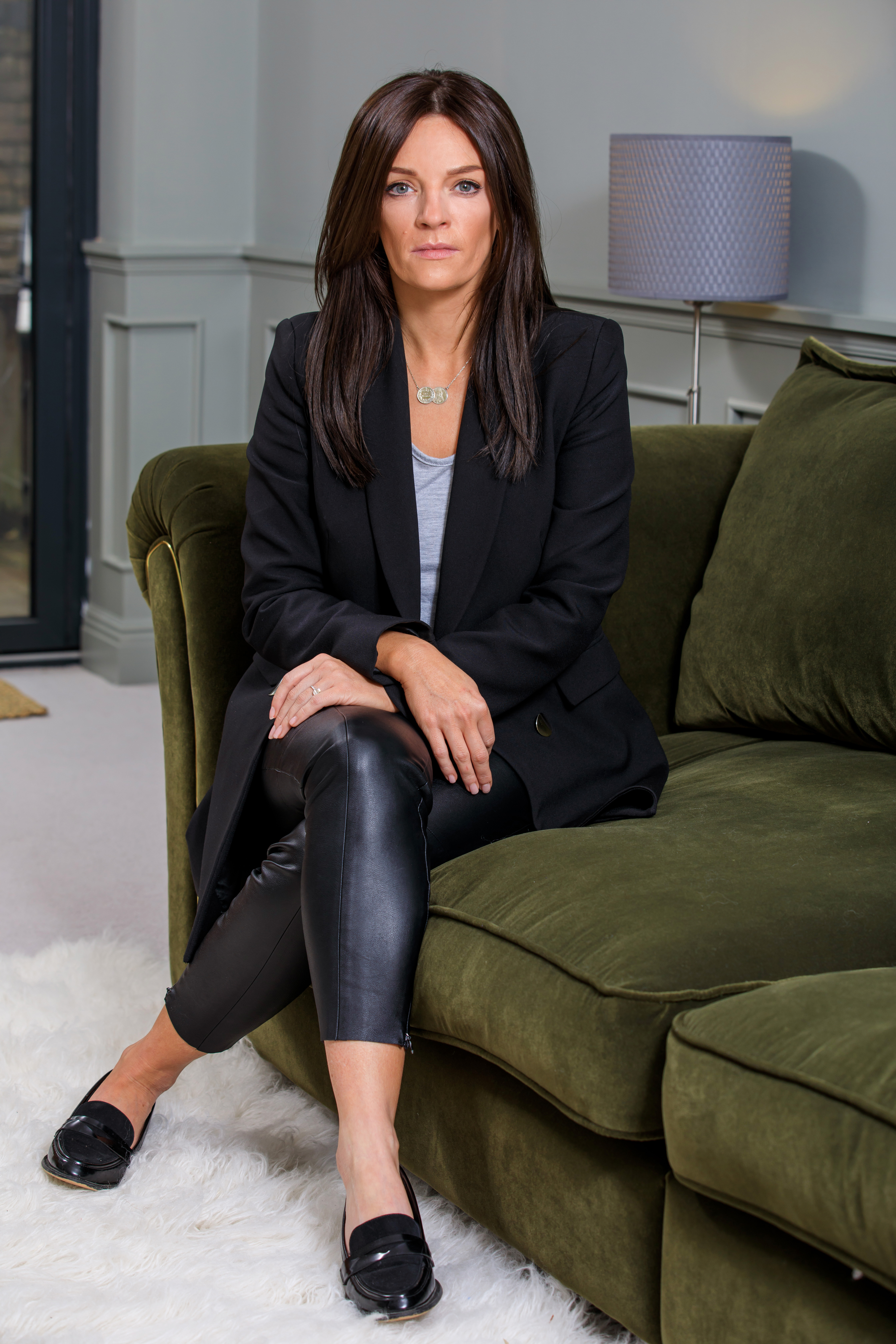 Lauren is desperate for any new ­information which might help the police crack the caseCredit: Oliver Dixon – The Sun

The Sun attempted to contact ­Alistair for his side of the story but he was unavailable to comment.

For Lauren, there is only one thing which could begin to ease the pain she has endured for 30 years.

She is desperate for any new ­information — no matter how small — which might help the police review team to finally crack the case.

A spokesman for the Met Police said: “No operation is ever closed and any new evidence would be assessed and recorded accordingly.”

Lauren said: “We are a family that needs those answers to heal and complete our grieving pattern.

“Although we know we will never get my mum back, what is so hard to accept is the not knowing.

“And also that there is somebody still out there who is able to carry out an act of violence to that degree, and is still walking our streets now. So it is really, really important for anybody that may know something, may know a lot. I can’t stress enough how much you would change our lives if you were to come forward.”

Meanwhile, Lauren hopes to keep her mother’s legacy alive in the form of her own six-year-old daughter — also called Penny.

She said with a smile: “My mum wasn’t just someone who was murdered — she achieved wonderful things and was a beautiful person.

“When my Penny is old enough, that is exactly what I will tell her. And I think she will be proud to have her name.”