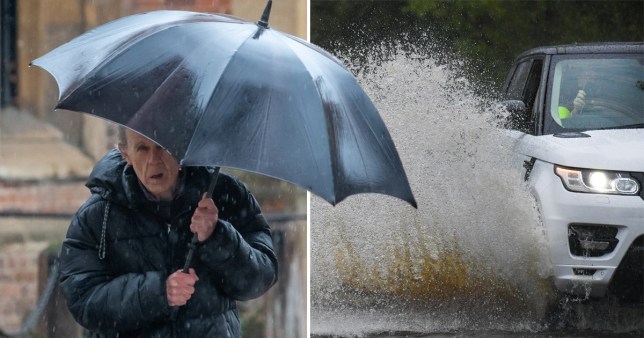 Thursday will bring sunny spells before a weekend of heavy showers and winds (Picture: SWNS/Getty)

The UK is in for a weekend of wet, windy and frosty weather before the next round of England’s lockdown measures ease on Monday.

Britons heading out on Thursday should pack both their umbrella and sunglasses as the UK is in for a series of sunny spells ‘but with showers never too far away’, say forecasters.

Another cold front will sweep across the country on Thursday afternoon with the air turning ‘significantly colder’, said Met Office meteorologist Clare Nasir.

The windiest conditions will be seen in Scotland and Northern Ireland, where showers will become heavy bringing a risk of thunder and hail.

Mid-Wales and central England is set to see the driest conditions and will be ‘pleasant’ in many areas, while the south will see plenty of scattered showers.

As spring temperatures gradually creep up, most areas across the UK will see highs between 9-15C. 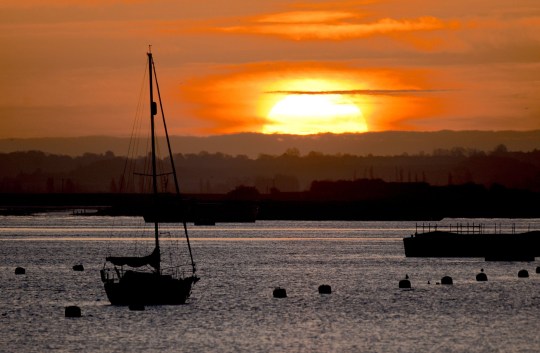 Thursday will bring ‘pleasant’ conditions to many areas before being battered by rain (Picture: Fraser Gray/Rex)

But tonight stronger winds with heavy showers will sweep across many northern and western parts, potentially reaching the east later on.

Meteorologist Clare Nasir said: ‘On Friday, that cold front is bringing with it showery bursts of rain, stronger winds, and the cold air really digs in through Friday and into Saturday.

‘Also the risk of widespread frost, the risk of ice, through Saturday morning and also some hill snow but it’s very transient.

‘On Sunday you’ll notice the temperatures recovering, again it’ll be a windy day with outbreaks of rain.’

Monday is expected to bring more persistent and heavy rain – but conditions will be drier in the south and very mild at times early in the week as restrictions lift around outdoor gatherings. 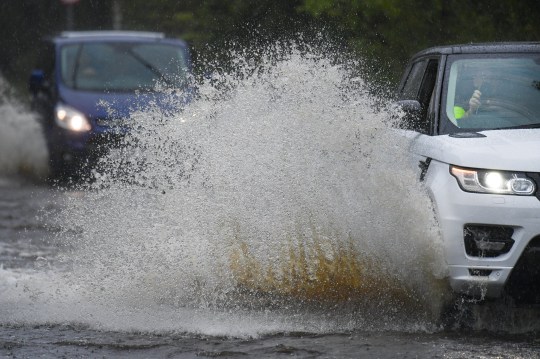 Heavy showers will batter much of the UK into the weekend (Picture: Getty) 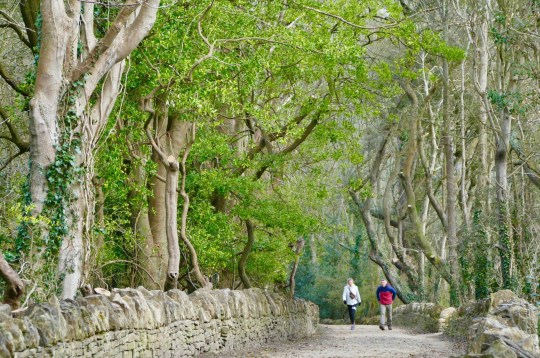 Many areas will see plenty of sunny spells on Thursday (Picture: Rex) 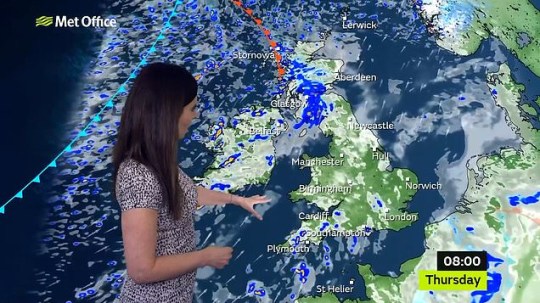 From March 29, the rule of six will return allowing more people to meet up outdoors, including in private gardens.

The number of people allowed to meet-up is restricted to six people from different households, or two whole households.

Outdoor sports facilities such as tennis and basketball courts, and open-air swimming pools, will also be allowed to reopen.

People will be able to take part in formally organised outdoor sports including amateur football leagues.

Foals and Bombay Bicycle Club announced plus how to get tickets