AN Audi driver who had a child in the car smashed into a lorry at 80mph during a police chase.

Driver Jake Ilsley, 26, sped off after police tried to pull him over in connection with an unrelated incident in Bedworth, Warks. 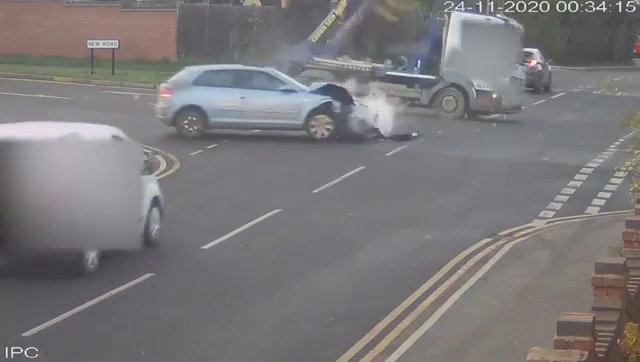 Terrifying CCTV footage shows Ilsley speed over a crossroads and smash into a skip lorry with such force the truck span 180 degreesCredit: SWNS 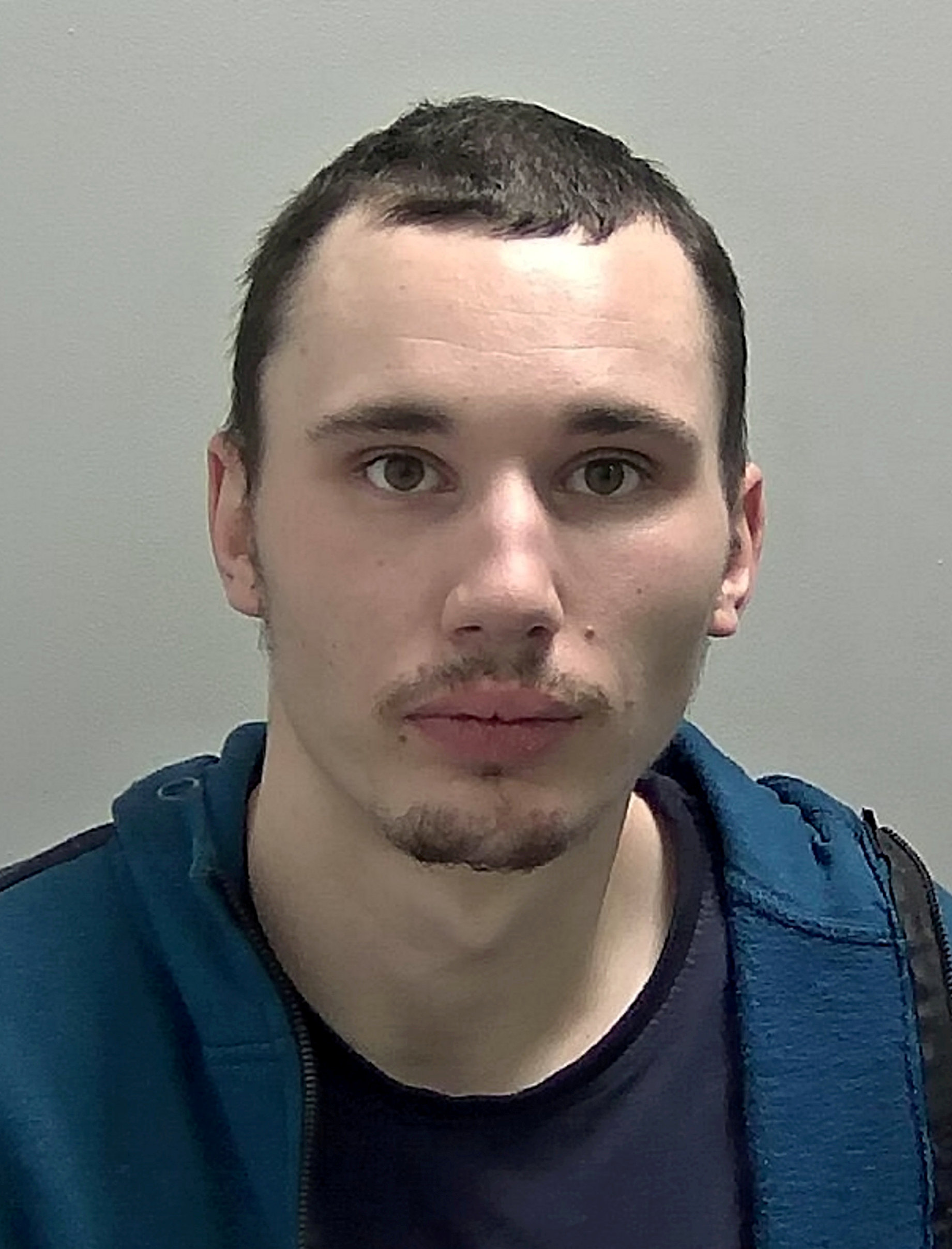 Jake Ilsley scrambled out of the wrecked car and attempted to flee on foot but was caught nearbyCredit: SWNS

Ilsley, who had a mum and 10-year-old daughter in the car, accelerated along Smorrall Lane in Bedworth, Warks., on November 23 last year.

PC Jack Maguire chased Ilsley who reached speeds of up to 84mph and drove on the wrong side of the road as he desperately tried to outrun police.

Terrifying CCTV footage shows Ilsley speed over a crossroads and smash into a skip lorry with such force the truck span 180 degrees.

The lorry driver was also ripped out of his seatbelt but escaped serious injuries.

Ilsley scrambled out of the wrecked car and attempted to flee on foot but was caught nearby.

It was an utterly shocking piece of driving.

The girl and her mum were able to climb out of the car and suffered minor injuries.

Ilsley, of Kersley in Coventry, admitted dangerous driving, exposing a child to unnecessary suffering/injury, failing to stop and driving without insurance.

On Tuesday he was jailed for 14 months and banned from driving for four years and seven months.

Recorder Nicholas Syfret told him: “The police perfectly properly wished to speak with the driver of a car, and it turned out you were that driver.

“For no good reason, you accelerated away from the police car and were pursued for a period of about five minutes, with the car reaching speeds of some 84mph.

“It came to an end in a way that everybody must regard as fortunate that nobody actually died, because of the number of people who had the potential to be killed – yourself, both of your passengers, people in any other car.

“It was an utterly shocking piece of driving. It is utterly inescapable for the court to pass an immediate custodial sentence.

“I am in no doubt you are genuinely remorseful, but this is simply much too bad a piece of driving to allow you to keep your liberty.”

PC Maguire said: “Ilsley’s shocking, reckless and utterly thoughtless actions endangered the lives of himself, his passengers and members of the public.

“It is a miracle that nobody was seriously hurt.” 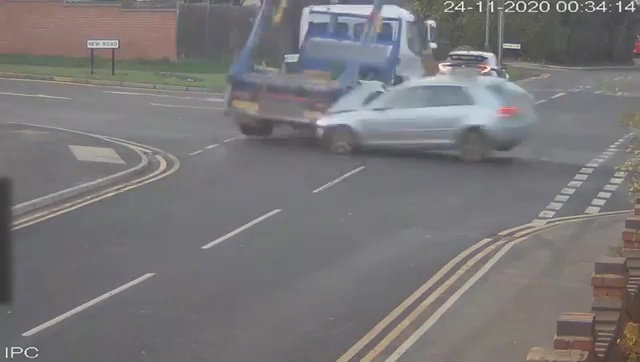 On Tuesday he was jailed for 14 months and banned from driving for four years and seven monthsCredit: SWNS