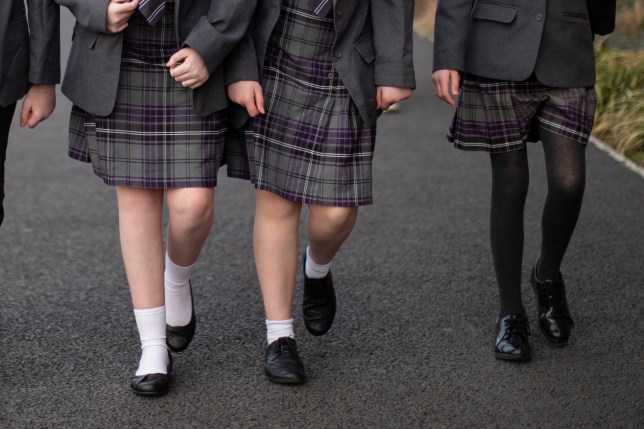 The headteacher at Wirral Grammar School for Girls said the pupil who started the petition should have spoken to her first (Picture: Getty Images)

A headteacher has said a pupil’s petition to give girls the right to wear trousers at school was ‘unacceptable behaviour’.

A pupil at Wirral Grammar School for Girls, in Merseyside, has garnered more than 2,500 signatures to change the school’s uniform policy and allow girls to wear trousers.

The petition says: ‘Wirral Grammar School for Girls is the only school on the Wirral which doesn’t allow girls to wear trousers to school, we are aiming to change this with your help!

‘Even if you wouldn’t wear trousers, supporting this means that people who would like to wear trousers would be able to do so!’

Wirral School’s policy states that changes to the dress code are ‘not negotiable’ because the uniform is a ‘very important part of the school’s identity and image’.

Headteacher Elaine Cogan also responded to the calls for change with a letter to parents that has been seen by the Liverpool Echo. It said: ‘A pupil of this school has started an online petition for a change in school uniform to include trousers. 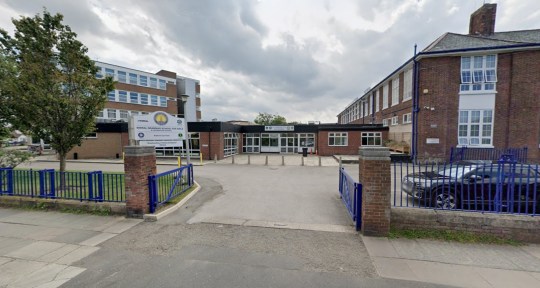 ‘This pupil did not speak to me regarding a request to change the school uniform before she took this action.

‘This is a great shame as if she had I would have told her that the uniform policy was already being discussed by the Board of Governors and these discussions would include myself and the new Headteacher if appointed next term.

‘I have spoken to this pupil and her friends but it seems that they believe that public action will force the Board of Governors to make a decision immediately. This is not how change takes place.

‘This behaviour is unacceptable particularly when there is no need. If the Board of Governors decide there is a call to change our uniform policy that would consult with parents of this school for their thoughts before any change was made. I would appreciate your support in this matter.’ 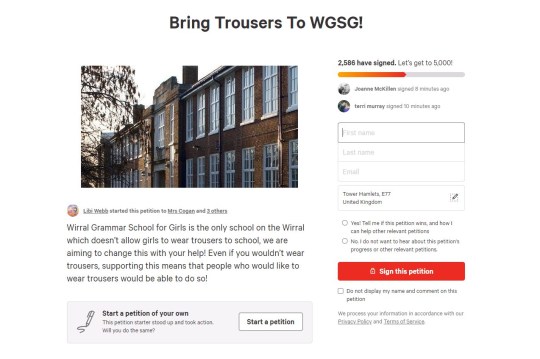 The petition has more than 2,500 signatures with signers labelling the school’s policy ‘archaic and sexist’ (Picture: Change.org)

Signers of the petition accused the school of an ‘archaic, nonsensical and sexist’ uniform policy.

‘That’s why all schools with an ounce of sense don’t make girls cold and vulnerable against their will. Break historical stereotypes of girls not reinforce them.’

Sarah McGarrity, claimed that a similar petition was denied 15 years ago. She added: ‘I have, however, managed a pretty successful career never wearing a skirt at work, not sure what the obsession is.’