THIS is the haunting moment a dying Covid patient, 73, desperately begged to see wife again, hours before losing his fight against the killer bug.

Key Worker Tony Brown died in Barnet Hospital, London after spending weeks in hospital hooked up to a ventilator 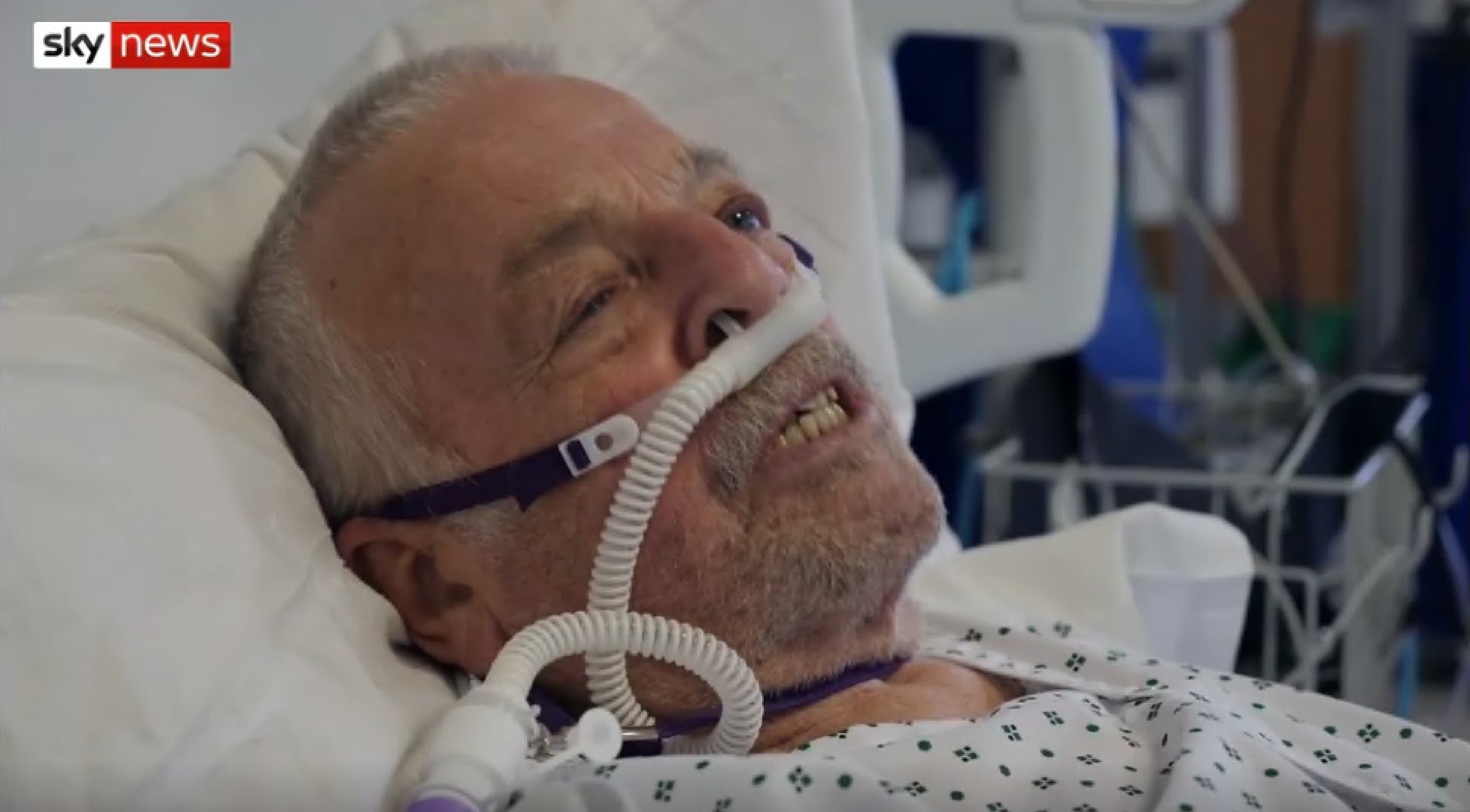 On Thursday the bread delivery man told Sky News he had not seen his wife Linda in a fortnight.

“Twice I went to ring my wife, to tell her I weren’t coming back. It is very hard.”

“Oh I miss her. I really miss her.

“But I hope to one day. Hopefully, I will. That’s all I want now. I don’t want anything else in life.”

Mr Brown believed he had caught the virus while at work and blamed people for not wearing masks and ignoring social distancing. 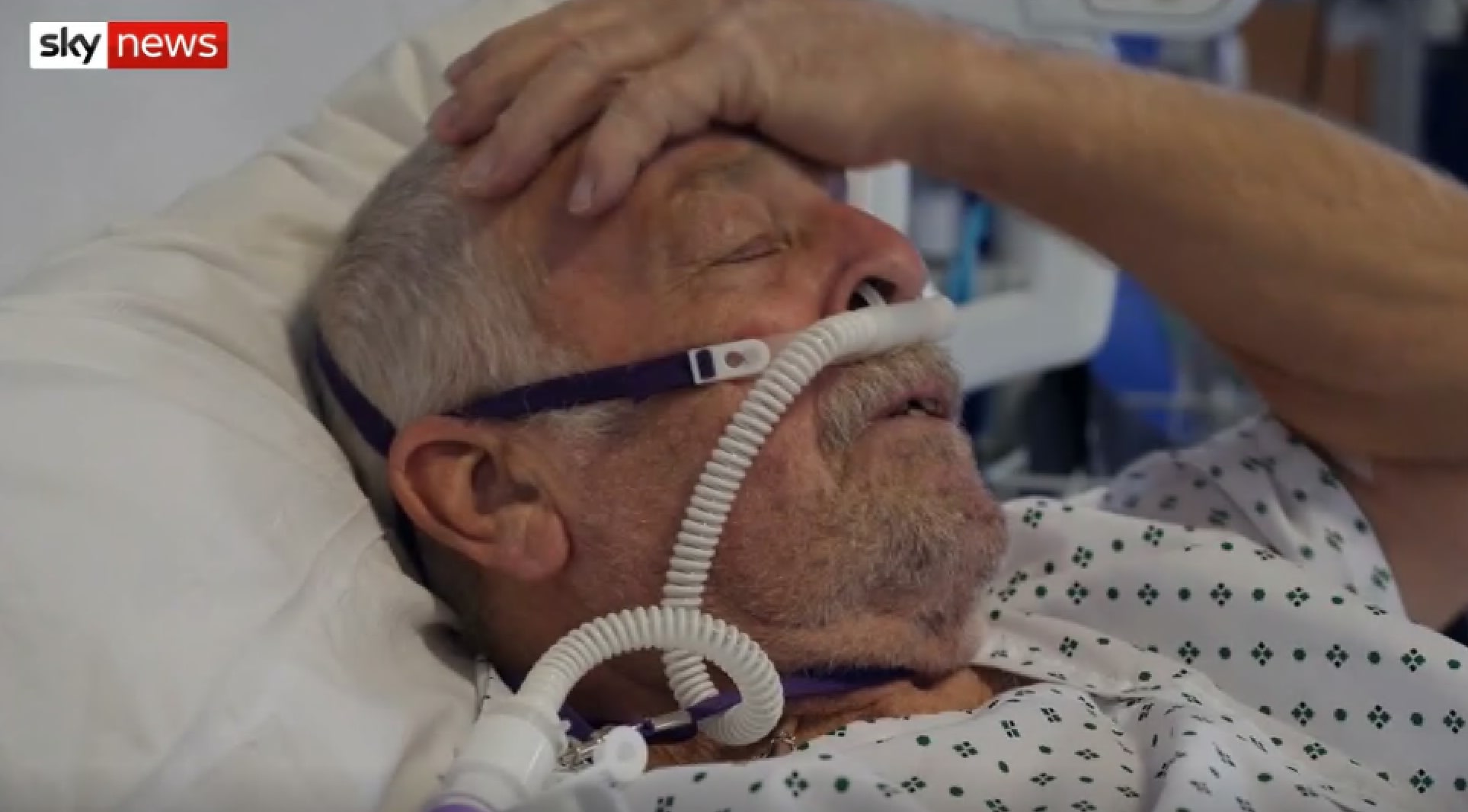 The lorry driver had not seen his wife Linda in two weeks Credit: Sky News 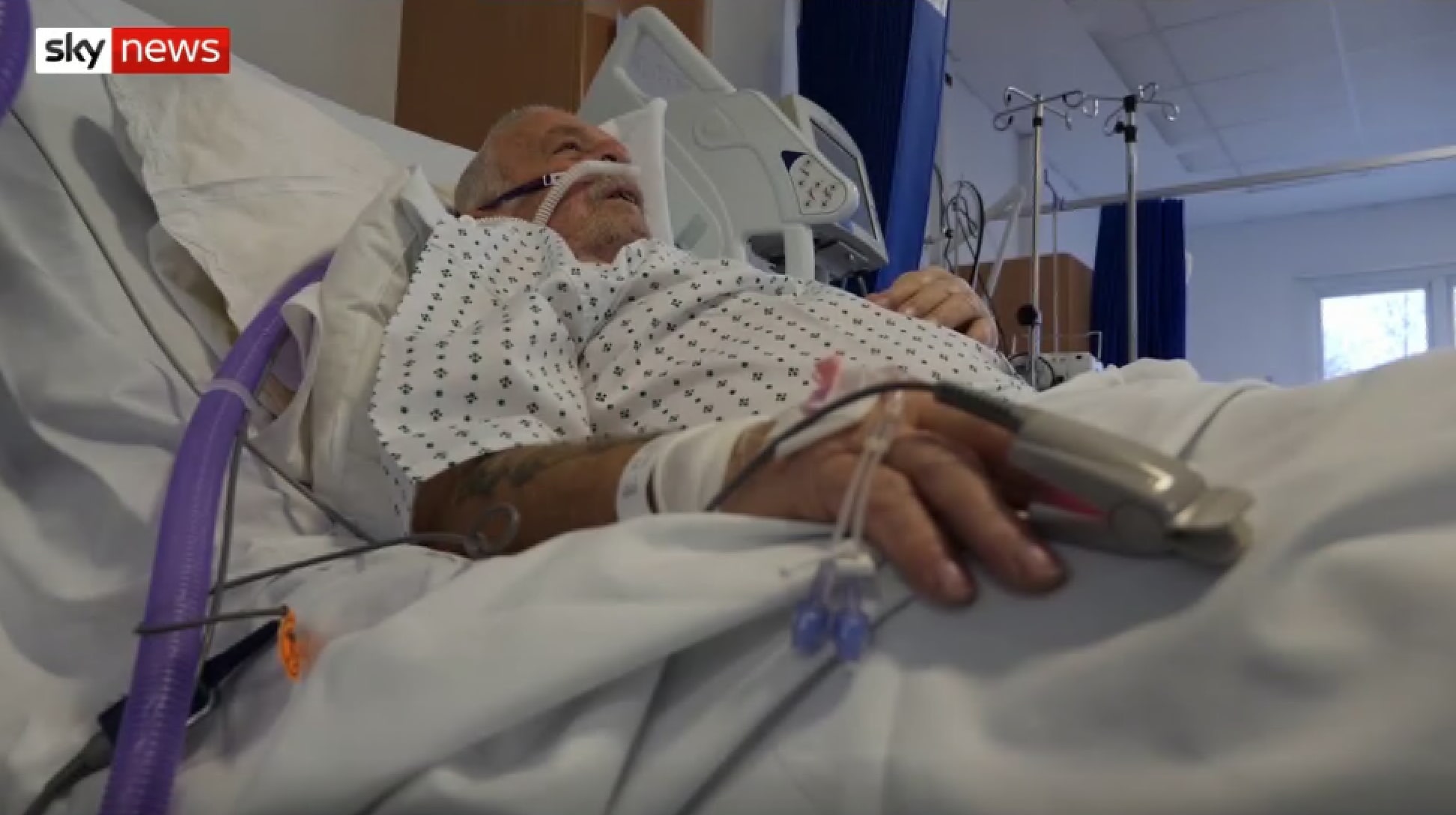 Mr Brown believed he had caught the virus while at workCredit: Sky News

He said: “If people would have taken a lot more care when this come out and hadn’t ignored it, we wouldn’t be such a mess we’re in.

“We wouldn’t have had so many deaths, so many people who are critically ill. And the NHS are fantastic, brilliant.”

He added: “We just all hope that we will live, and come out of it.”

By Friday Mr Brown had died, but had managed to speak to his wife over the phone.

Yesterday a record 4,000 Brits were fighting for their lives on ventilators amid fears that the Covid death rate could grow even further.

More people are using ventilators now – 4,076 – than during the peak of the first wave of the virus last year.

And UK Covid deaths grew by 610 but cases have dropped by 22 per cent in a week, with 30,004 new infections yesterday.

The drop in cases continues a downward trend since the latest lockdown was introduced, but deaths have risen 11 per cent in the last week.