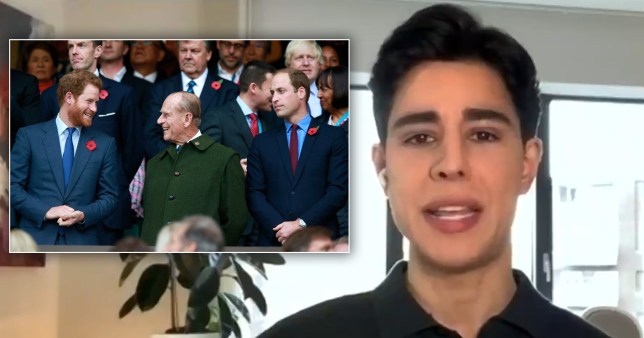 A friend of Prince Harry’s has said he and his brother William are ‘unified’ despite what it may look like to the outside world.

Some suggested Prince William was ‘taking a dig’ at his brother – who sensationally quit the Royal Family last year – in his tribute to his grandfather Prince Philip, who he said led a life ‘defined by service’.

Prince Harry however took a more light-hearted approach, calling Philip ‘master of the barbecue, legend of banter, and cheeky right ’til the end’ in a touching note.

But Omid Scobie, a journalist and friend of the Sussexes who wrote their biography Finding Freedom, said he believes their statements were just an expression of their ‘different personalities’.

‘I think for us on the outside it might look like that but I think we have to remember that that is William’s role, he is the future head of state and so he is really thinking about getting back to work. I don’t think it was anything aimed at his brother.,’ he told Good Morning Britain.

‘In fact I think across the board in the royal family right now everyone is really looking at putting differences aside to focus on what matters and that’s focusing on Prince Philip’s life and legacy but also rallying around the Queen during her time of need.’

Mr Scobie added: ‘I think if there’s anything that’s sort of beautiful about this week and in the days leading up to the funeral it’s about seeing a family unified in a way that we haven’t seen in so many years.’

Despite reports Meghan isn’t attending Prince Philip’s funeral because she ‘didn’t want to be the centre of attention’, Mr Scobie claimed she did want to be there. 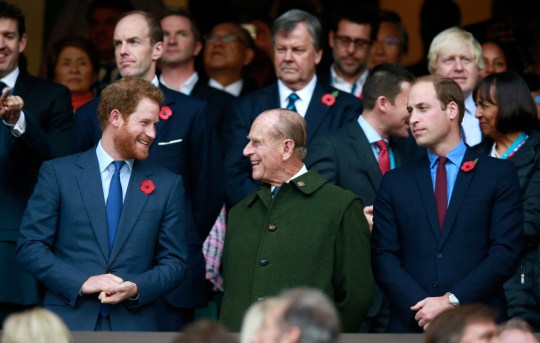 ‘Despite wanting to be there, unfortunately due to a lack of medical clearance, Meghan was unable to come here,’ he explained.

The two brothers are the first of Philip’s grandchildren to publicly honour his memory, after his four children each paid tribute over the weekend.

Although their statements were released independently, they were issued half an hour apart yesterday afternoon in a clearly coordinated approach.

Prince William’s tribute, which was released first at 2pm, read: ‘My grandfather’s century of life was defined by service – to his country and Commonwealth, to his wife and Queen, and to our family.

‘I feel lucky to have not just had his example to guide me, but his enduring presence well into my own adult life – both through good times and the hardest days. I will always be grateful that my wife had so many years to get to know my grandfather and for the kindness he showed her.

‘I will never take for granted the special memories my children will always have of their great-grandpa coming to collect them in his carriage and seeing for themselves his infectious sense of adventure as well as his mischievous sense of humour!’

In a statement issued through his foundation Archewell, Prince Harry said: ‘My grandfather was a man of service, honour and great humour. He was authentically himself, with a seriously sharp wit, and could hold the attention of any room due to his charm-and also because you never knew what he might say next.

‘He will be remembered as the longest reigning consort to the Monarch, a decorated serviceman, a Prince and a Duke.

‘But to me, like many of you who have lost a loved one or grandparent over the pain of this past year, he was my grandpa: master of the barbecue, legend of banter, and cheeky right ’til the end.

‘He has been a rock for Her Majesty The Queen with unparalleled devotion, by her side for 73 years of marriage, and while I could go on, I know that right now he would say to all of us, beer in hand, “Oh do get on with it!”’