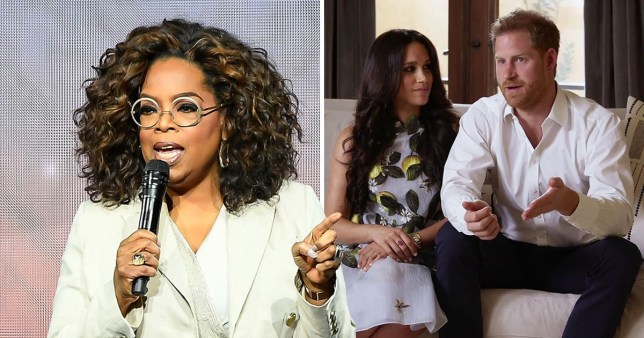 Harry and Meghan are said to be ‘relieved’ to be away from royal life (Picture: Getty Images/Spotify)

The Duke and Duchess of Sussex will open up about the ‘tension’ within the Royal Family during their interview with Oprah Winfrey, it has been claimed.

Harry and Meghan are expected to be ‘very candid’ in the eagerly awaited CBS special now that they have officially been released from royal duties.

The couple made the bombshell announcement in January last year that they were stepping down as senior royals to begin a new life in America.

And on Friday it was confirmed the duke and duchess would be stripped of their royal patronages, making their departure from the palace permanent.

It followed a turbulent year in which pair’s new position as quasi-royals was called into question as they signed multi-million deals with Spotify and Netflix while Meghan invested in a start-up business selling vegan coffees.

Palace insiders say the split has damaged Harry’s relationship with his brother William, who was said to be ‘really sad and genuinely shocked’ at the Sussexes’ parting shot at the Queen as their patronages were removed.

The duke and duchess were also said to have upset the monarch by not telling her they were planning the interview, although it is not thought this is why their remaining titles were stripped. 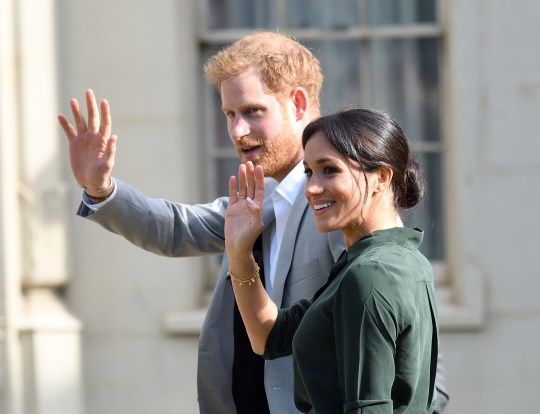 The duke and duchess are expected to be ‘very candid’ about tensions with the family (Picture: WireImage)

A source close to the duke and duchess told E!: ‘There is a lot of tension between them and the Royal Family.

‘The interview is going to shine a light on what they have been through. Meghan and Harry are relieved they are away from it all.’

Harry and Meghan will talk to Oprah a lot about their mental health during the saga, according to the insider.

A press release announcing the 90-minute special said that Meghan will talk about ‘stepping into life as a royal, marriage, motherhood, philanthropic work to how she is handling life under intense public pressure.’ 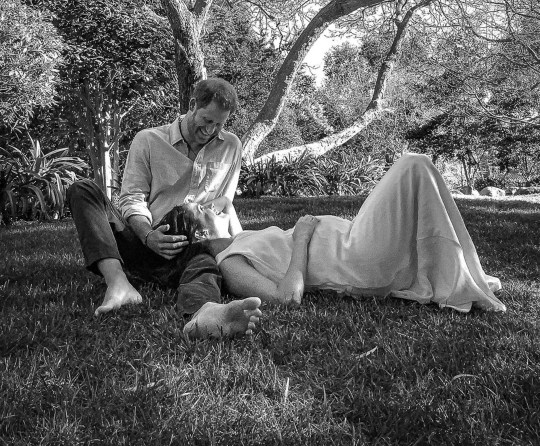 Harry and Meghan announced on Valentine’s Day that they are expecting their second child (Picture: AFP)

It adds: ‘Later, the two are joined by Prince Harry as they speak about their move to the United States and their future hopes and dreams for their expanding family.’

Producers were said to have ‘significantly’ edited the interview after the Queen permanently stripped them of their patronages.

One TV insider told the Mirror that CBS would ‘ideally’ like them to re-shoot some of the interview before it airs on March 7 so they can talk about their permanent severance from the palace.

A source close to Meghan claimed the actress was ‘pained’ to lose her ‘voice and independence’ after joining the monarchy and that she hopes her interview with Oprah will be the ‘loudest way’ to get it back.