A WRITER has come under fire for tweeting that Prince Philip “deserved pain” in reply to the Palace’s announcement of the duke’s death.

Karen Geier, who boasts of her work for The Guardian, was disowned by the newspaper following backlash for the post on Friday. 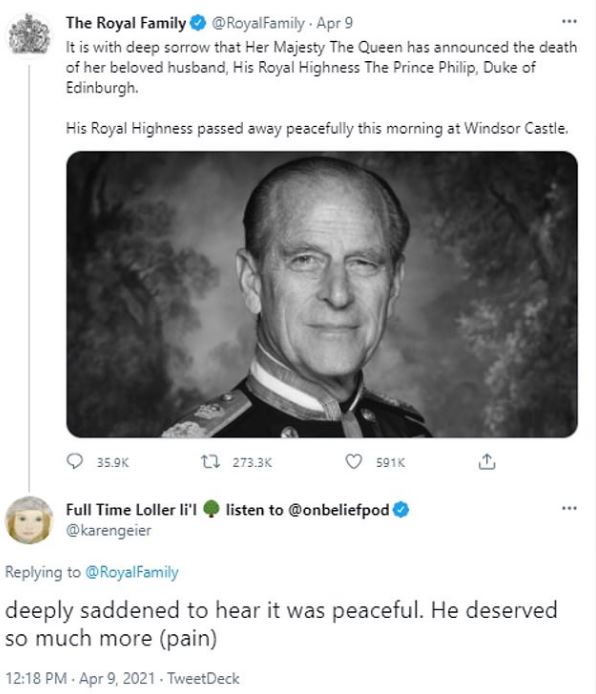 The troll responded to the Palace’s official announcement on Twitter on FridayCredit: Twitter/karengeier 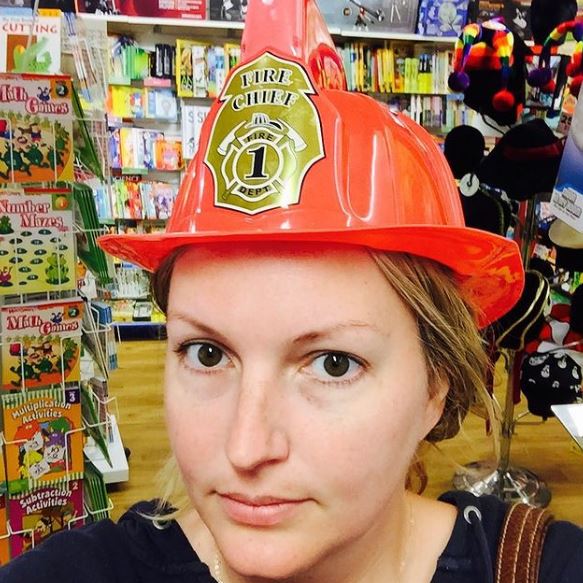 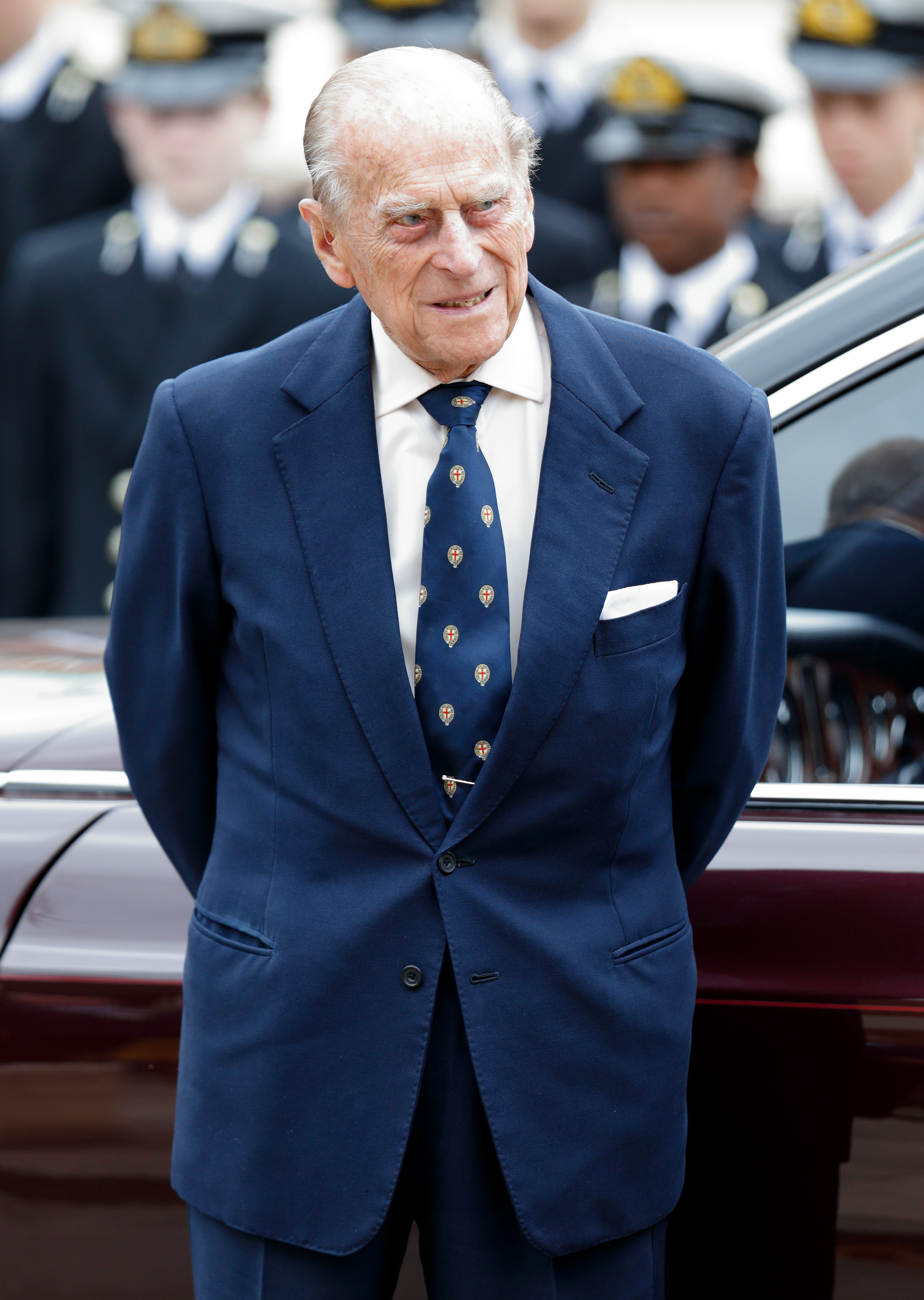 Prince Philip passed away on Friday in his private apartment at Windsor CastleCredit: Getty

Responding to the official Palace announcement that Prince Philip had “passed away peacefully”, Geier sneered: “deeply saddened to hear it was peaceful.

She added: “He deserved so much more (pain).”

The tweet has since gone viral with more than 17,000 likes and 932 retweets since it was posted on Friday.

The Canadian-based podcaster and journalist did not apologise for the tweet but instead told her critics to “get lives”.

A spokesman told the Mail Online: “Karen Geier is not a Guardian writer – she wrote one article for us five years ago.

“Her views do not reflect the views of The Guardian.”

Actor turned activist who is running for London Mayor responded to Geier’s tweet saying: “It’s so hard not to despise these people and their visceral hatred of the nation which provides them the comfort to spit their bile.

‘”I’m so grateful I don’t have to spend more than a passing moment in your thoughts.”

Meanwhile, the Queen has been left with a “huge void” after Prince Philip’s death, Prince Andrew revealed today.

The 61-year-old said the family are rallying around his mother after the Duke passed away aged 99 on Friday following more than seven decades of service to the country.

The prince said the 94-year-old monarch had described her husband’s passing as a “miracle”.

He said: “She described it as having left a huge void in her life, but we the family – the ones that are closer – are rallying round to make sure we’re there.”

It comes as Prince William and Kate Middleton pay tribute to Prince Philip days after his passing.

The Cambridges’ official website for the Royal Foundation was updated today with a large black and white portrait of Prince Philip.

The picture shows the duke smiling widely at the camera, dressed formally in a suit.

It was announced yesterday that the Queen and the Royal Family would observe two weeks of mourning for Prince Philip.

The Queen has signed off on the final arrangements to lay to rest her husband of more than 70 years.

The monarch approved the Prime Minister’s recommendation to announce a state of national mourning which is to be “observed by all” until Philip’s funeral on April 17.