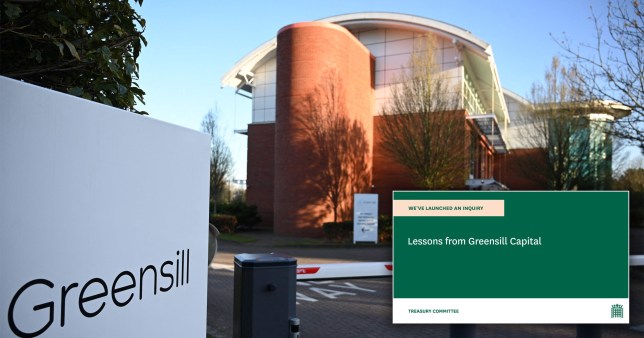 The Treasury committee has announced that it will launch an inquiry into the ‘lessons from Greensill Capital’ (Picture: Getty)

The Treasury Committee has announced it will launch an inquiry into the David Cameron lobbying scandal despite MPs voting against it.

The former Prime Minister has become the centre of a political storm after texting ministers, including the Chancellor Rishi Sunak, on behalf of the finance firm Greensill Capital, which collapsed in March.

Boris Johnson ordered his MPs to oppose a Labour motion today to establish a parliamentary probe into Mr Cameron’s lobbying.

But in a blow to the PM, the cross-party Treasury Committee have said they will investigate anyway.

A statement on Twitter said: ‘We’ve just announced that we will launch an inquiry into the lessons from #Greensill Capital.

She said the Government was ‘already’ looking at the effectiveness of existing rules on lobbying, and working to ‘improve and extend’ the Advisory Committee on Business Appointments regime.

The Treasury Committee’s inquiry will examine ‘the appropriateness of the Treasury’s response to lobbying’ over Greensill.

Committee chairman Mel Stride said: ‘The Treasury Committee had previously decided to carefully consider these issues as part of its regular and upcoming evidence sessions with HM Treasury and its associated bodies, including the Financial Conduct Authority and Bank of England.

‘In addition to this, we have now decided to take a closer look by launching an inquiry to investigate the issues that fall within our remit. We will publish further details when we launch the inquiry officially next week.’