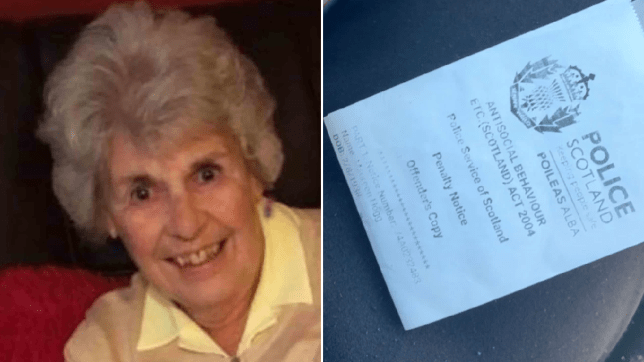 A great-gran, 82, has been fined £60 for ‘antisocial behaviour’ after she was caught attending an illegal gathering for a friend’s 70th birthday.

Maureen Hogg was handed the fine after officers broke up the party in Eaglesham, East Renfrewshire, during the weekend. A neighbour raised the alarm around 9pm after seeing around a dozen pensioners attend the bash, The Sun reports.

In Scotland, current Covid restrictions dictate that gatherings must take place outside, and be limited to only four people from two different households.

Maureen’s granddaughter Daisy, 17, stated that everyone who attended the birthday party had been fully vaccinated. All of them received fines for their ‘antisocial behaviour’.

Daisy took to Twitter to share her reaction to the news. She wrote: ‘Howling that my 82-year-old Gran got a covid fine cause she got caught at a gaff for someone’s 70th.

‘Taken home by the police and everything, she is who I aspire to be like at 82.’ 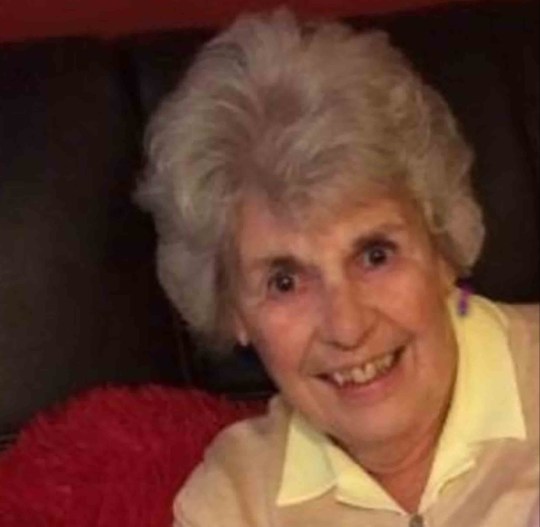 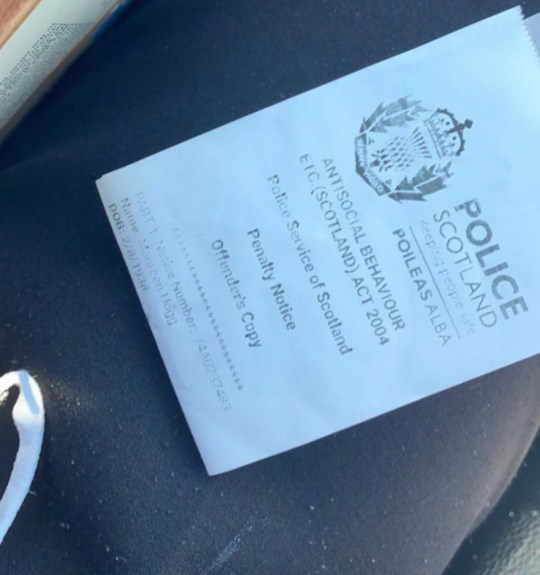 A neighbour reported the party, which was attended by around a dozen pensioners (Picture: Daisy Hogg/ Deadline News)

Daisy also shared a screenshot from her family WhatsApp group, which showed a message from her mum, saying: ‘Gran’s been charged with antisocial behaviour by Police Scotland.’

Maureen will now be relying on her son to help her pay the fine, as it has to be done online, Daisy said. The amount will be reduced to £30, if paid within seven days.

Daisy added: ‘She’ll probably still see her friends, she does like going to see them. I don’t think this will put her off.

‘She’s been shielding for over a year. Now he’s got her vaccine she was sick of shielding for no reason. She’s quite a social person, she’s got lots of friends.’ 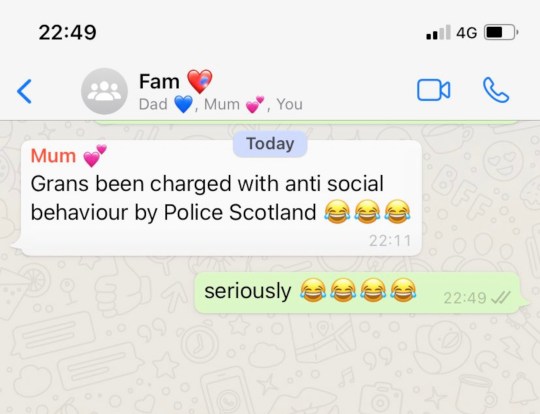 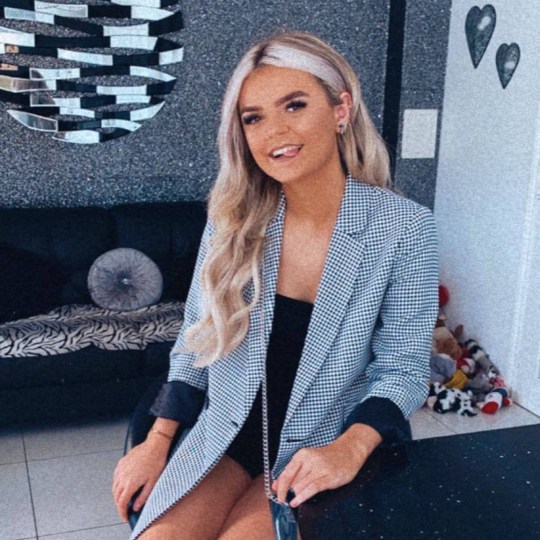 The teenager said her dad would be helping her pay the fine online (Picture: Daisy Hogg/ Deadline News)

A spokesperson for Police Scotland said: ‘We were called around 9pm on Sunday, 11 April, 2021 following a reported breach of coronavirus regulations at a property on Kirkton Drive, Eaglesham.

‘Officers attended, spoke to those involved and seven fixed penalty notices were issued.’