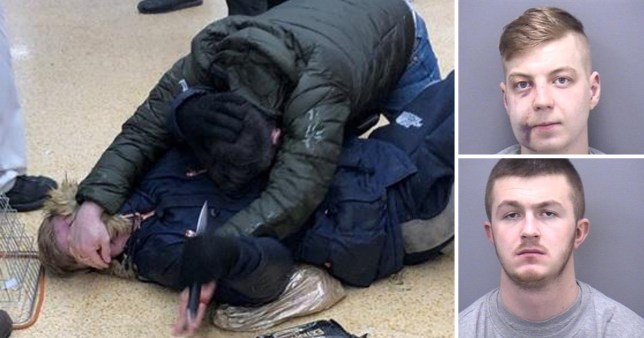 The hero shopper in his 50s spent a week in intensive care (Picture: Hyde News & Pictures)

This shocking image was taken moments before a thug stabbed a man who tried to stop him stealing bottles of whiskey from a supermarket.

Connor Beckett, 23, can be seen clutching the knife in his hand as the brave shopper in his 50s took him to the ground.

Seconds after the image was captured on CCTV, the knifeman plunged the blade into the Good Samaritan’s stomach, leaving him with serious injuries.

Today Beckett was jailed for 12 years over the incident at the Sainsbury’s in Poole, Dorset on February 10 last year.

His accomplice, Jack Torpey, 22, was also given an eight month prison sentence.

At around 4.35pm the two thieves entered the supermarket and placed a number of bottles of Jack Daniels whiskey in a shopping basket.

As they attempted to leave without paying, they were spoken to by shop staff, at which point Beckett became aggressive and punched a worker in the face, knocking them to the floor. 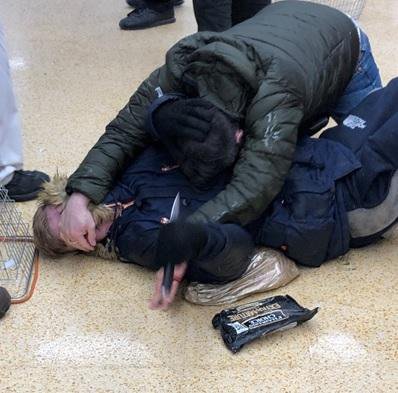 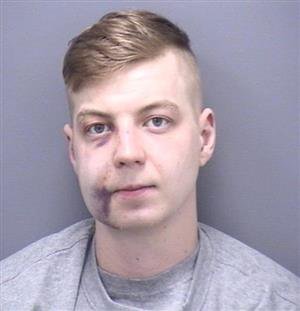 Beckett, 23, was jailed for 12 years over the incident at Sainsbury’s (Picture: Hyde News & Pictures)

Then one of the staff members went to restrain Thorpey when a member of the public who was just entering the shop tried to pin down Beckett.

A struggle ensued and Beckett pulled out a knife from his pocket and was able to get back to his feed.

The shopper realised his wallet had fallen to the floor during the altercation and that Beckett had picked it up.

He grabbed hold of the shoplifter to try and get it back, at which point Beckett freed himself and stabbed the Good Samaritan on the left side of his abdomen.

The defendants then left the scene, taking a bottle of whiskey and the wallet with them. 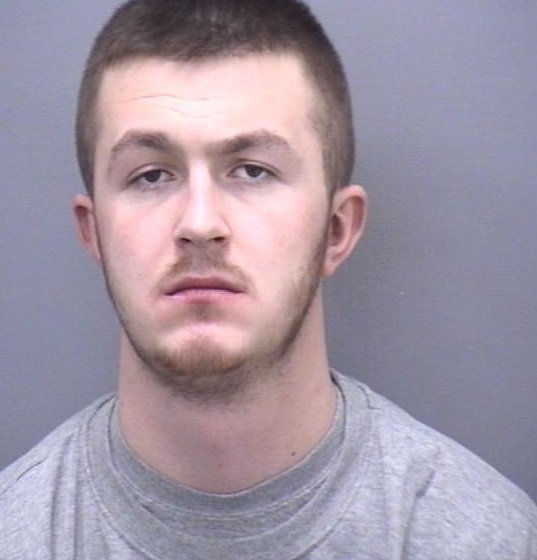 The victim was taken to hospital for treatment for the stab wound, as well as injuries to his hand and head. He remained in intensive care for a week.

The two thieves went on to use victim’s bank cards a number of times that evening and the following day, carrying some successful transactions but also failing to pay for items several times.

Detective Sergeant Garry Knight, of Bournemouth CID, said: ‘The violence displayed by Jack Torpey, and particularly by Connor Beckett, was shocking and the actions of the shop staff and members of the public at the scene were truly courageous in the face of that.

‘I would like to thank these people not only for the courage they displayed on the day but also for supporting the investigation and giving evidence in court.

‘Thanks to the assistance of these individuals, we were able to bring these men to justice for their crimes.

‘I especially want to praise the victim, who suffered a horrific injury as a result of his heroic attempts to assist the shop staff.’