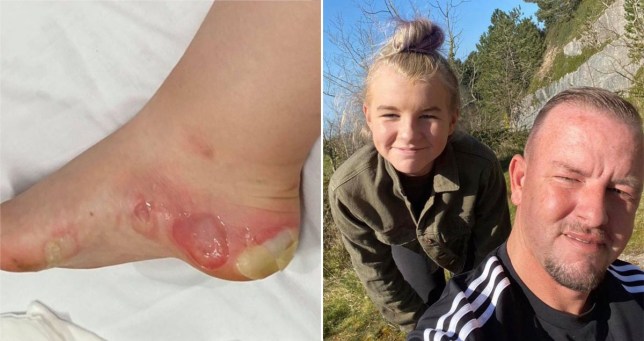 A 13-year-old girl suffered severe burns after accidentally brushing a noxious weed which has been described as Britain’s most dangerous plant.

Doctors fear Autumn Firth may need skin grafts on her feet if they do not recover from the ‘extremely painful’ burns caused by contact with a piece of giant hogweed.

The giant hogweed’s sap is phototoxic, meaning it causes a harmful chemical reaction on the body when exposed to light.

Autumn felt no pain after stepping on the plant while barefoot on a riverbank in Denbigh Wales, but continued to play in the sun for an hour.

Her father Jonathan, 35, said: ‘She didn’t feel any pain or discomfort all afternoon and evening, but she woke up at 5.55am to pain on her foot.

‘She called me into her bedroom and said it felt like it was pulsating and
tingling – she was terrified as she didn’t know what was happening to her
foot.

‘I immediately took her to Glan Clwyd A&E when she was
dressed. The doctors said they were deep and quite severe burns.

Autumn has had to use crutches and painkillers to cope with the burns and must return to the hospital for a new dressing every other day. 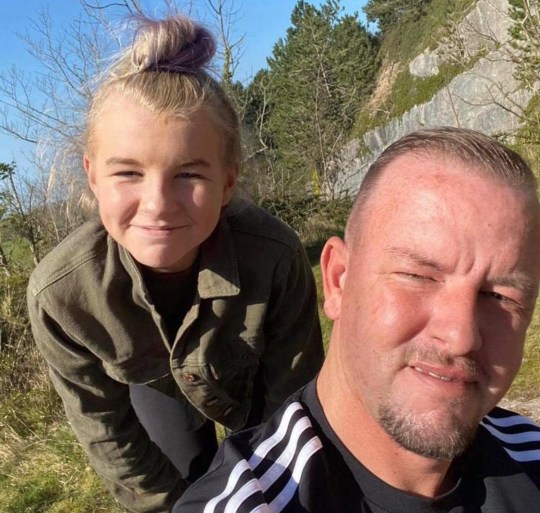 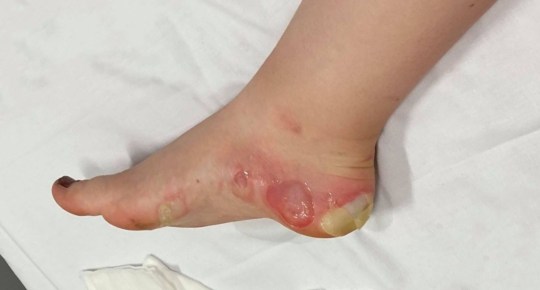 Jonathan added: ‘She’s had special gel on her heel because it was so deep, to
try to build the flesh back up.

‘They have mentioned the possibility of her needing a skin graft on her
heel but are seeing how it goes for the next few visits.

‘They say it’ll take a long time to fully heal.’

Many countries have active controls against giant hogweed, and in the UK it is a criminal offence to cause it to grow in the wild. 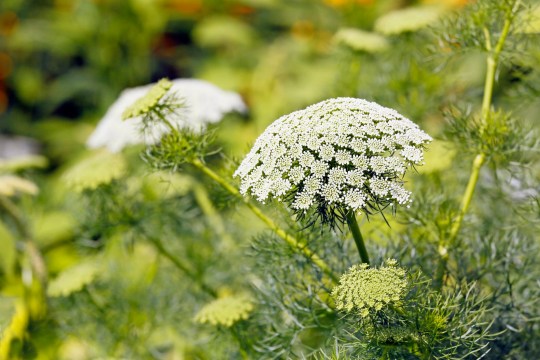 The Mersey Basin Rivers Trust has described the species as ‘without a shadow of a doubt, the most dangerous plant in Britain’.

The Woodland Trust advises anyone exposed to the plant to thoroughly wash the area of contact and keep it out of sunlight for a few days.

Jonathan added: ‘Please just check before letting your kids play outside, it’s a huge plant so if it’s taught about then it’s more easily avoided.

‘I’ve read it grows near streams and rivers as that’s how the seeds spread,
so just be vigilant – it only takes moments to read about it enough to recognise it.’