A 220 MILLION-year-old footprint has been discovered by a four-year-old girl on a beach in Wales.

Lily Wilder made the incredible discovery earlier this month, while on walk in Barry, South Wales, with her dad Richard. 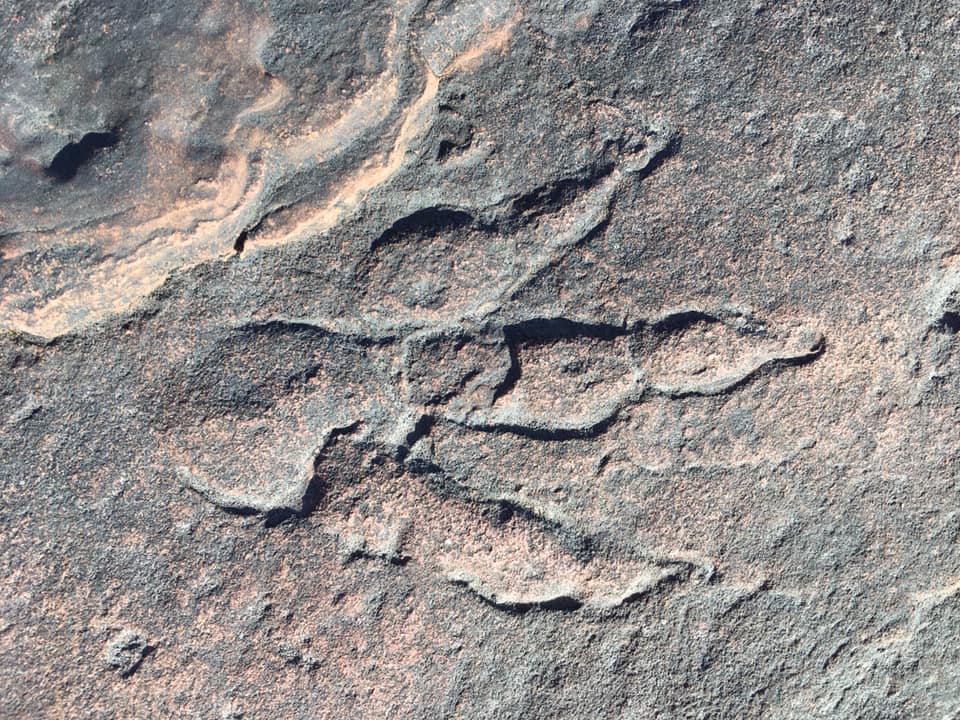 The four-year-old Lily discovered the footprint while out for a walk with her dadCredit: Wales News Service 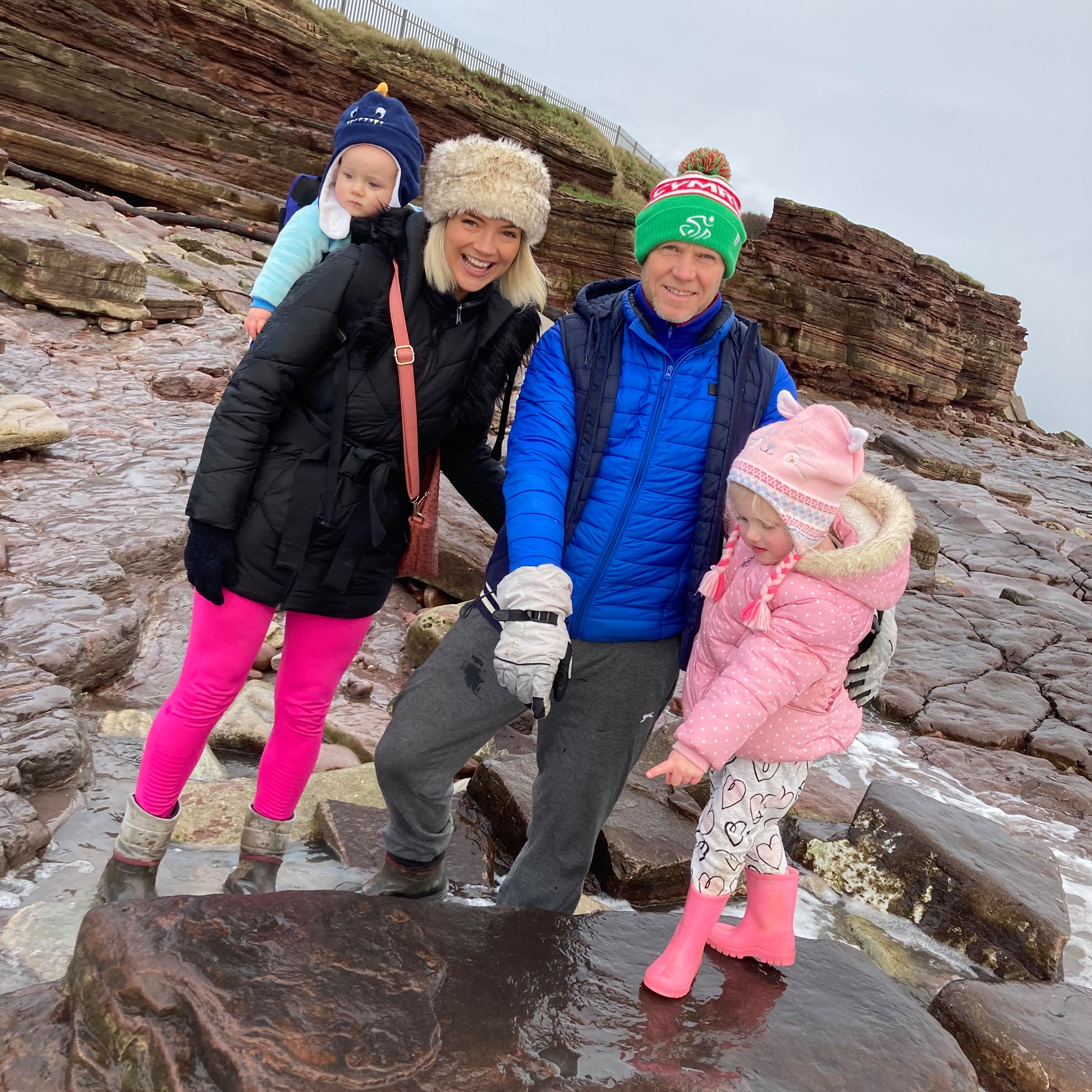 National Museum Wales paleontology curator Cindy Howells described it as the “best specimen every found” at Bendricks Bay – a beach well known for its dinosaur footprints.

“It was Lily and Richard [her father] who discovered the footprint,” said Lily’s mum Sally.

“Lily saw it when they were walking along and said ‘Daddy look’.

“We weren’t even sure it was real.

“I was imagining an artist had gone down and scratched it out, but I knew dinosaur footprints had been found along that piece of coast before so I just thought I’d ask some people.”

It is impossible to tell which dinosaur made the print, but as it is 10cm long it is believed to be from a type that stood 75cm tall and 2.5m long.

It would have been slender and walked on two hind feet, hunting small animals and insects.

Permission had to be sought from Natural Resources Wales to legally remove the fossil from the beach, which is a site of Special Scientific Interest.

It was removed earlier this week and will now be studied by experts at the National Museum in Cardiff.

“We were thrilled to find out it really was a dinosaur footprint and I am happy that it will be taken to the national museum where it can be enjoyed and studied for generations,” mum Sally said.

Curator of Amgueddfa Cymru – the National Museum Wales – Ms Howells said the print will give scientists a better idea about early dinosaurs walked.

She said: “Its acquisition by the museum is mainly thanks to Lily and her family who first spotted it.

“During the Covid pandemic scientists from Amgueddfa Cymru have been highlighting the importance of nature on people’s doorstep and this is a perfect example of this.

“Obviously, we don’t all have dinosaur footprints on our doorstep but there is a wealth of nature local to you if you take the time to really look close enough.”

Ben Evans from British Institute for Geological Conservation called it an “amazing specimen”.

He told Wales Online: This beach is a site of special scientific interest and while we encourage people to visit and use it responsibly, collection of rocks, minerals and fossils from this site is not permitted.”

Similar footprints have been found in the USA which have been made by the dinosaur Coelophysis – a type which did not occur in the UK. 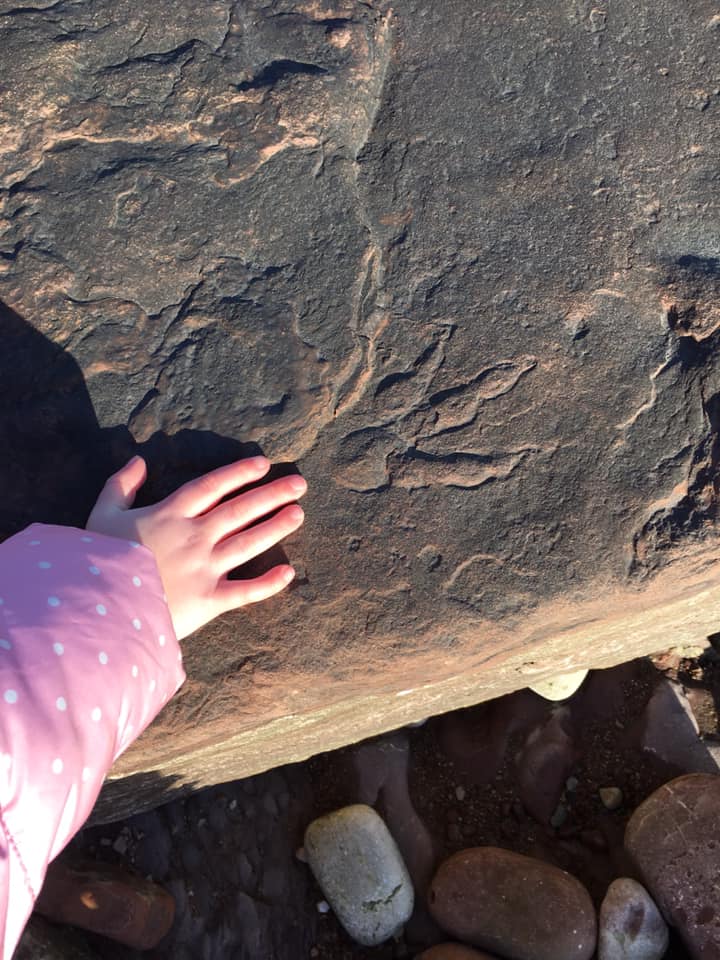 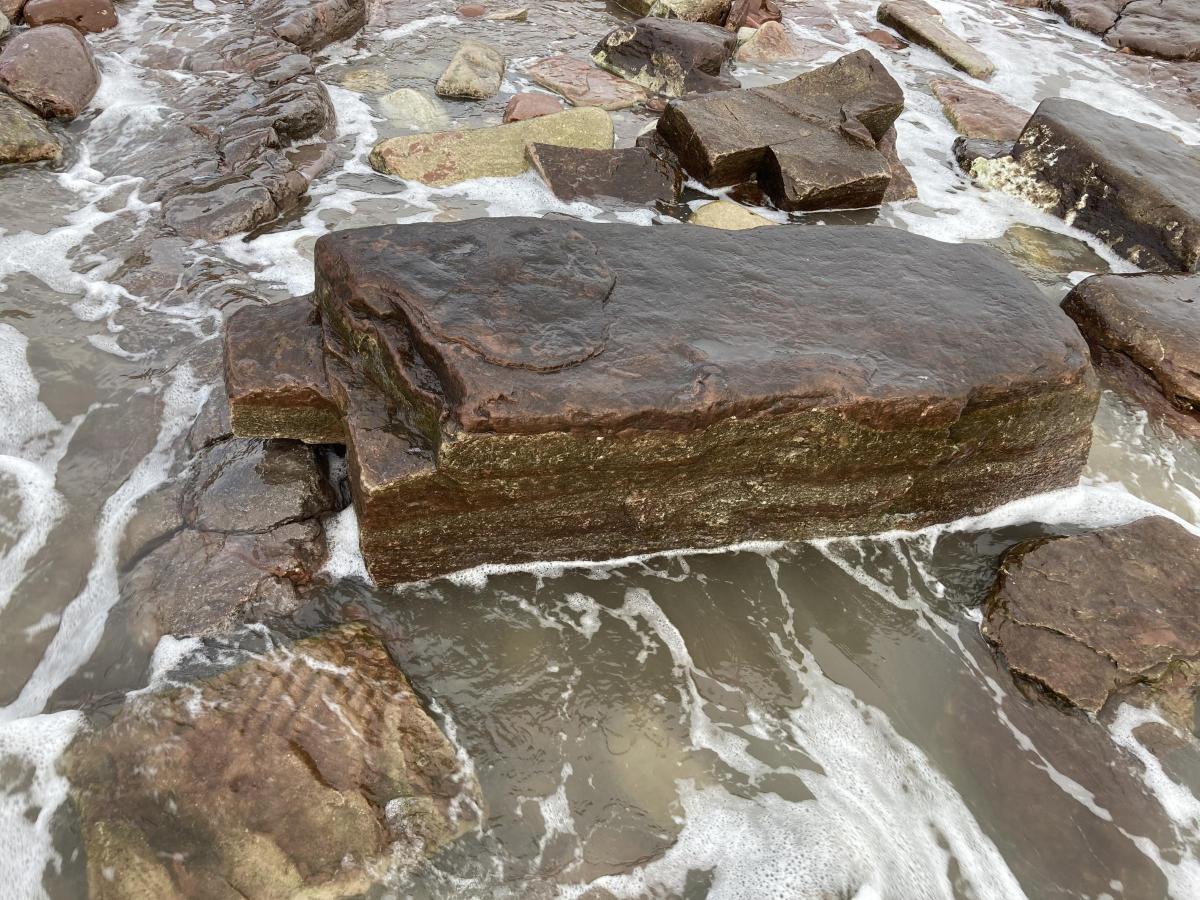 Ben Evans from British Institute for Geological Conservation called the footprint, found on a beach in Barry, an ‘amazing specimen’Credit: Wales News Service