A TODDLER has been scarred for life after a heavy fence toppled onto her during a horror accident at a playground.

Detectives fear bolts were deliberately removed from the metal fence before it collapsed and crushed Esme Philp, two.

A little girl was left seriously injured at a Scottish playpark – after vandals ‘deliberately’ removed screws from a heavy metal fenceCredit: Supplied by Stacey Philp

The tot was left screaming in agony after suffering a deep gash to her forehead.

Her parents have revealed a surgeon who operated on the little one’s face “lost count” of the number of stitches needed.

And it’s now believed a special tool was used to unscrew the fence before the incident, The Courier reports. The bolts were found dumped nearby.

Just two days before Esme was hurt, an inspection at the park in Fife, Scotland, found the fence was safe and secure.

Council officials say they believe it was partially dismantled shortly after the check.

Esme’s mum Stacey has now called for anyone with information to speak to police.

“It has to be someone who has the right tools to remove these bolts,” she said.

“We need to know what happened because this is a massive thing for my daughter and my family to go through.”

Esme was hurt as she and big brothers Warren, seven, and Isaac, five, played at the park with grandparents Amanda and Fraser McDonald.

The little one stepped on the fence, which separates a swing designed for wheelchair users, when it suddenly collapsed on her face.

One panel narrowly missed her eye.

Stacey said: “There’s still so much we don’t understand. Who would deliberately do this?

“My husband is a joiner and we’ve had contractors telling us even they don’t have the tool needed to take the bolts off.”

Esme was so badly injured in the accident that doctors were forced to stitch together three layers of skin.

“The consultant says he lost count, but I can see 32 individual stitches on the top layer alone,” Stacey said.

“It’s right in the middle of her face and it’s something she’ll have to learn to deal with later in life.”

The local council launched its own probe into the incident – with the authority’s manager John Rodigan confirming the bolts were in place just two days before Esme was injured.

“At some point on the Friday or Saturday after the inspection, the bolts were removed on purpose,” he said.

“This is now with Police Scotland who are investigating.”

A police spokesperson said: “Following a report of a two-year-old girl being injured after a gate fell on her in a park in Leven, officers have carried out enquiries and are treating the incident as malicious.

“Anyone with information regarding this incident is urged to contact Police Scotland through 101.” 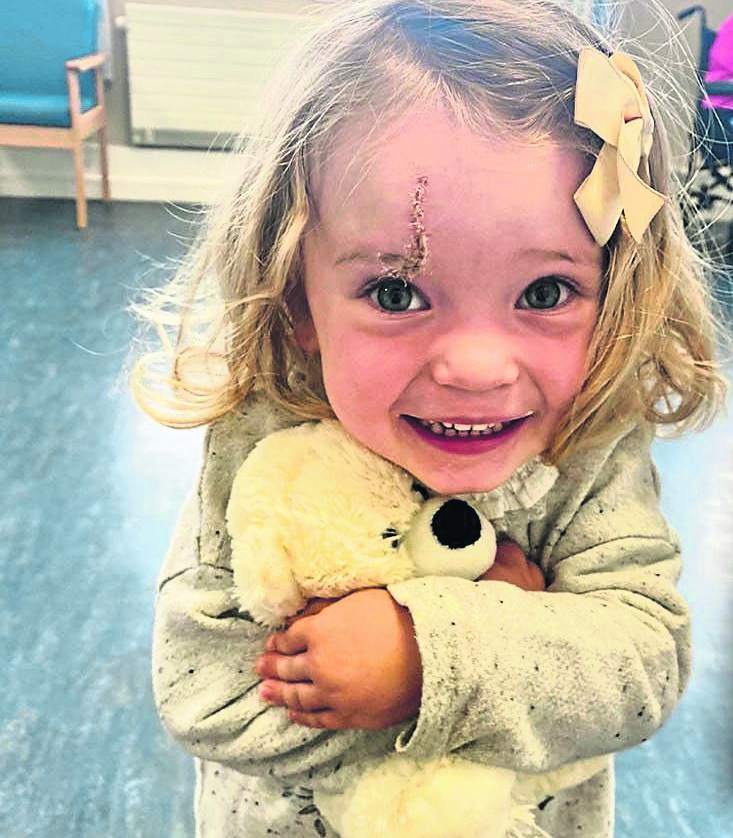 Esme Philp needed so many stitches in her forehead that surgeons lost countCredit: Supplied by Stacey Philp 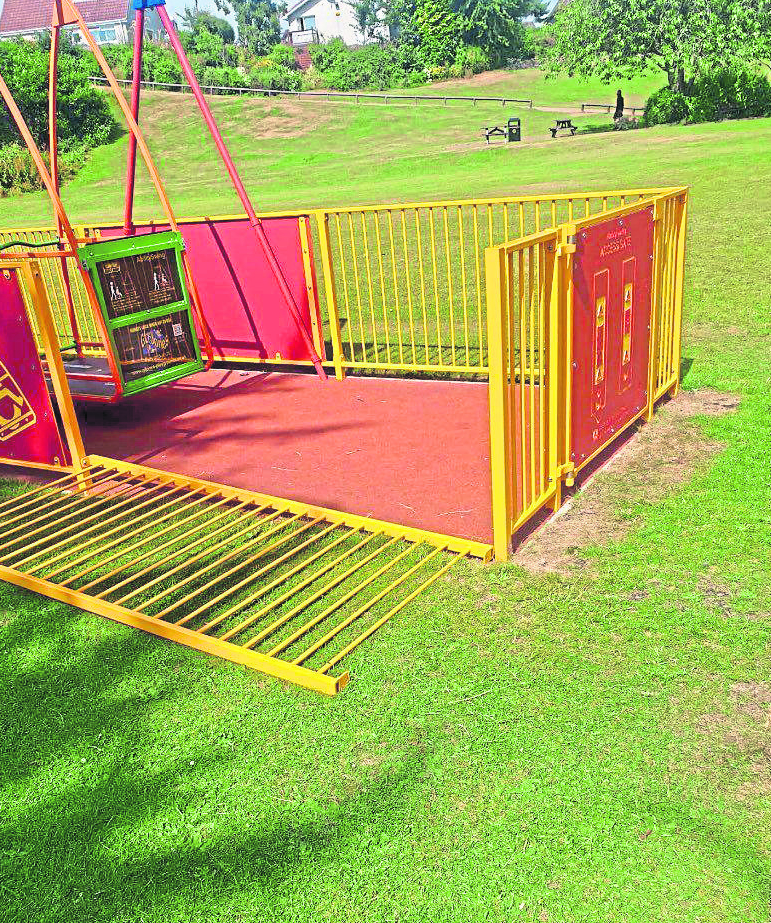 The heavy metal fence narrowly missed the little one’s eye – and it’s believed specialist tools would have been needed to unscrew the boltsCredit: Supplied by Stacey Philp

Inside Mere which looks more like a stockroom than a supermarket