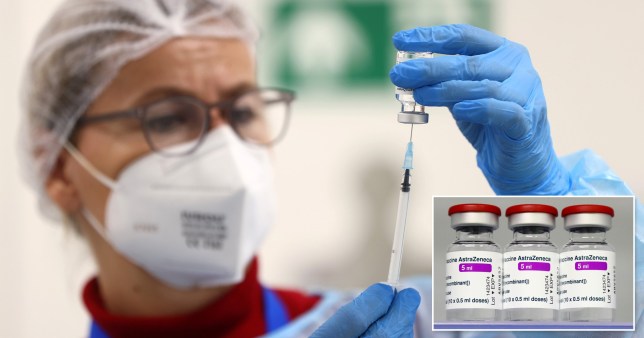 Germany is to restrict the use of AstraZeneca’s Covid-19 vaccine in people
under 60, amid fresh concern over blood clots.

Parts of the country including Berlin and Munich had already done so as a ‘precautionary measure’ while they waited for recommendations from regulators.

Now Germany’s federal and state health ministries have agreed unanimously to only give the vaccine to people aged 60 or older, unless they belong to a high-risk category for serious illness from Covid-19.

Less than two weeks ago the EU drug regulator says the vaccine does not increase the overall incidence of blood clots, following a similar scare.

Around 2.7 million doses of the AstraZeneca vaccine have so far been administered in Germany. 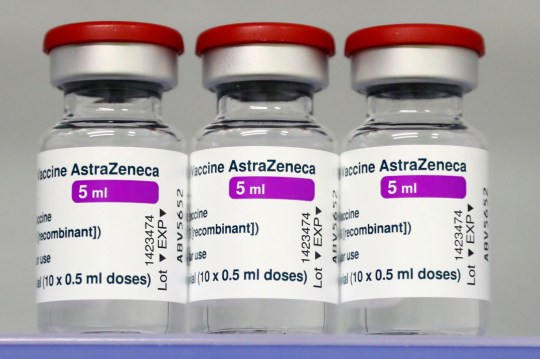 Around Around 2.7 million doses of the Oxford / AstraZeneca jab have been delivered in Germany so far (Picture: AP)

Reports of an unusual form of blood clot in the head – known as sinus vein thrombosis – prompted several European countries to temporarily halt the rollout of the AstraZeneca vaccine earlier this month.

They resumed their rollouts after a review by the European Medicines Agency’s medical experts found the benefits of the vaccine ‘outweigh the possible risks’.

It said that although the vaccine is not associated with an increased risk of blood clots, it could not definitively rule out a link to a small number of ‘rare and unusual’ clotting disorders.

In a statement ahead of Germany’s announcement, AstraZeneca said tens of millions of people worldwide have received its vaccines.

The pharmaceutical giant noted that the EU regulator and the World Health Organisation concluded that the benefits of the shot outweigh the risks.

It would continue to work with German authorities to address any questions they might have, while also analysing its own records to understand whether the rare blood clots reported occur more commonly ‘than would be expected naturally in a population of millions of people’.

Scientists in the UK have questioned Germany’s latest decision and warned it could lead to ‘excess, avoidable Covid-19 deaths’.

Retired Consultant in Communicable Disease Control Dr Peter English said: ‘The way to tell if cases are caused by vaccination is to look to see if there is an excess of cases in people who have been vaccinated.


‘If you look for excesses of cases in a wide range of rare conditions, you will find some, due to the play of chance. The cases are uncommon enough that the number of excess cases will be small, which can easily happen by chance; and if you look at multiple conditions, then of course one or more of them will have an excess, just by chance.

‘There is no evidence that these cases are caused by vaccination, rather than simply associated with it, in people who would have had such conditions anyway.

‘Any decision to withhold the vaccine will directly cause excess, avoidable Covid-19 deaths.’

“It could have been a mistaken identity”