FURIOUS residents were told they must pay £82,000 per year for a park they claim they did not know was being built.

Neighbours accused the developer of taking advantage and pricing them out during the cost of living crisis.

Residents are being told to pay £82,000 in total for a parkCredit: Media Wales 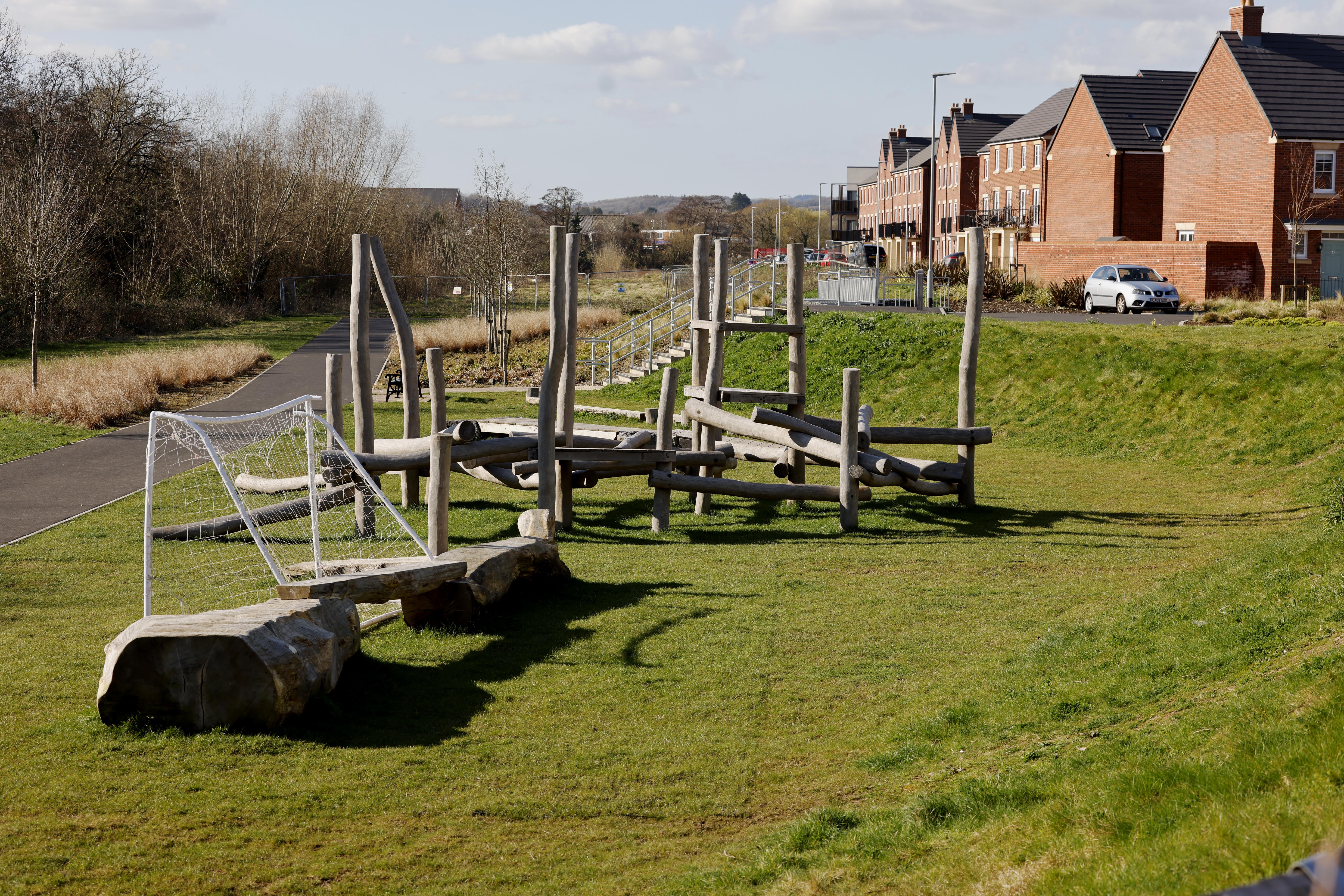 Many neighbours claim they were not consulted about the play areaCredit: Media Wales

Each of the 800 properties in Cardiff will be expected to be an extra £102 annually from April for the small play area, which is open to the public.

It has a wooden climbing frame, a picnic table, three benches and two bins.

Ben Jordan, 32, said: “I am quite worried going forward. All of the costs were quite manageable for quite some time but now with the rising costs, I’m quite worried about my future here to be honest.

“It’s been one thing after another. They know they can do it, so they are going to keep doing it and pricing people out until nobody can afford to live here.”

Josh Jenkins added: “I knew that there was going to be a park but it was just a park.

“I didn’t really think much of it, I’ve lived next to loads of parks in the past and never been asked to pay for one.

A third resident added: “What happens if someone outside of our community damages the benches, or graffitis the climbing frame? Why should I and the other residents here foot the bill?

“We had no input on what was being put in the park, or whether we wanted the park in the first place. It’s an unfair request to ask us to maintain it when it’s not exclusive to this development.”

Many residents alleged they were not consulted about the park or the extra fee that would come with it.

But developers Tirion Group told them in a letter sent last week that they must pay the fee because they signed a contract agreeing to a service charge.

The group added that they should contact solicitors if they had any problems.

A spokesman told WalesOnline: “We totally understand that this charge comes at a time when there are many other cost pressures that impact all of the residents.

“However, Tirion, as a not-for-profit developer of affordable housing, cannot absorb all the maintenance costs so have to pass it on to the residents in line with the respective agreements.”

“The service charge is an estimate and made up of certain regular costs (maintenance of the play area, maintenance of grassed areas, emptying of litter bins, etc) and also provisions for the longer term maintenance and upkeep of the whole of the Riverside Park and amenities.

“We will continually review our costs and will endeavour to keep costs to a minimum.” 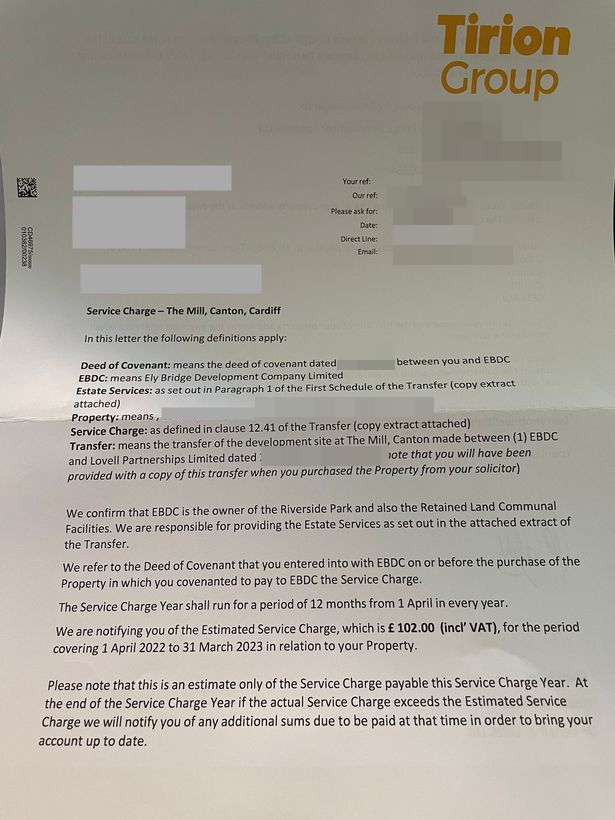 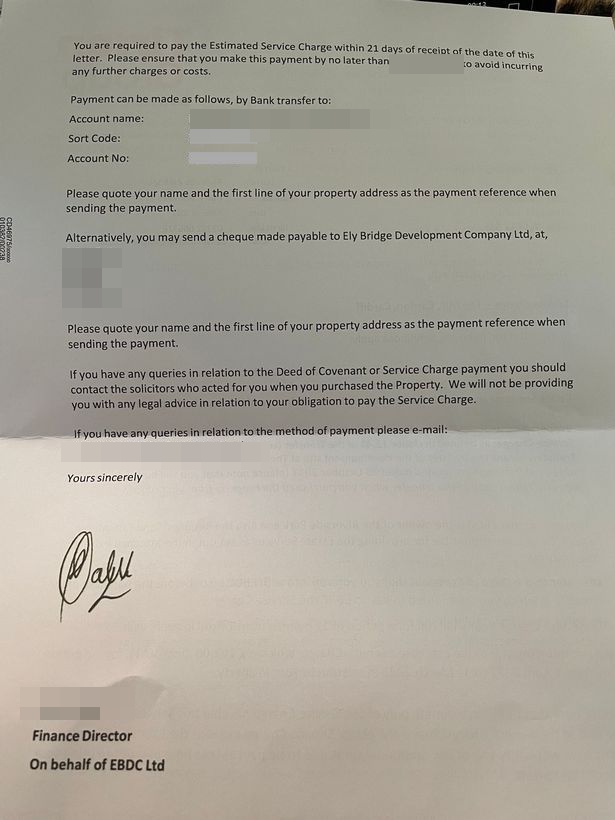 They said residents should contact solicitors with any issuesCredit: Media Wales