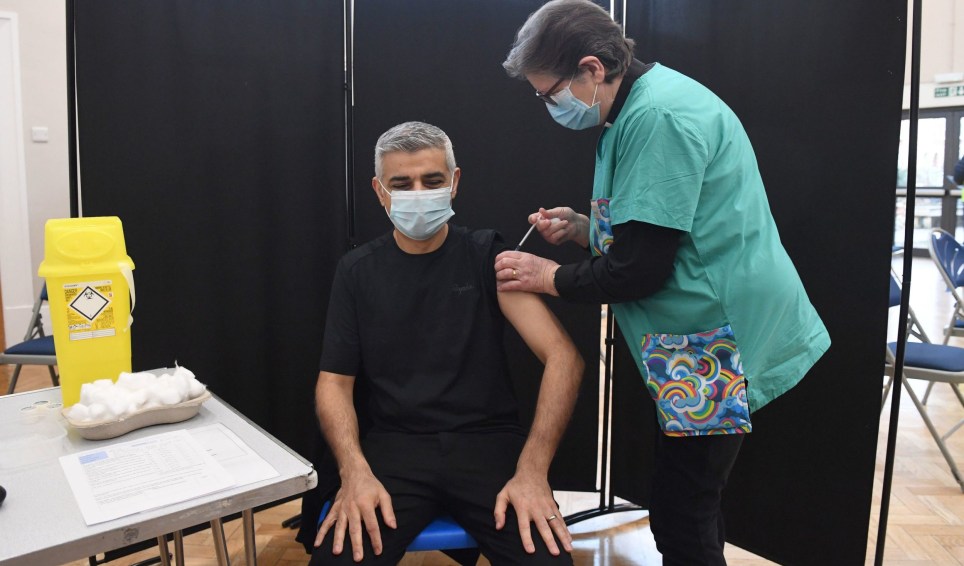 The uneven rate of Covid-19 vaccines across the capital has been revealed, with figures showing some areas have rolled out more than twice as many jabs as others.

Data released last week showed that London was significantly behind other parts of the country in the race to immunise older people, sitting second to last in the total number of doses administered.

But the latest figures for the proportion of people who have received the jab, broken down by Clinical Commissioning Group (CCG), reveals a similarly uneven distribution of vaccines across the city.

The success of the vaccine roll out is key to Boris Johnson’s plan to ultimately lift all of England’s coronavirus restrictions by June 21. Speaking yesterday, the prime minister said he was ‘optimistic’ about his road map, adding that ‘science has given us this way of creating a shield around our population’.

There are 135 CCGs in England, and they commission most of the hospital and community NHS services in the local areas for which they are responsible.

The figures are based on provisional data from NHS England for vaccinations up to February 14.

They show that the Central London CCG, covering the borough of Westminster, has the lowest vaccination rate in the city with just over 24,000 doses given out. 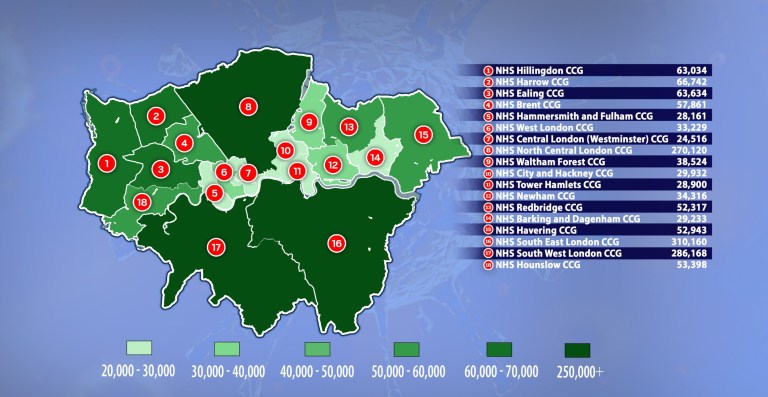 Breakdown of the number of vaccines administered per area

Hammersmith and Fulham CCG have administered slightly more, with 28,161.

The areas with lower rates tend to be those covering inner city areas with younger populations which are expected to see an increase as the vaccine roll out moves down the age groups.

At the opposite end of the spectrum, Harrow has administered more than 66,000 doses, registering the highest tally for a single CCG. 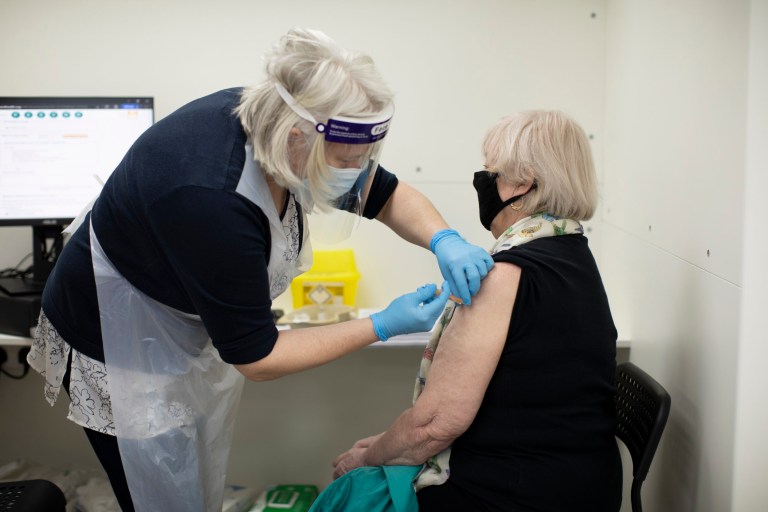 The totals for both southeast and southwest London are recorded as lump sums for a number of neighbouring boroughs.

Some 310,160 doses were administered by the South East London CCG, accounting for jabs given out in Bexley, Bromley, Greenwich, Lambeth, Lewisham and Southwark.

That averages out to roughly 51,000 doses per borough.

The South West London CCG administered 286,168 doses across the boroughs of Croydon, Kingston, Merton, Richmond, Sutton and Wandsworth, averaging around 47,000 each.

Total number of doses per area 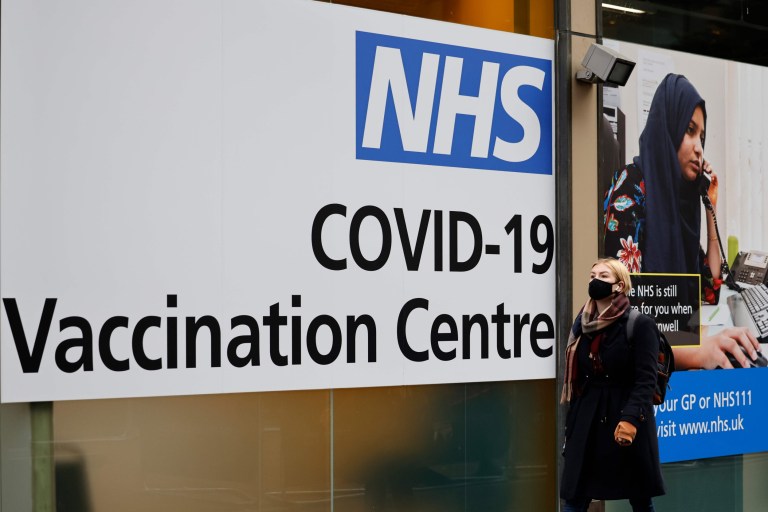 Outlining his road map in the Commons on Monday, Mr Johnson said he hoped to see every adult across the country offered a first dose of the vaccine by the end of July.

He said: ‘We’re setting out on what I hope and believe is a one way road to freedom and this journey is made possible by the pace of the vaccination programme.’