First seal pups of the season put on an adorable show

The youngsters are being protected on the Norfolk coast (Picture: PA)

The first grey seal pups of the season have been born at a beach in Norfolk.

The sleepy blubber balls were pictured rolling around in the sand at Horsey Beach and cuddling up to their mums.

Lighter in colour than their parents, the youngsters posed obligingly for photos, with one even having a lazy wave at a photographer.

Peter Ansell, chairman of Friends of Horsey Seals, said the pupping season begins gradually but by mid-November they ‘start popping out all over the place’ with hundreds of pups on the sand.

Volunteer wardens are in place to help keep the youngsters safe, with the season running until late January.

Designated viewing areas have been roped off to avoid disturbing the baby animals.

The group warned that if people get too close it may ‘cause the mother to abandon her pup, leaving it to starve’. 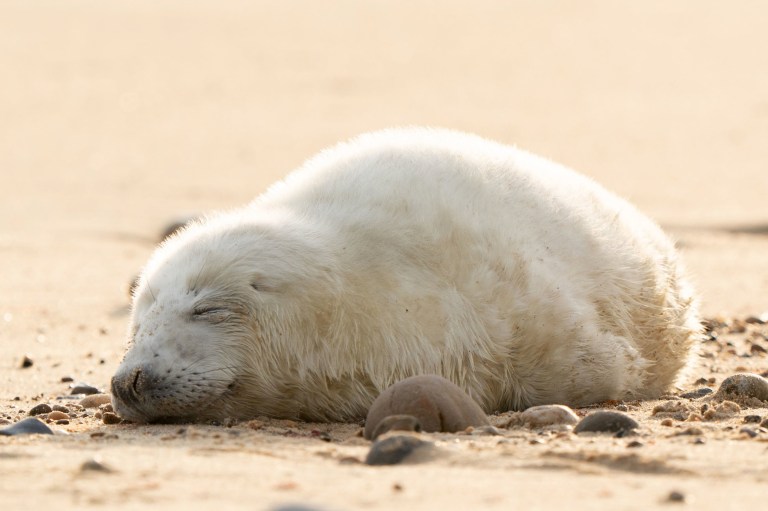 This pup took a well-earned rest after a long day of rolling in the sand (Picture: PA) 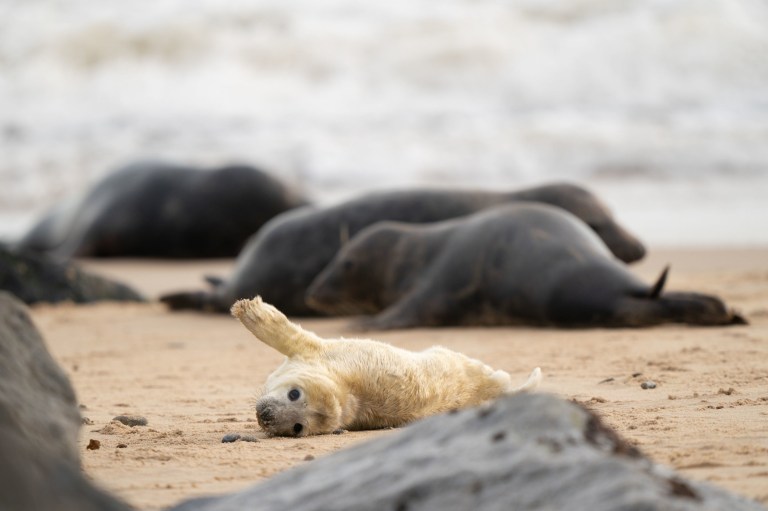 One lazy youngsters waved to his fans and photographers (Picture: PA)

Friends of Horsey Seals usually conducts a seal count, but could not complete it last season due to Covid-19 restrictions, Mr Ansell said.

‘We were unable to go down there and complete the count but going on past history you could safely say there would be about 2,500 born by the end of the season last year, no problem at all.

‘We expect probably to exceed that total again this year.

‘It seems to go year on year the total increases by about 10%.’ 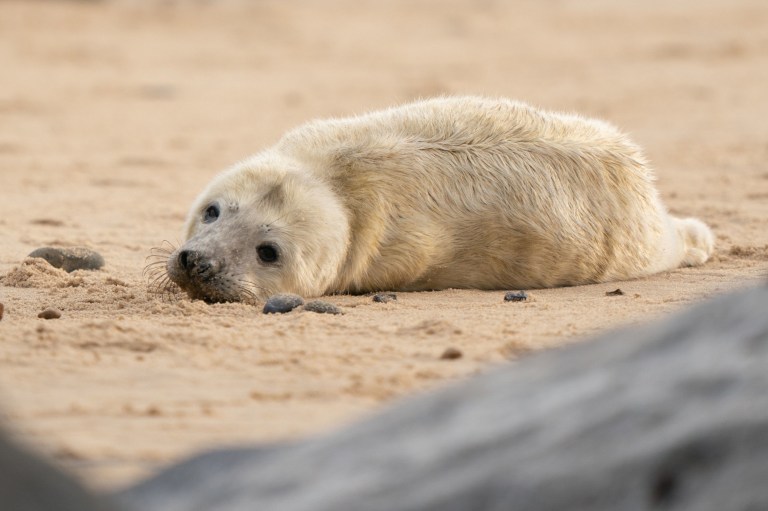 Pupping season is yet to get into full swing at Horsey (Picture: PA) 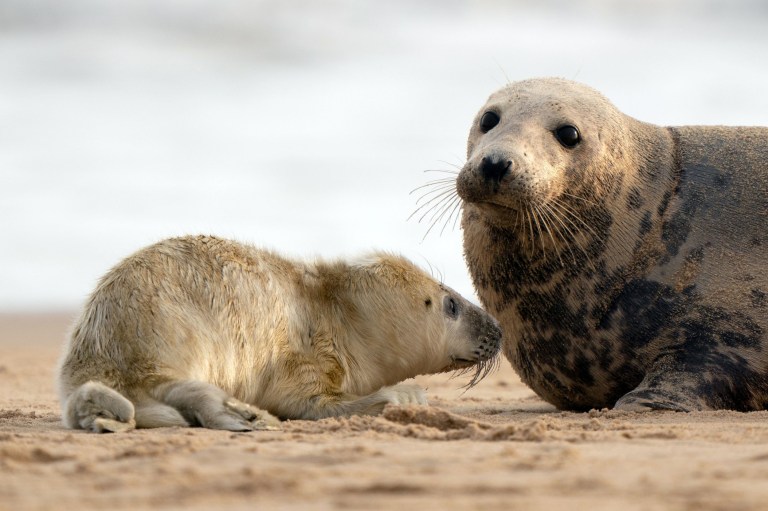 Mum watches on as this youngster finds its feet (Picture: PA)

He said the majority of the marine mammals on the beach are currently adults, with at least two healthy pups born this week.

‘It doesn’t really get into its full swing until the second or third week of November, and from then, for the next fortnight it really, really goes to town,’ Mr Ansell added.

‘They start popping out all over the place and we end up with hundreds on the beach. 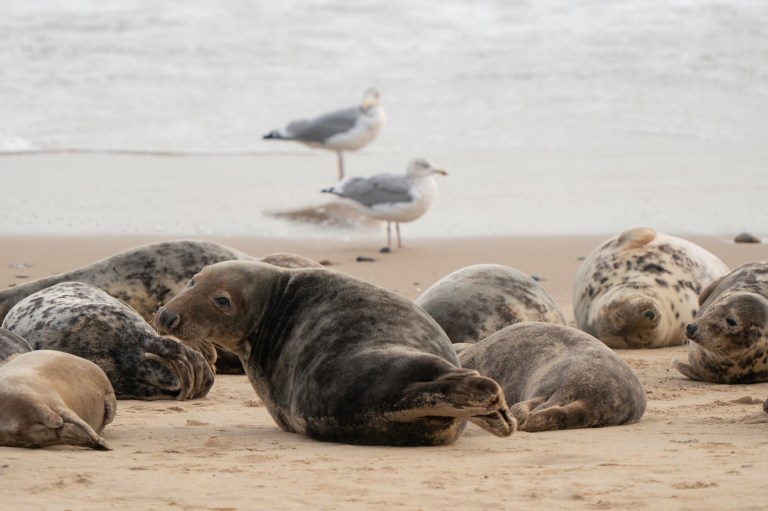 A count of the seals could not happen last year due to Covid (Picture: PA) 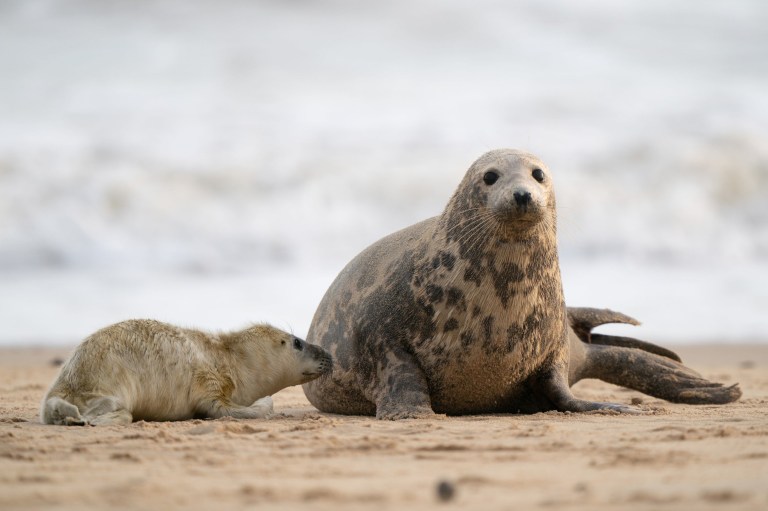 Seal wardens are being used to ensure members of the public keep a safe distance from the protective mums and their pups (Picture: PA)

‘That’s the time we pray we don’t get high tides that wash them away, as happened last year when we lost about 50 or 60.’

He said volunteer wardens are on duty, with signs and viewing areas marking out a safe distance from the colony.

Mr Ansell said that if people keep to the viewing areas ‘we can look forward to another happy and successful season’.