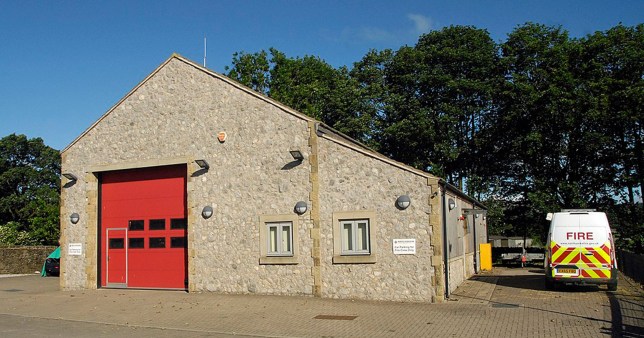 A firefighter who was dismissed after calling a gay colleague ‘half a man’, because of his size, has been paid out £12,163.

Philip Staines was sacked after making several offensive remarks to colleagues at the North Yorkshire Fire and Rescue Service – while already on written warning for inappropriate language.

He belittled a female worker by telling her male colleague ‘you’ve got her well trained’ when she answered the phone.

The last straw was when Jonny Metcalfe complained that Mr Staines had told him he was a ‘half a man’ – which he took as a reference to being gay.

Mr Staines also called him ‘Arthur’ when he walked into the recreation room on July 15, 2019, and then offered him a ‘brew’.

Speaking at an employment tribunal in Leeds, he said: ‘I call him Arthur, Arthur man, half a man because of his size.

‘I can’t call him Stumpy or anything else. It’s just banter. We were just laughing and joking. It’s not degrading.’

But Mr Metcalfe said the conversation made him feel ‘offended and emotionally upset’.

The North Yorkshire Fire and Rescue Service found that Mr Staines had not been homophobic but ‘recognised that Mr Metcalfe has reasonably interpreted the wording to have a homophobic connotation and it has caused offence’.

Mr Staines appealed his dismissal, but lost, so he launched a claim for unfair dismissal and breach of contract.

Employment Judge Buckley ruled that it was ‘reasonable’ for Mr Metcalfe to have interpreted the comments as homophobic and upheld Mr Staines’s dismissal because he was already on written a warning.


She said: ‘It appears obvious to me that ‘half a man’ might be interpreted by a gay man as an offensive comment on their sexual orientation. In my view [Mr Staines] ought also to have appreciated that.’

But the judge also said Mr Staines’s behaviour had not been bad enough to warrant dismissal without notice.

As a result, the tribunal awarded Mr Staines his notice pay plus 10% for breach of contract plus his holiday pay, amounting to a total of £12,163.

AstraZeneca has been vilified and scapegoated by the EU’s incompetent, jab-nabbing weasels