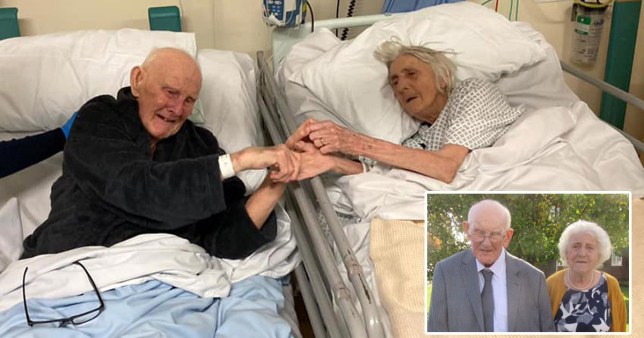 Margaret and Derek Firth, both 91, were married for 70 years (Picture: MEN MEDIA)

This is the heartbreaking moment a couple married for 70 years was reunited in hospital before dying with Covid three days apart.

Childhood sweethearts Margaret and Derek Firth, both 91, died in Trafford General Hospital in Greater Manchester last week after NHS staff brought them together for one last time.

The couple, from Partington, fell in love at age 14 and went on to have five children, 11 grandchildren and four great-grandchildren.

Both were admitted to hospital after suffering with other health issues, but later caught Covid.

They were in separate hospitals when doctors began to fear Margaret didn’t have long left to live.

Their daughter Barbara, 50, said: ‘I got a call to say we’re not happy with her, we think that she may go, would somebody like to visit.

‘And of course, my dad jumped at the chance to go and see her in hospital.

‘I think that is probably where he has contracted it, but to be honest he probably wouldn’t have had it any other way. There’s no way he wasn’t going to not go and see her.’

When Derek was finally reunited with Margaret, she asked him: “Where’ve you been?’ 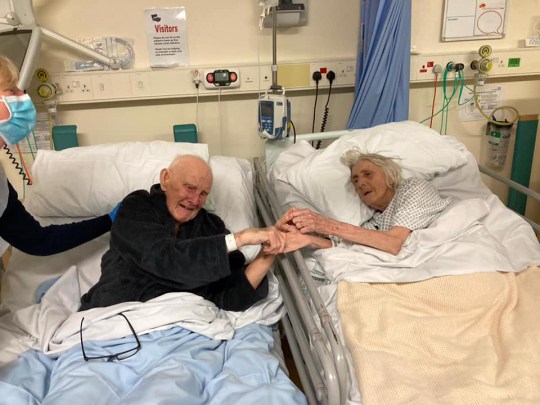 When the couple was reunited in hospital, Margaret asked Derek: ‘Where’ve you been?’ (Picture: MEN MEDIA) 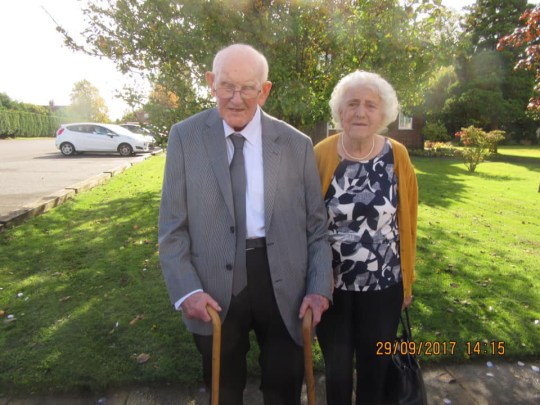 They were childhood sweethearts from age 14 (Picture: MEN MEDIA)

Barbara said: ‘From then she seemed to get better, it seemed to give her a boost. It was quite a sad moment, but it was really lovely that they were both there together.’

Barbara, 50, has thanked the ‘amazing’ NHS workers, who allowed other family members to see the couple before they died.

The couple, who married in May 1950, ‘loved enjoying themselves and making the most of life’.

Margaret was an ‘avid’ bingo player who trained as a machinist and later worked as a cleaner at Broadoak School in Trafford.

Derek, who worked as a butcher before becoming a storeman, loved playing dominoes in pubs.

Their family is hoping they will have a joint funeral ceremony.