A POLICEWOMAN recorded a raunchy video of herself for her partner while on duty.

Former PC Clare Ogden, 40, pleasured herself on camera at a police station while wearing her uniform, a misconduct panel heard. 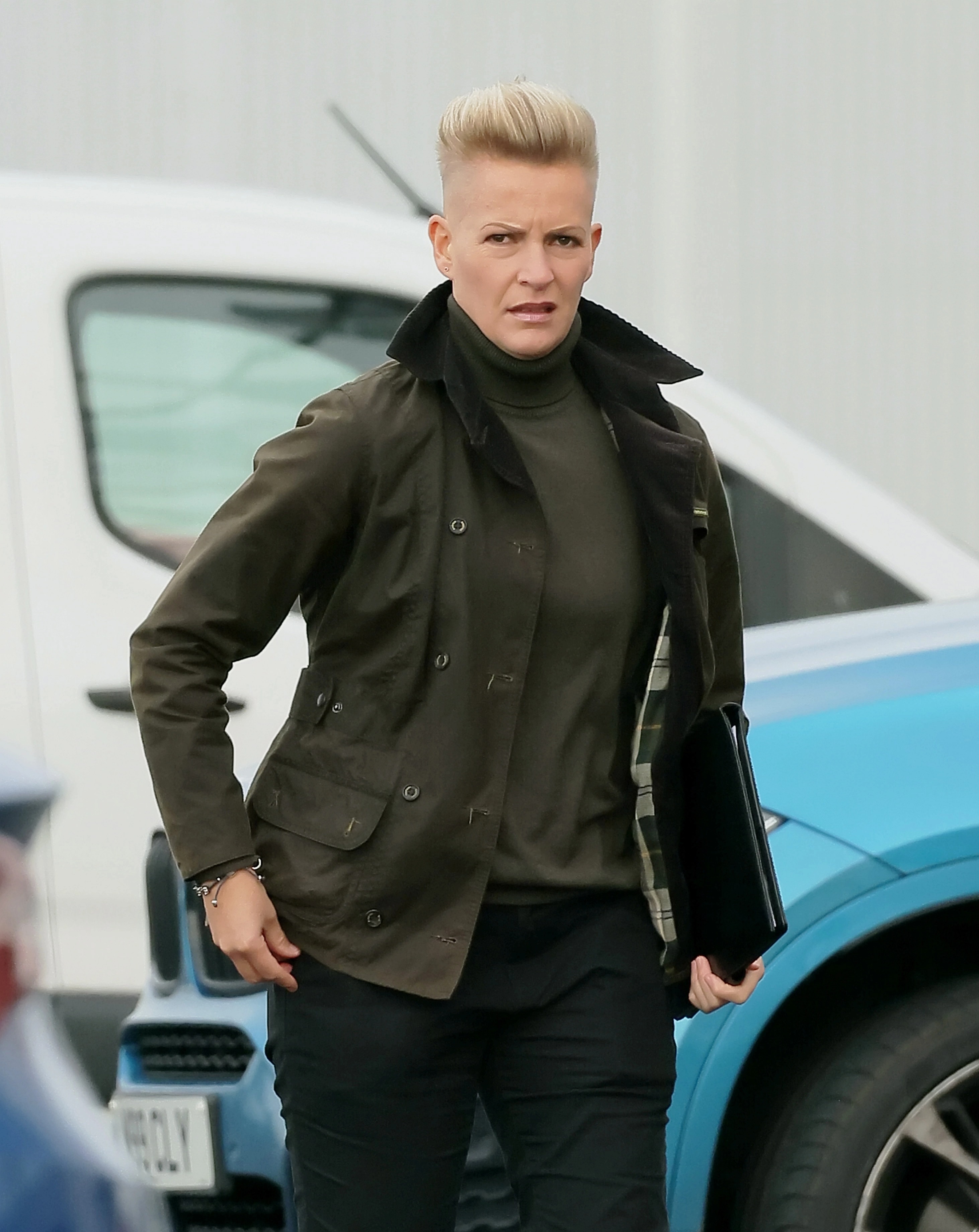 The now-former officer arriving at Middlesbrough’s Riverside Stadium for a misconduct hearingCredit: NNP

The footage came to light after her mobile phone was seized by bosses who suspected she had been accessing confidential data from the police computer and sharing it with a colleague as a joke.

The hearing at Middlesbrough FC’s Riverside Stadium was told three personal videos were discovered on the device but the ex-officer only accepted that one was sexual.

When confronted, her excuse was that she was probably on her lunch break and the footage had been shared with her partner during one of the Covid lockdowns.

Barrister Mark Ley-Morgan, opening the case on behalf of Cleveland Police, said former PC Ogden shot the videos after clocking on for her shift at Redcar Police Station. 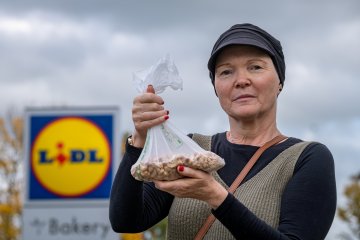 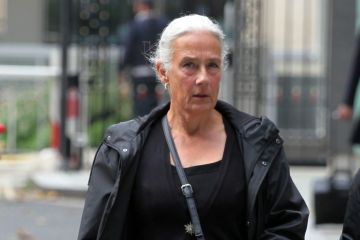 He said: “There are three videos. One is accepted of being of her performing a sex act upon herself. There are two others she is saying are not sexual.

“She accepts on her part that globally this allegation amounts to gross misconduct and one of the images is definitely sexualised.

“She says, ‘I’m not accepting I was on duty. I might have been on my lunch break’. In my submission, that is wrong.

“When officers come on duty they are on duty for the entirety of the shift. They are not working at Sainsbury’s where they get an hour off for lunch.

The panel was told the incident happened during the pandemic and she sent the video only to her partner.

“That this was during the time of Covid in no way reduces the seriousness of it.”

Former PC Ogden resigned in June 2022 after being investigated over the allegations that she recorded images of sensitive police data on her personal mobile and sent them to someone else, and engaged in sexualised behaviour at Redcar Police Station.

Mr Ley-Morgan said whenever an officer accessed the computer, a warning popped up on screen not to look at or record anything unless it was for a proper policing purpose and not to share it with anyone else, including fellow officers.

She told her bosses she had recorded these on her personal device because the battery on her work phone was flat.

But she also admitted she had shared a number of shots of the police computer screen with a colleague as a joke.

When officers come on duty they are on duty for the entirety of the shift. They are not working at Sainsbury’s where they get an hour off for lunch.

Data protection officers later assessed 34 of the images were in the most serious red category meaning the individuals involved, including a registered sex offender, were easily identifiable and could be seriously harmed if the images fell into the wrong hands, such as vigilante groups.

The ex-cop was interviewed about 10 specimen pictures and in half the cases she said she had shared the images because she “thought they were funny”.

One was two images of a registered sex offender, one a normal face shot and the other of them wearing an “obvious wig” which she thought “was a tiny bit funny”.

She also shared an image of Moonpig card containing a vengeful rhyme sent from a jilted partner to their ex’s new partner which she found “hilarious”, the panel heard.

Other images related to incidents in which someone had called her “a d***” at work and her amusement at being mistaken for a male officer during a call out.

Sensitive data also appeared in images she shared about her busy work schedule, and details of suspects in robbery, kidnap and sex cases.

The former PC said she had shared the images by WhatsApp, which was encrypted, but that did not stop the recipient sharing them with anyone else.

But Mr Ley-Morgan said the only reason she needed to protect another officer was that the colleague was duty-bound to report her for what she had done.

The hearing continues with former PC Ogden due to give evidence this afternoon.

She was a long serving officer who in 2021 was praised for her quick thinking when she narrowed a BMX bike from a passerby to apprehend a teenage suspect.

Previously, a male officer, also from the Cleveland force, was “fired” over his shocking sexual behaviour with a female colleague in police stations while on duty.

Disgraced PC Matthew Lewis engaged in oral sex with the policewoman and they also pleasured each other on police premises over a long period of time, a misconduct panel found.

He was also found guilty of sending images of a woman, referred to only as Miss A, to his lover, known only as PcB, without Miss A’s consent.

The 40-year-old videoed herself pleasuring herself wearing police uniform 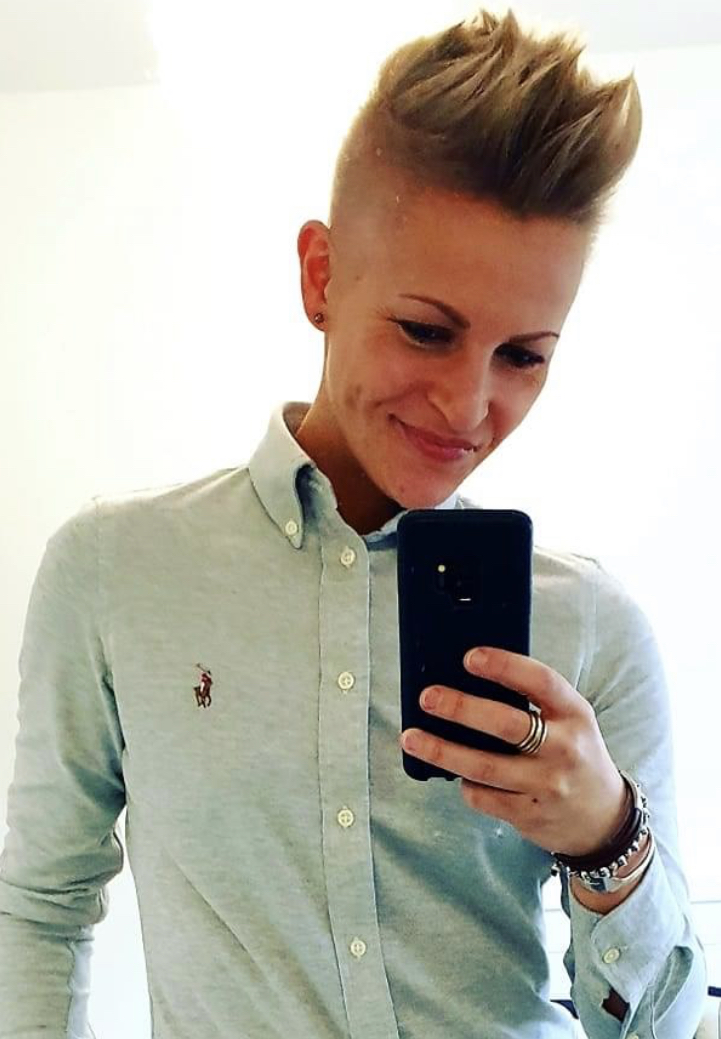