A DAD-of-two was fatally “stabbed and beaten with a baseball bat” after being chased from the shops to his sister’s house – where he collapsed.

Chris Hewett, 31, who had a five-month-old baby, was taken to Lister Hospital in Stevenage, Herts, but was pronounced dead shortly after arriving in A&E. 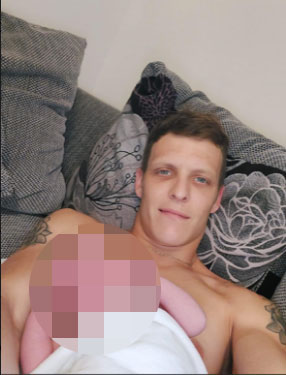 Chris Hewett was ‘was brutally taken from’ his two kids, according to a GoFundMe tributeCredit: Facebook 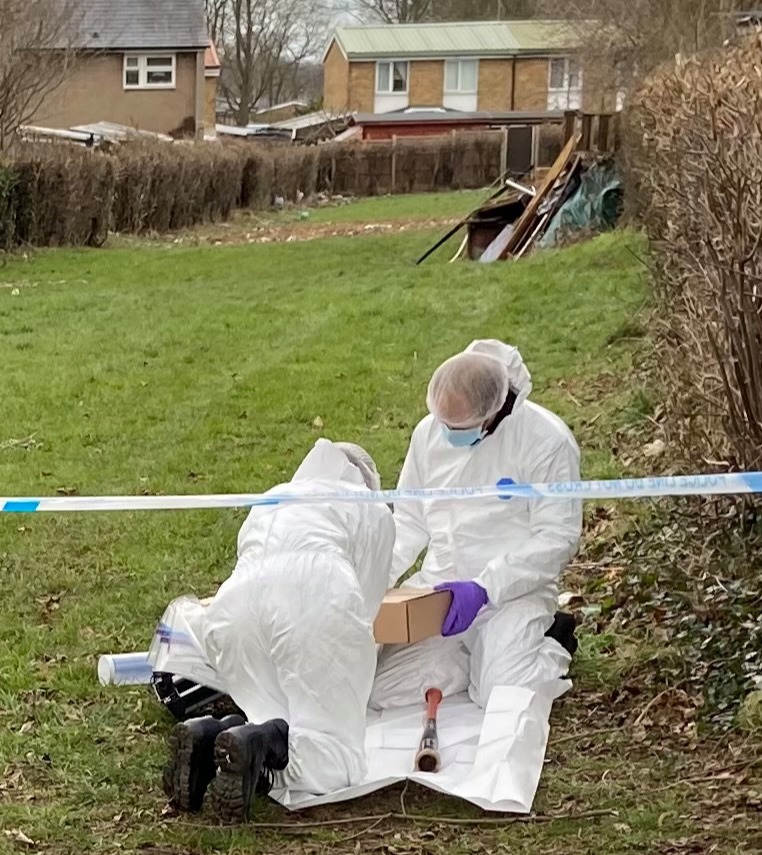 Forensic officers at the scene in Meadow Way, Stevenage

His two kids’ “worlds was turned upside down on February 12,” says an online fundraiser.

“Their daddy was brutally taken from them, murdered in the street without cause or explanation,” it adds.

Herts Police were called to Meadow Way in Stevenage last Friday after a man was reported to have been knifed and bashed.

Mail Online reports that Mr Hewett was chased by the thugs 500m from the local shops to his sister’s home.

Upon reaching her doorstep he was stabbed and beaten with a baseball bat, it’s alleged.

Although severely wounded, he managed to escape into his sibling’s home, where he collapsed at about 9.15pm.

Cops say that three youths – aged 15, 16 and 17, along with a 41-year-old man, have been arrested in connection with his murder. 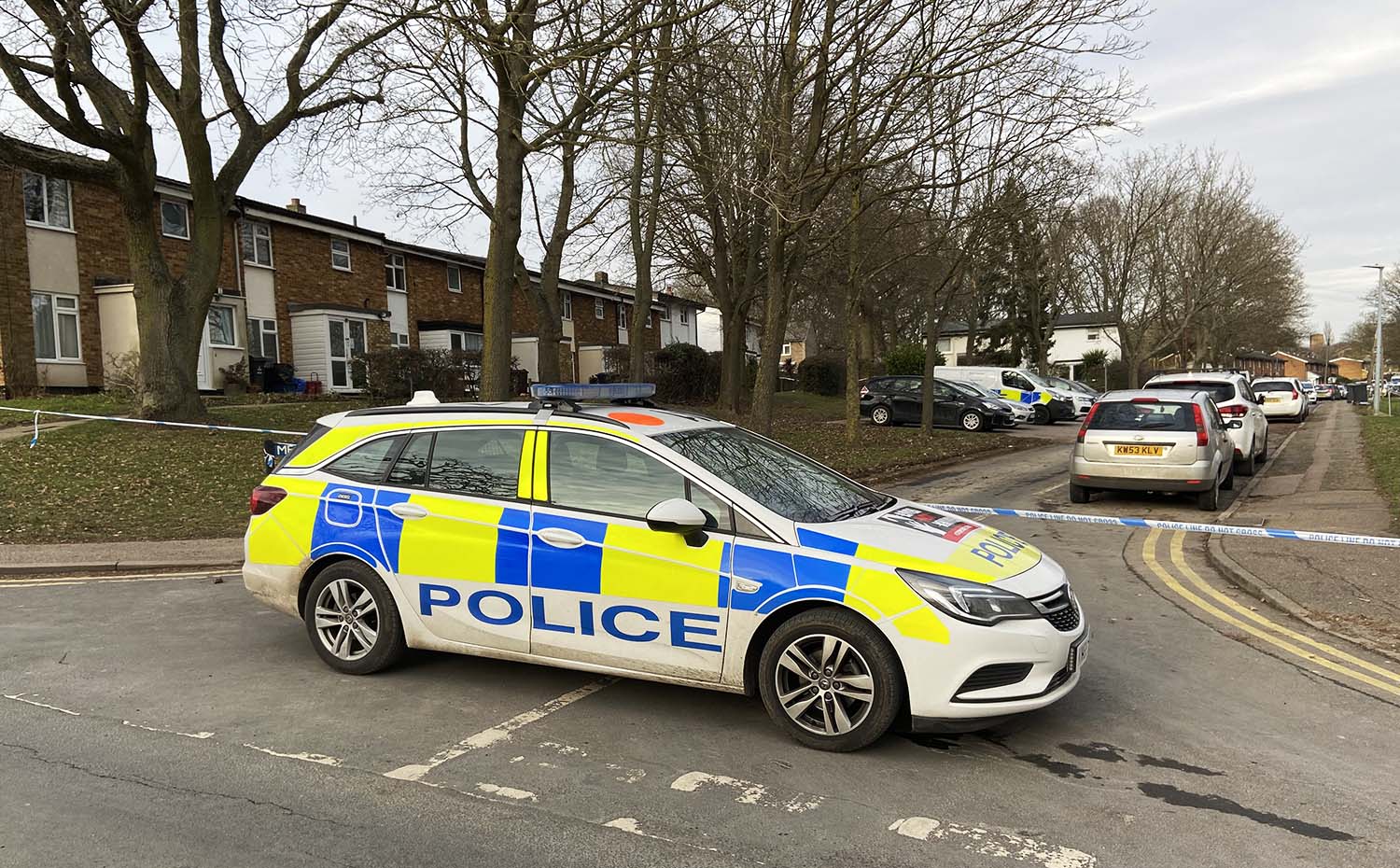 Police blocked the road off while investigating the murderCredit: sbna_fairleys

Forensic teams were spotted at the scene over the weekend, while a guard remained in place as police continued their investigation.

One of Mr Hewett’s pals told MailOnline: “He had run to his sister’s home and was hit by a baseball bat as he knocked on the door.

“The gang then stabbed him several times and then ran off.

“His sister answered the door and he slumped forward inside and basically fell to the floor in her living room.”

The mate added that it was a “horrific way to die”, and his partner was “devastated”. 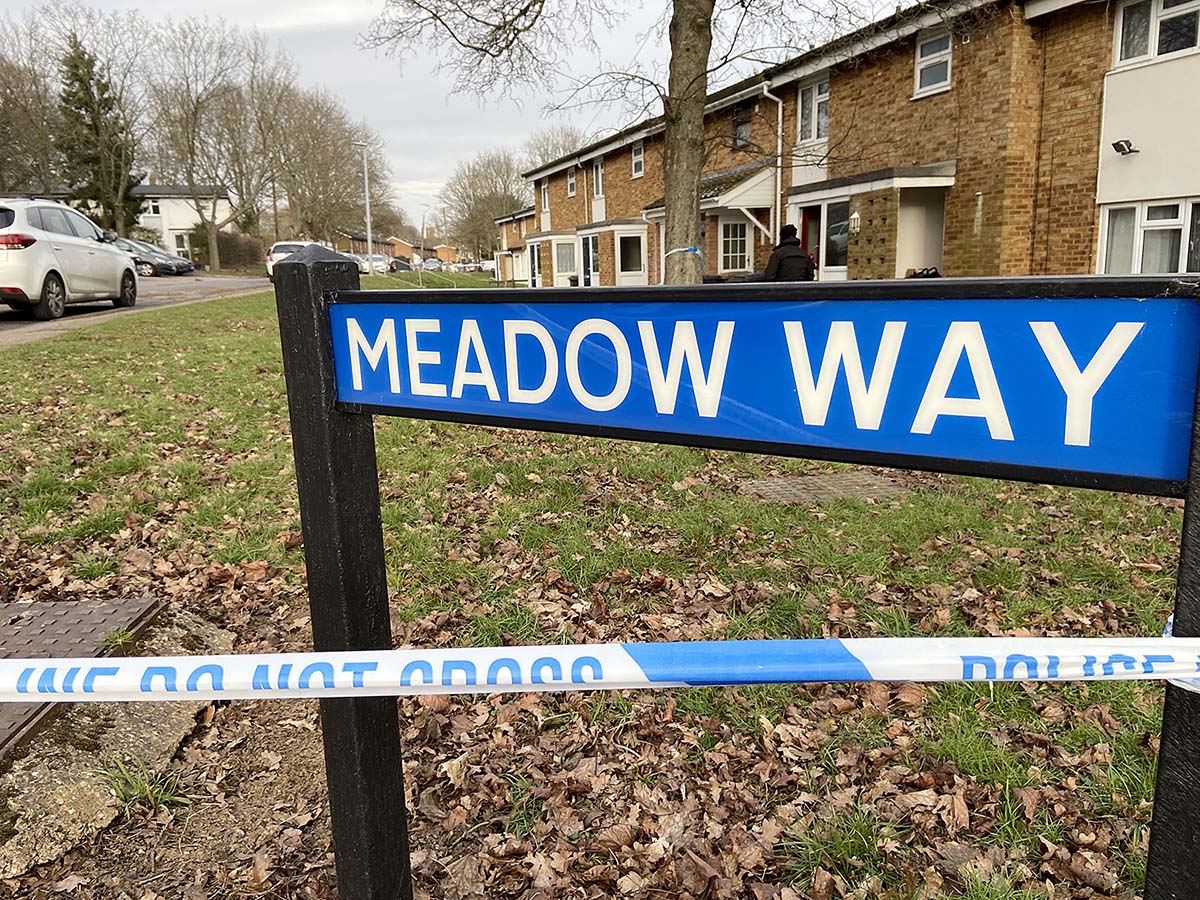 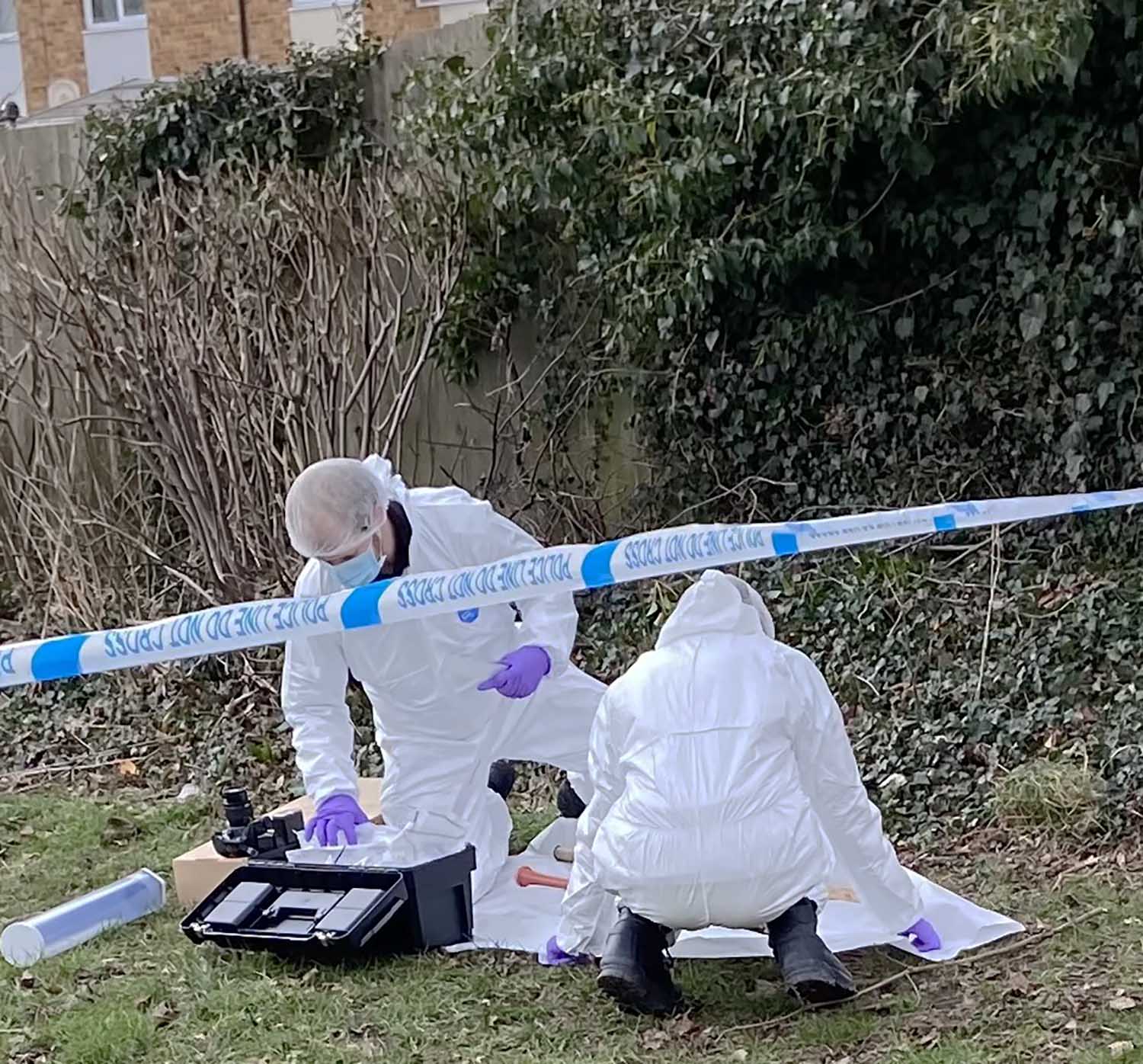 Four people, including three teenagers, have been arrested on suspicion of murderCredit: sbna_fairleys

The unnamed observer told the Mail that they seemed young, and that one allegedly said that he had “stabbed him up” and “needed to get rid of the knife”.

The dead man’s sister-in-law has provided a link to a GoFundMe page set up to raise money for his baby son and daughter, five, the Mail adds.

Jade Burroughes, who is organising this fundraiser, writes that their “future is now uncertain and scary without their daddy to help provide for them.

“Chris was a kind soul who loved and cared for his loved ones fiercely.

“His life was brought to a premature, brutal end which has devastated his family, friends and anyone who ever had the privilege of meeting him.

Officers from the Beds, Cambs and Herts (BCH) Major Crime Unit arrested a 16-year old-boy on suspicion of murder on Saturday, February 13.

All four remain in custody.

Det Insp Justine Jenkins said: “We have made a number of arrests but as we pursue a number of lines of enquiry we are also appealing for any witnesses or anyone who has information about what happened to contact us.”

Schools are safe to reopen as they don’t spread Covid, NHS expert claims