Robert Hooper said he was repeatedly punched during the incident (Picture: NB Press/PA)

A farmer who used a tractor to flip a car parked on his driveway said he had not had ‘the best response’ from police to eight previous break-ins at his home.

Robert Hooper, 57, moved the car off his land last summer and was questioned about the incident in Durham Crown Court on Thursday.

He denies dangerous driving and criminal damage in the clash with driver Elliott Johnson and his friend Connor Burns in County Durham on June 5.

The ‘frightened’ man told jurors he felt threatened, adding that he had been repeatedly punched and that ‘an Englishman’s home is his castle’.

Hooper, giving evidence on the second day of the trial, said he had previously politely asked Mr Burns and the Vauxhall Corsa driver Mr Johnson to move the vehicle from his farm entrance on what was a busy day baling silage.

He told the court he was aware of an ‘influx’ of youths visiting the area near Brockersgill Farm, Newbiggin-in-Teesdale that summer, causing anti-social behaviour, drug-taking, littering and damaging walls.

Hooper, who says he acted in self-defence, said shirtless Mr Burns, who has told the court he had drank around six bottles of Corona lager that day, told him: ‘I’m not effing moving this car.’

The farmer claimed the younger man punched him twice in the farm buggy he was driving, bursting his lip.

My mind was racing.’

Mobile phone footage played in court shows Hooper using a yellow tele-handler to lift the silver Corsa from the entrance of his farm and dumping the hire car onto the road outside his property.

The video then shows his vehicle’s lifting rails strike 21-year-old Mr Burns, who had been visiting nearby Low Force waterfall with friends. 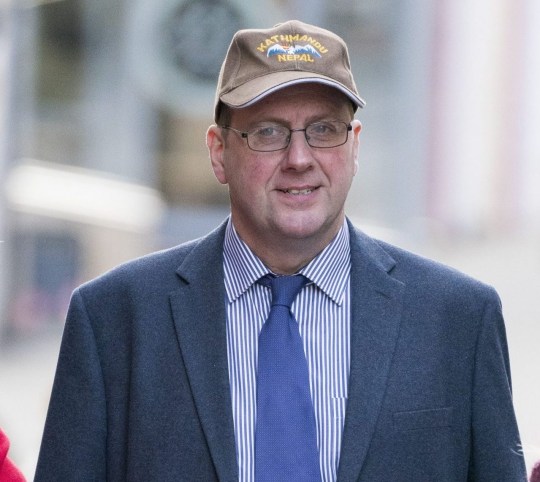 In his evidence, Hooper continued: ‘I thought: “We have a bit of a problem here, there’s two of them, half my age,” I didn’t know what they had in terms of weapons, or what they were capable of doing.‘

He returned to his farmyard and got in his yellow loader after putting its forks on and went back down the lane to the two men.

He told the jury: ‘I felt threatened and an Englishman’s home is his castle, and my castle starts at that front gate.’

Michael Rawlinson, defending, asked him why he did not call the police. 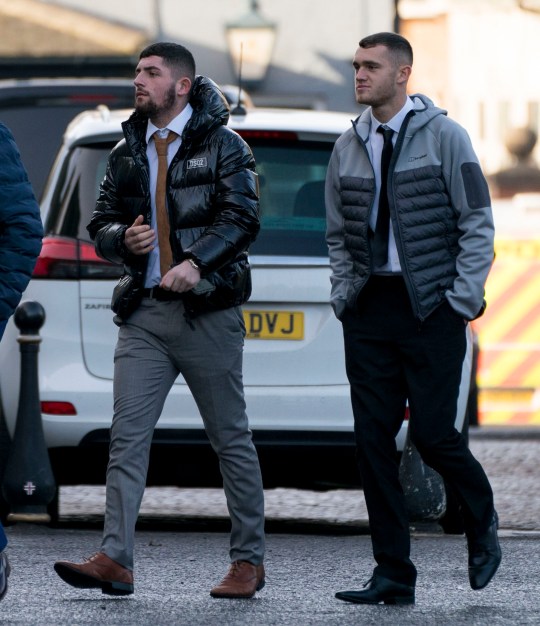 Hooper said there had been eight break-ins over the years and that officers police, who might take an hour to arrive.

The farmer said he again asked Mr Burns to move the car, who then made a ‘come on’ gesture, Hooper said.

He told the jury he felt frightened and was worried for his safety and that of his partner immediately before he lifted the Corsa.

After pushing it onto the road, he claimed there was ‘an onslaught’ from Mr Burns, punching him through the window of his vehicle, knocking off his glasses.

He said he ‘definitely’ did not mean to strike Mr Burns with the vehicle’s forks. 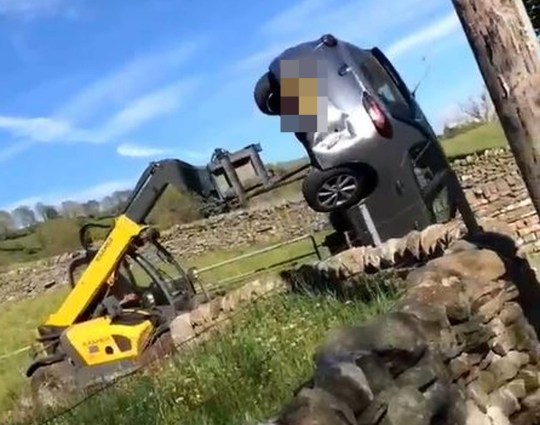 Hooper then parked the vehicle across the farmyard entrance and locked himself in his home with his partner who had called the police.

Jurors were told Hooper was a man of previous good character and has no previous convictions.

David Ward, prosecuting, asked the farmer his weight and height and after Hooper replied around 100kg and 6ft 3in, the barrister commented: ‘You’re quite a big bloke, you are quite imposing.’

The defendant replied: ‘I certainly don’t look for confrontation and I’m certainly not a fighter.’


Asked by Mr Ward why he did not turn the loader around before he flipped the car, Hooper said: ‘I did what I did to prevent something worse happening.’

Judge Ray Singh asked if Hooper thought that pushing the car over would calm the two men down.

The farmer replied: ‘Probably not. I was under threat.’

Footballers who love to spend their downtime fishing, like Cristiano Ronaldo, David Beckham and Sergio Aguero – The Sun