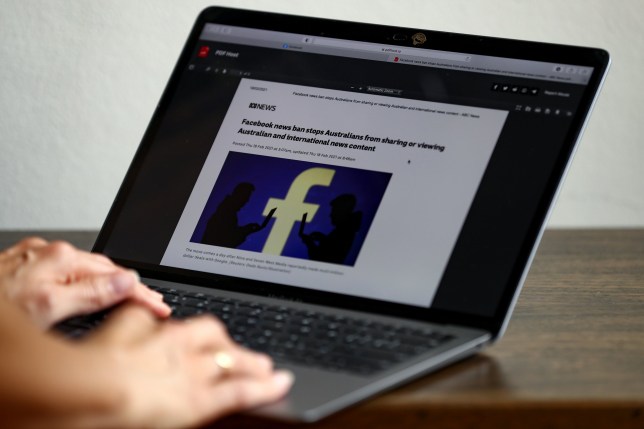 Facebook accidentally purged its own page from social media amid its retaliation against government moves to make the social media giant pay for Australian journalism.

In the latest battle in the war between Big Tech and the Australian government, Facebook announced it would prevent Facebook’s 13 million monthly Australian users from reading and sharing news on its platform.

The drastic move came in response to Australia’s proposed Media Bargaining law, which would force tech companies like Facebook and Google to compensate news companies to feature their content. 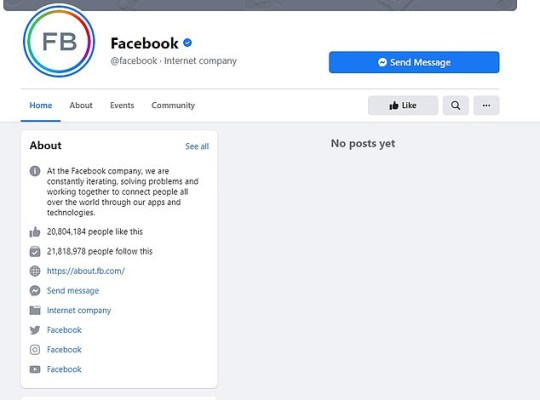 But in the frantic rush to prevent news publishers showing any content at all, which an Australian minister called ‘an assault on a sovereign nation’, Facebook’s own page was also removed.

The informational page, which previously featured Facebook’s latest news and achievements, appeared empty, with the text: ‘No posts yet’.

It wasn’t just Facebook’s page that got swept up in the bans – Australian government communications, like messages about emergency services, as well as commercial pages were blocked.

The Bureau of Meterology’ Facebook page, which provides essential weather updates for millions of Australians, was pulled, as well as crucial health communications pages from Queensland, South Australian and ACT governments.

‘Cutting off access to vital information to an entire country in the dead of night is unconscionable.’

In a statement, a Facebook spokesperson accepted that some pages were removed by mistake. 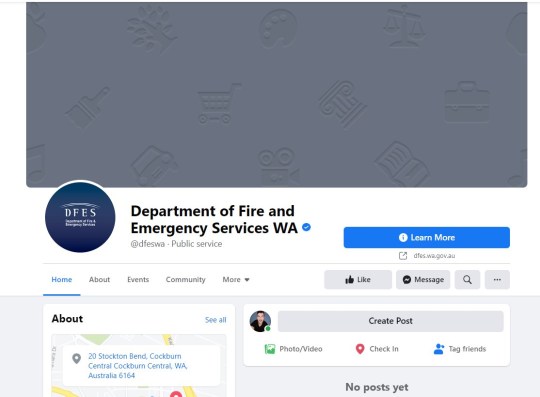 Many informational services were swept up in the ban. 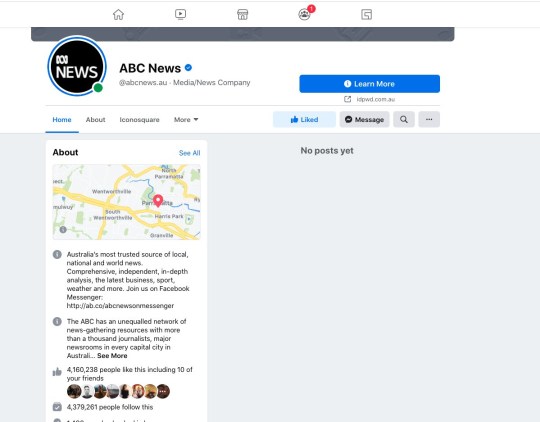 The ban was only supposed to target mainstream publishers.

‘Government pages should not be impacted by today’s announcement,’ the statement said.

‘The actions we’re taking are focused on restricting publishers and people in Australia from sharing or viewing Australian and international news content.

‘As the law does not provide clear guidance on the definition of news content, we have taken a broad definition in order to respect the law drafted … We will reverse any pages that are inadvertently impacted.’

The new Media Bargaining law is, its proponents argue, a way to ‘protect public interest journalism’, by ensuring outlets are compensated for their content being read from search engines and social media.

But its detractors, which includes tech giants Google and Facebook, criticise it as ‘fundamentally misunderstanding’ the relationship between publishers and tech companies. 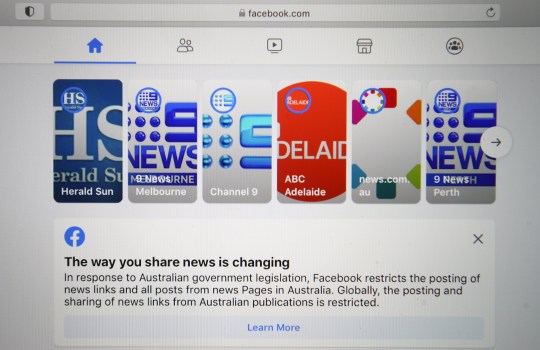 Australian users were presented with an informational banner about changes to the platform in response to the new law.

According to Facebook, Australian publishers earnt close to $407million last year through referrals from its platform.

But the move to ban all news publishers from sharing on the platform has been described as ‘very worrying’ by journalists and media experts.

The vacuum of no official news sources could lead to an environment where conspiracy theories and false information prospers.

The 16 areas where Covid cases are still on the rise