EXTINCTION Rebellion protests have cost taxpayers over £50 million after rioters blocked roads in London and smashed windows across the capital. 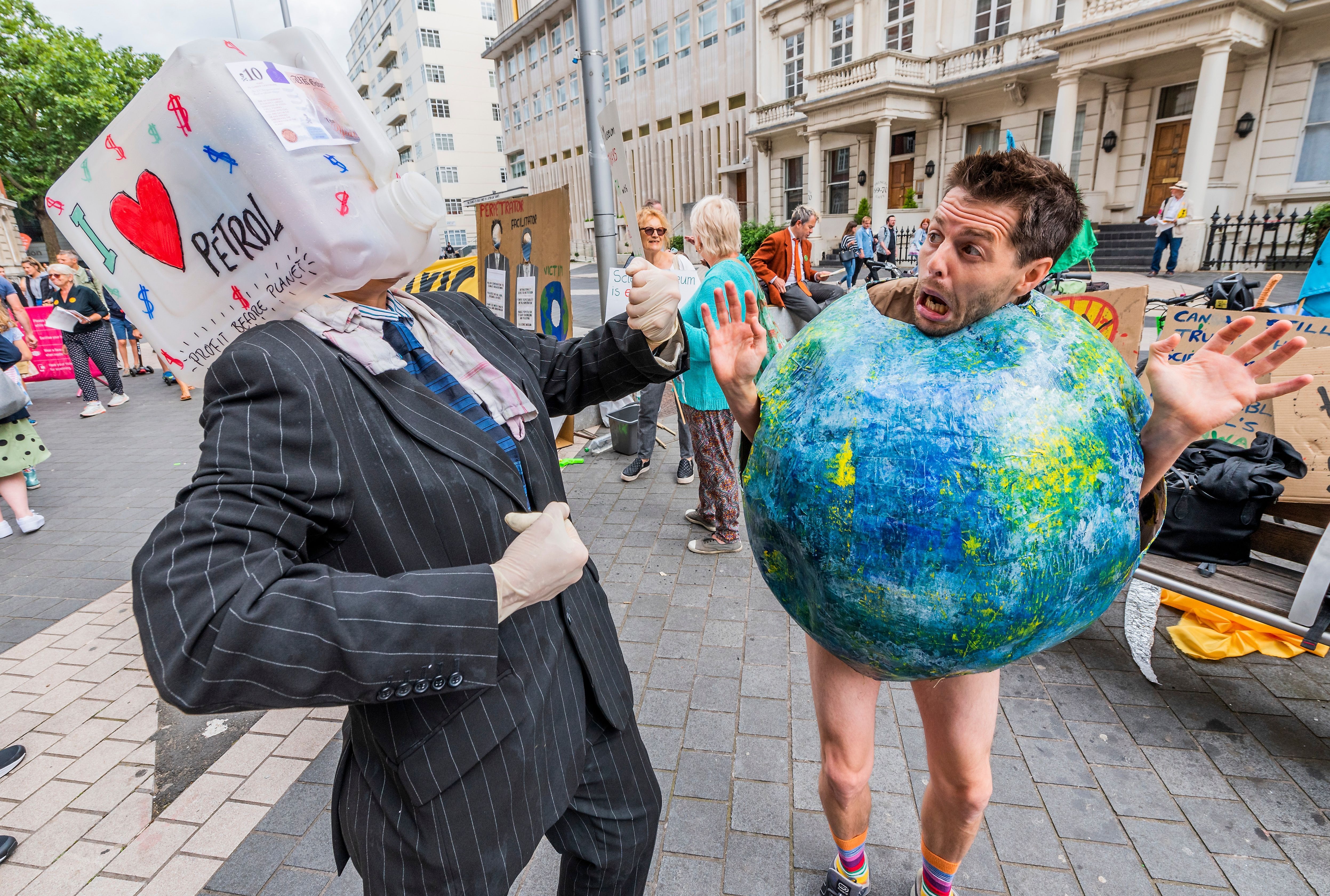 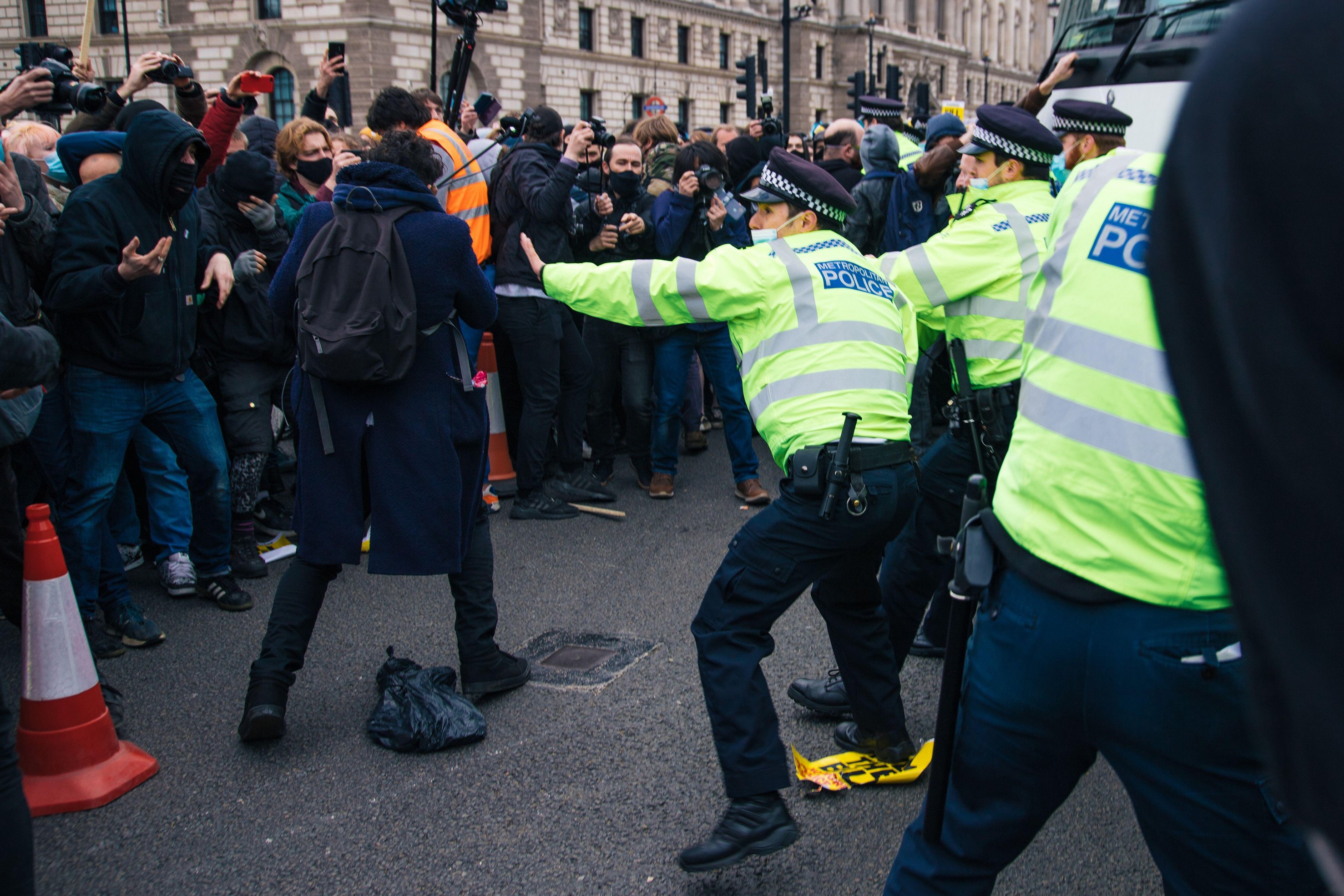 Up to £50 million of taxpayers’ money has been spent on responding to XR protestsCredit: Alamy

Previous XR protests have seen activists armed with hammers smash the glass at the Barclays Bank HQ in London.

In April, seven activists from the controversial group used tools to break the glass and pasted the message “In Case of Climate Emergency Break Glass” on the front of the building.

And in October 2019, bungling activists attempted to spray fake blood at the Treasury from a fire extinguisher before losing control of the hose and letting the red paint pour across the London street.

Other demonstrations have seen activists create bamboo blockades outside newspaper printing presses in a bid to muzzle the media.

Now the group plans to set up new protests across eight London sites from Monday, costing taxpayers even more.

The latest protesters are expected to cause significant disruption to the members of the public as well as targeting areas in the City where financial institutions are based.

Thousands of protesters are tipped to join in, with half of demonstrators expected to be new to the protests.

In just a day, Extinction Rebellion has crowd-funded £100,000 to help fund their demonstrations.

Activists are expected to attempt to set up roadblocks using bamboo structures as well as glueing themselves to vehicles.

In the last two weeks, Extinction Rebellion has held online training sessions explaining protestors’ legal rights, police tactics and what to do if you’re arrested.

One session suggested people use codenames and encrypted messenger services like Signal.

Protesters were told to be “non-oppositional but non-cooperative” to police.

But Deputy Assistant Commissioner Matt Twist said London would not be “held to ransom” by the XR activists.

The Met has made 3,762 arrests in previous protests, bringing 1,938 to prosecution.

Out of those that went to court, 73 per cent ended in convictions – although several have now been overturned by a Supreme Court ruling that obstruction is a lawful way to protest.

Spokeswoman for XR Alanna Byrne said the cost of policing the protests “should be spent mitigating climate breakdown”, The Times reports.

She added that the cost to the Met was “dwarfed by the potential cost of inaction”. 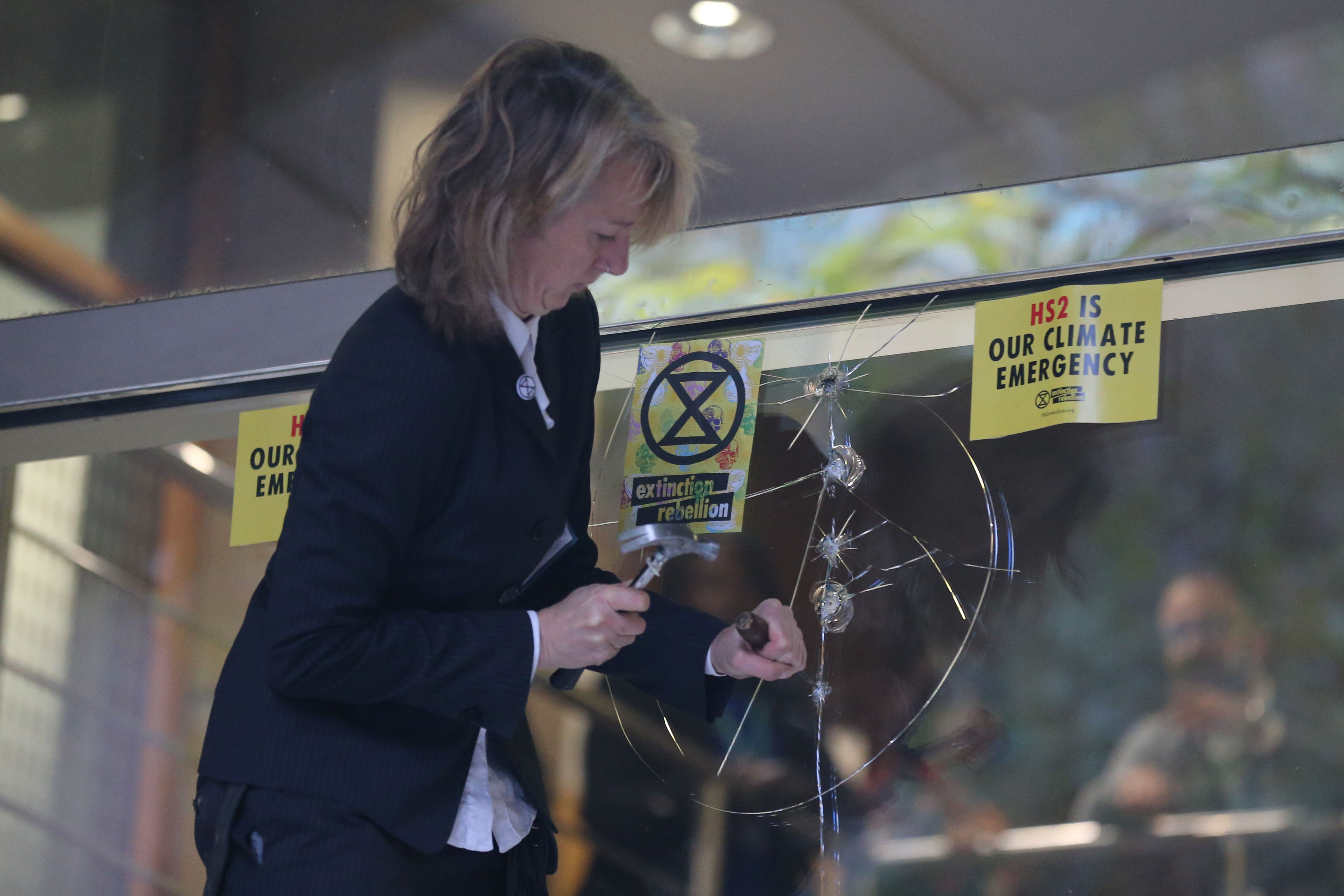 A protester smashes a window at Barclays Bank HQ in LondonCredit: AFP or licensors 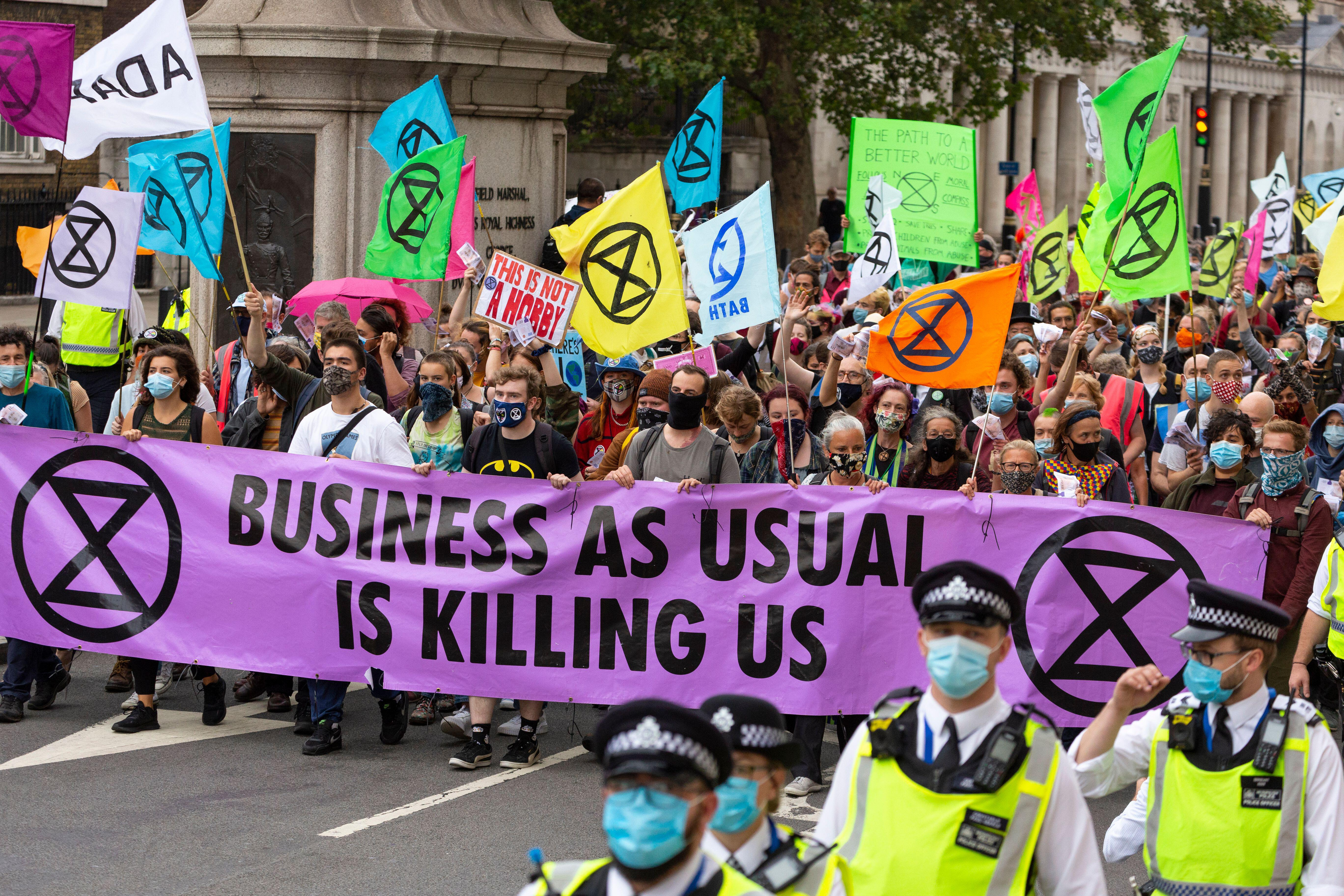 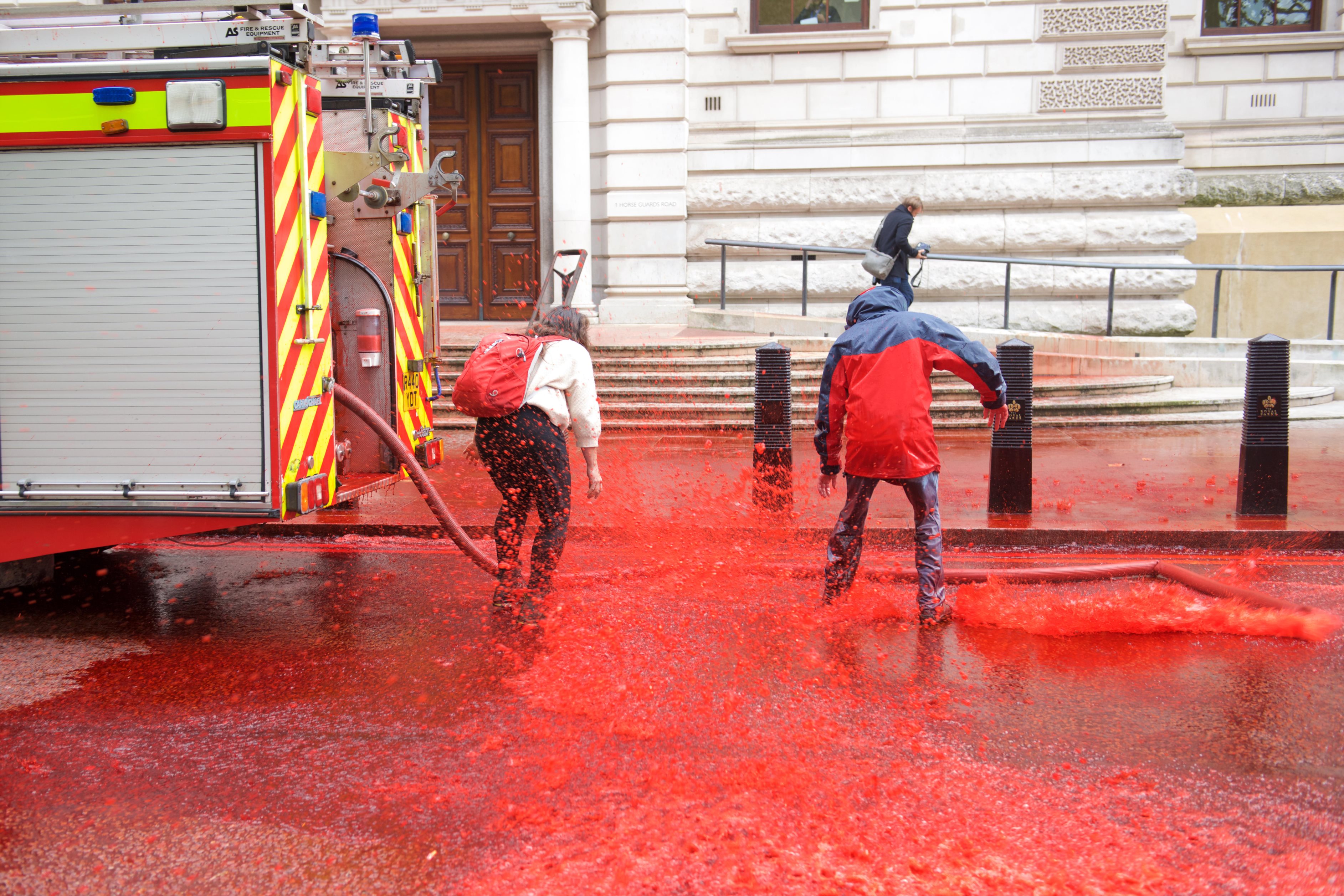