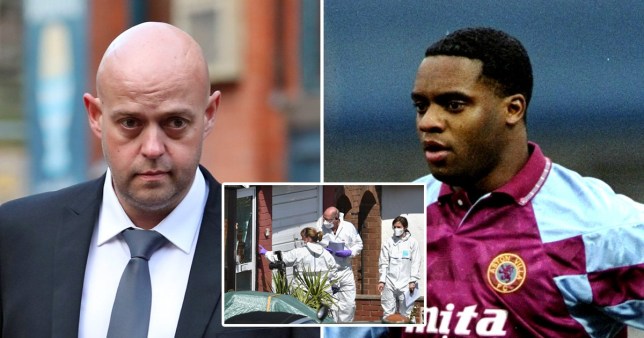 Benjamin Monk ‘kicked Mr Atkinson and then a second police officer hit him with a baton’, a court heard (Pictures: PA/Getty Images)

An ex-Aston Villa footballer was Tasered three times for 33 seconds, kicked twice in the head and then struck with a baton, a court has heard.

Dalian Atkinson was 48 when he died on August 15, in 2016, after an altercation with the police. Both officers, one charged with murder and the other with assault, started their trials today.

Birmingham Crown Court heard that Mr Atkinson had been shouting outside his dad’s house, in Telford, Shropshire, and demanding to be let in when a worried neighbour called the police. By the time they got there, Mr Atkinson’s dad Ernest had opened the door for his son.

The former footballer was acting erratically, claiming he had killed both his brothers and that he was the messiah, the court heard.

West Mercia Police Constable Benjamin Monk, 42, Tasered Mr Atkinson twice but neither time worked. During the commotion, Ernest returned inside his home and closed the door.

Mr Atkinson then punched the glass in his dad’s front door and PC Monk Tasered him a third time.

The officer held the Taser to Mr Atkinson for 33 seconds after disabling the device’s standard five-second phase, the court was told.

He fell to the ground and was ‘unresponsive and still’ but the ‘angry officers then set about him’, witnesses said.

PC Monk kicked Mr Atkinson in the head at least twice, so hard a boot print was left on his forehead, and PC Mary Bettley-Smith, 31, hit Mr Atkinson with her baton several times, the prosecution claims. 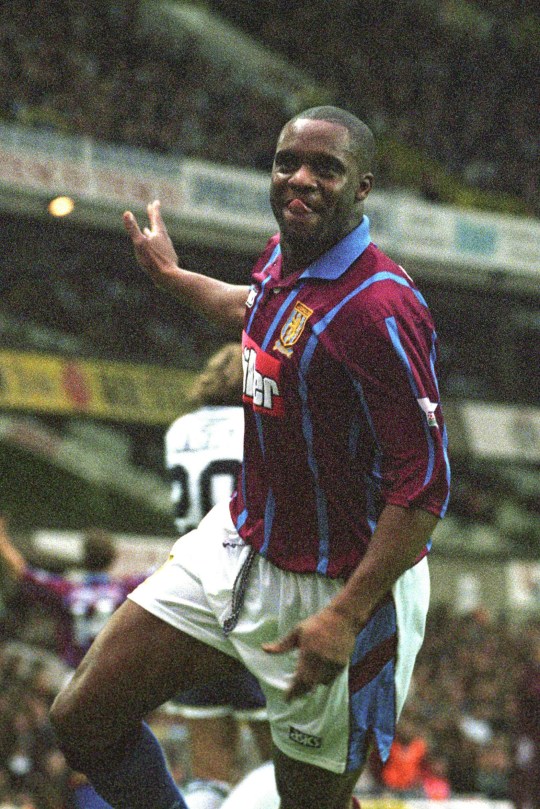 Dalian Atkinson played for Aston Villa between 1991 and 1995 (Picture: PA) 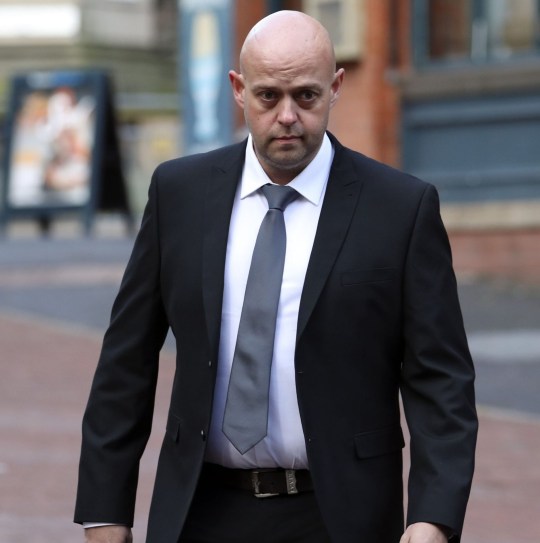 Prosecutor Alexandra Healy said: ‘The two officers on that night were on duty responding to an emergency call. On any view, they were confronted with a man who was clearly acting in a disturbed and erratic way.

‘They were entitled to use reasonable force to defend themselves or protect another. The prosecution do not criticise their conduct prior to the discharge of the third Taser cartridge.

‘However, when the deployment of that last cartridge was completely effective, causing Dalian Atkinson to experience that neuromuscular incapacitation and fall to the ground, the prosecution say it was not reasonable to continue to depress the Taser for 33 seconds.’

Ms Healy also argued PC Monk and PC Bettley-Smith were not acting in self-defence or in defence of another, but were simply ‘angry’ with Mr Atkinson.

She said: ‘In kicking Dalian Atkinson in the head not once, but on two separate occasions, PC Monk was not, the prosecution say, acting in self-defence or in defence of another. 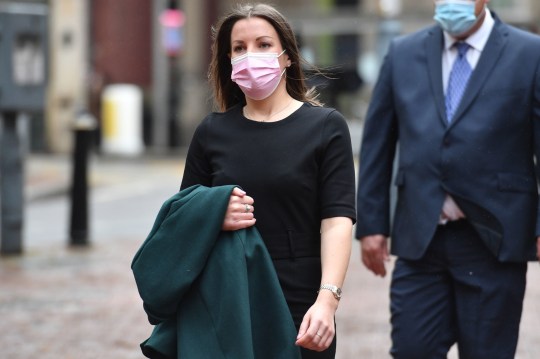 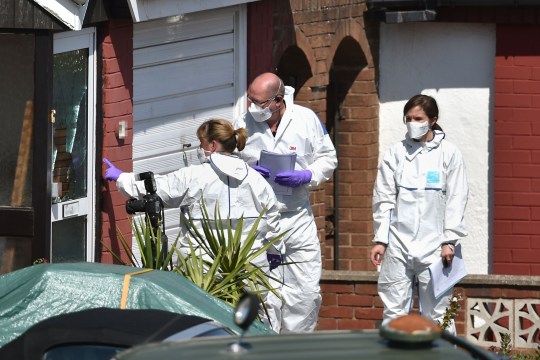 At one point, Mr Atkinson punched the the glass in his dad’s front door (Picture: PA)

‘He was no doubt angry that he had been put in fear by this man. He chose to take that anger out on Dalian Atkinson by kicking him in the head.

‘His training will have taught him, and it is obvious, that the head is a sensitive area.

‘In kicking Dalian Atkinson to the head PC Monk can only, the prosecution say, have only intended to cause really serious injury.’

Victor Swinbourne, who lived on the same road, said he saw PC Monk ‘pull his right foot all the way back and give the black male [Mr Atkinson] a final massive and powerful kick using the toe of his right foot as the male lay motionless on the floor. 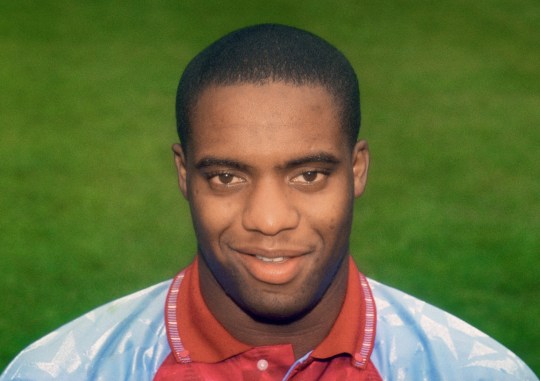 ‘The officer’s leg went straight back and snapped forwards as though he was kicking a football,’ Mr Swinbourne told the court.

Ms Healy claims that pathologists agree that the footballer’s underlying health conditions put him ‘at a greatly increased risk of dying’, but they also believe he would have lived ‘were it not for the third Taser deployment and the kicks to his head’.

Before his death, Mr Atkinson, who has also played for Manchester City, Ipswich Town and Sheffield Town, had been behaving strangely for some time.

His girlfriend, Karen Wright, said he had previously been ‘chuntering’ about the Professional Footballers’ Association (PFA) not giving him enough support for his illnesses.

The day before he showed up at his dad’s house, he said he believed that the NHS and the police wanted to kill him.

PC Monk and PC Bettley-Smith were charged after a three-year inquiry into Mr Atkinson’s death. Both deny wrongdoing.