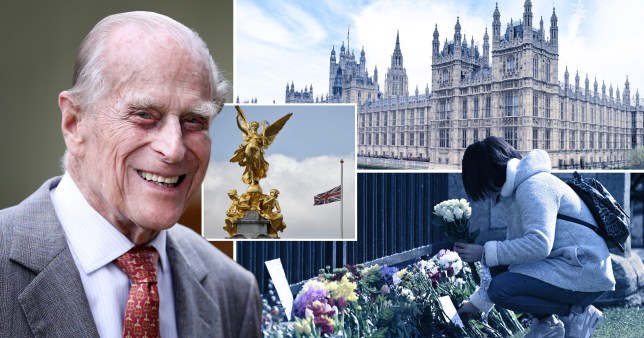 The UK has entered a period of national mourning

The UK has entered a period of national mourning following the death of the Duke of Edinburgh.

Flags will be flown at half-mast, Parliament will not be allowed to pass any new laws and TV presenters will wear black during the period which officially began on Friday when Prince Philip died aged 99.

It will last up to and including his funeral next Saturday.

What does a period of national mourning mean?

The Queen has approved a recommendation by Prime Minister Boris Johnson for an eight day period of national mourning.

It means Union flags will be flown at half-mast on royal residences, Government buildings, Armed Forces establishments and at UK posts overseas for the next week.

Union flags at royal residences and on Government buildings were lowered to half-mast on Friday and will stay that way until 8am on the day after the funeral.

Public services and any services related to the Government response to the pandemic will continue as normal and people will be able to access information and services online as necessary, guidance issued by the Cabinet Office states. 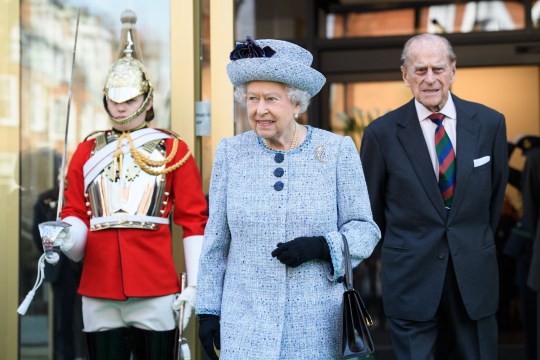 Will the royal family still carry out public engagements?

The Queen and the royal family have entered two weeks of royal mourning, starting from the day of Philip’s death.

Royal mourning will be observed by members of the family and their households, together with troops committed to ceremonial duties.

During this period, the royals will continue undertaking engagements appropriate to the circumstances.

Mourning bands will be worn where appropriate. 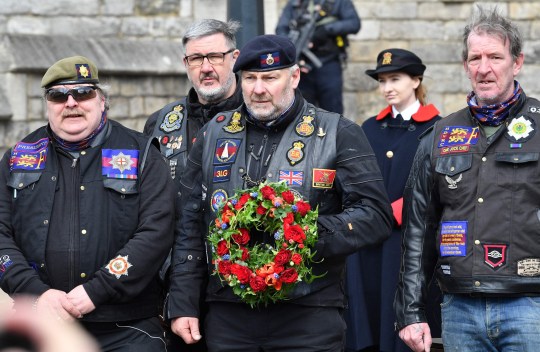 Will businesses have to close?

No. The guidance says there is “no expectation for businesses to close during the mourning period unless they wish to”.

It says it is a decision for individual organisations.

Many businesses in England such as non-essential shops and outdoor hospitality are due to reopen on Monday, having been closed for months in the third national lockdown.

The guidance states that businesses might want to make arrangements for observing the national one-minute silence at 3pm on the day of Philip’s funeral.

What about sporting events, will they take place in this period?

This is also something which is at the discretion of organisers, the guidance states.

It suggests that organisers of sporting fixtures might want to consider using black armbands and observing a silence before matches are played. 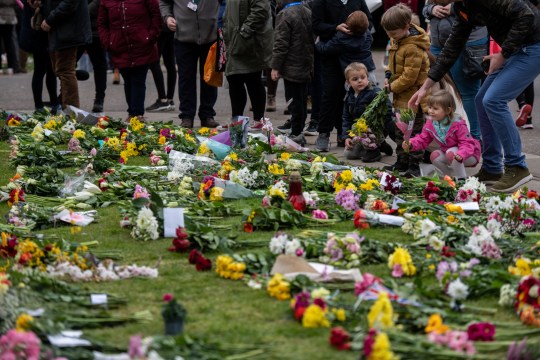 Can I lay flowers in tribute to Philip?

While floral tributes would normally be an expression of sorrow and appreciation on the death of a major figure such as the duke, people are being asked not to lay flowers, candles or messages in public spaces or at royal residences.

The guidance asks that people do not do so in order to comply with coronavirus restrictions currently in place limiting gatherings, and to prevent the spread of infection.

What can I do instead?

It is suggested that people consider donating to a charitable organisation with which Philip had been associated.

The guidance states that would be a ‘fitting way of paying tribute to his remarkable legacy’.

A list of such organisations is on the royal family’s official website, where there’s also an online book of condolence.

There are no physical books of condolence available in public buildings – due to Covid-19 restrictions.