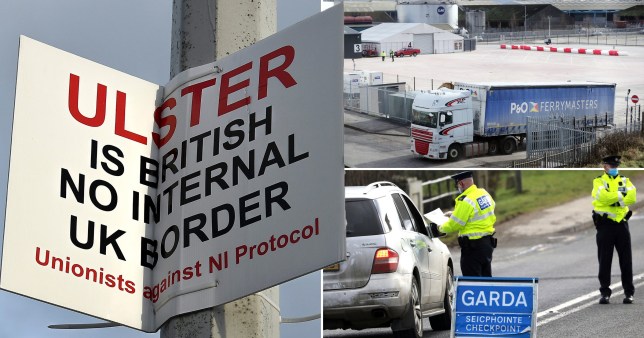 The EU has vowed to take legal action against Britain over trading in Northern Ireland – as chief Brexit negotiator Lord Frost called for bloc chiefs to be ‘friendly’ (Picture: PA/AP/Reuters)

The Government’s chief Brexit negotiator has told Brussels to stop sulking about Britain leaving the EU as tensions boil over trade in Northern Ireland.

Cabinet Minister Lord Frost called on bloc officials to ‘shake off any remaining ill will’ towards the UK and ‘instead build a friendly relationship’.

Lord Frost spoke out as the EU vowed to take legal action against Britain over trading in Northern Ireland.

It comes after the UK announced it will extend Irish sea border ‘grace periods’ designed to ease trade with Northern Ireland – which has remained in the EU single market for goods – while permanent arrangements are agreed.

But the European Commission says Britain is ‘on course to breach international law’ after deciding to extend the measures until October this year.

It has accused the UK of going back on treaty obligations in the Brexit Withdrawal Agreement, designed to avoid a harder border between Northern Ireland and the Republic.

However Lord Frost insisted the move is lawful and would buy more time for constructive discussions with Brussels counterparts.

He wrote in the Sunday Telegraph: ‘With Boris Johnson as Prime Minister, our agenda is one of an outward-looking country, confident we can work with others towards common goals. 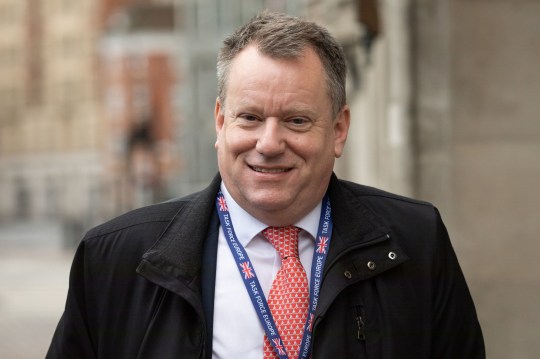 Lord Frost urged the EU to ‘shake off any remaining ill will’ towards Britain over Brexit (Picture: PA) 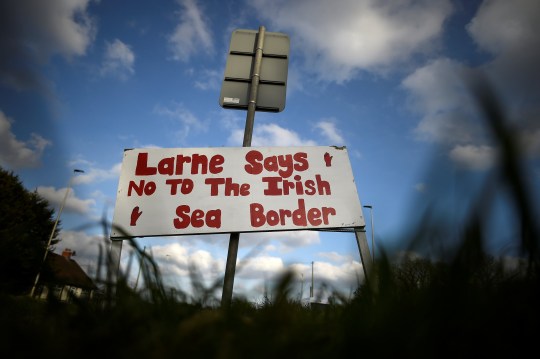 A sign protesting against the Irish Sea Border (Picture: Reuters) 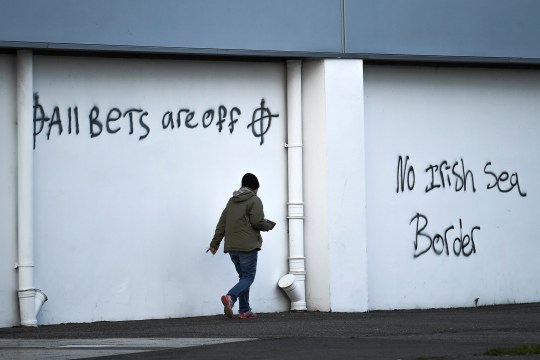 The EU claims Britain ‘is on course to breach international law’ (Picture: Reuters)

‘That is our hope for our ties with our European friends and allies too.

‘I hope they will shake off any remaining ill will towards us for leaving, and instead build a friendly relationship, between sovereign equals.’

The Northern Ireland protocol in the Brexit withdrawal agreement means it must follow EU rules including checks on goods arriving from elsewhere in Britain.

Northern Ireland’s chief British negotiator from 1997 to 2007, Jonathan Powell, criticised Lord Frost for choosing to ‘poke a stick in the eye’ of the bloc.

Mr Powell, also formerly Tony Blair’s chief of staff, described the decision as a ‘disastrous tactical manoeuvre’. In today’s Sunday Times he urged the government to try and ‘rebuild trust’ with the Irish and the EU ‘rather than attacking them’.

However, DUP leader Arlene Foster slammed Brussels for its ‘very belligerent approach’ to problems triggered by the post-Brexit protocol, insisting ‘something had to give’.

US President Joe Biden, who has declared his pride in his Irish heritage, has piled pressure on Britain by warning the Good Friday Agreement must not become a casualty of Brexit.