A BABY died after a cord from a Valentine’s Day balloon got wrapped around her neck and strangled her, an inquest has heard.

Eight-month-old Malaysia Kaylia Lamour managed to grab the line which was tied to her parents’ bed from her cot. 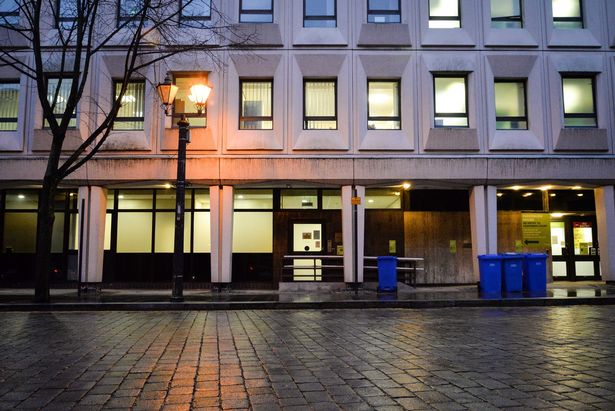 She then became tangled in the cord for the heart-shaped balloon and stopped her from breathing.

A hearing at Bolton Coroner’s Court heard that Malaysia was being cared for by her dad Jackenson Lamour and her mum Brandy Kimberley Harvey at their home in Salford at the time of the tragedy.

Neighbours said the couple were “wonderful parents” who were “very caring” towards their baby girl.

Area coroner Dr Alan Walsh said he hoped the accident would prompt other parents to be extra vigilant around strings and cords, reports the Manchester Evening News.

The child’s tragic death happened on February 22 last year when dad Jackenson had left for work after mum Brandy had returned home from her own job.

After 10pm, the mother went to do some washing up in the kitchen and left her baby in her cot at the foot of the couple’s bed.

The inquest heard how the kitchen was nearby and Brandy could still hear Malaysia.

But when she heard the child’s crying had stopped, she rushed back and discovered the balloon cord had wrapped around the little girl’s neck.

After removing the cord, Brandy called paramedics who arrived after midnight but were unable to save Malaysia.

Police found there was no suspicious circumstances to the child’s death, the coroner said.

He said: “All the inquiries show her mother and father to be wonderful parents, they all say they were very caring to Malaysia and it seems to me they were a loving family.”

A post-mortem examination found the baby’s cause of death had been compression of the neck.

The inquest heard how she likely tried to take hold of the cord, before falling from either a standing or sitting position so that the line became wrapped around her neck.

Dr Walsh it was clear the mother and father had been “perfect parents.”

He said: “This was a tragedy of immense proportions.

“It’s important that I say that I accept this was an enormous tragedy for Malaysia’s parents and I can’t stress enough that they seemed to be wonderful parents who loved Malaysia.

“While nobody expects these terrible accidents to happen, they do happen, and it’s something to learn for other parents from the tragedy of Malaysia’s parents.”

Dr Walsh recorded the tragedy as an accidental death.

The Circle: James gets brutal ‘assassin’ twist as players shun him

Holidays abroad BANNED until July with £5,000 fine for trying to leave the country