ECO-idiots have finally called off protest on the M25 after sparking four days in a row of travel chaos.

The yobs this week climbed the gantries of Britain’s busiest motorway causing havoc, fury and even injury. 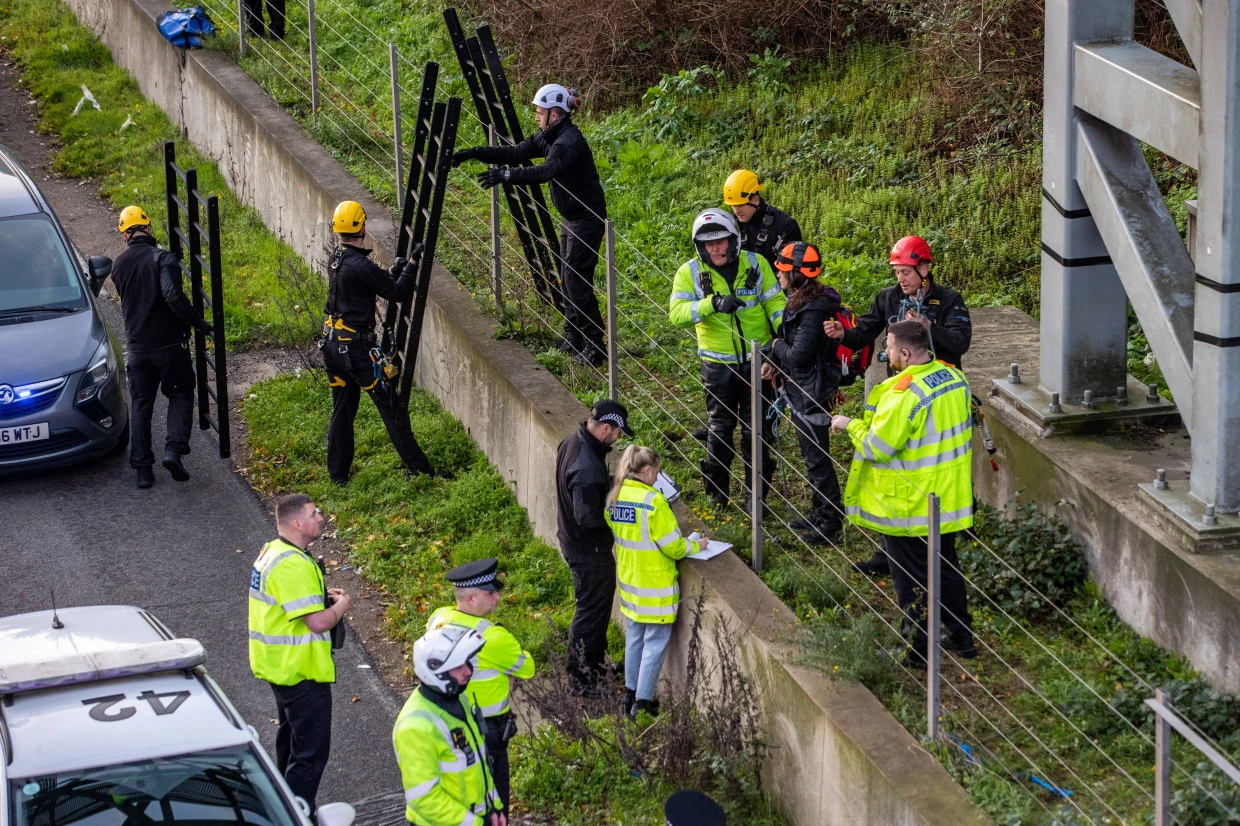 In a statement the group wrote: “From today, Just Stop Oil will halt its campaign of civil resistance on the M25.”

It comes after cops yesterday foiled eco-idiots who recklessly tried climbing onto M25 gantries for a fourth day.

And earlier this week a police chief warned the selfish protesters that “someone will be killed” as a result of their disruption.

On Wednesday a police motorcyclist was injured in a serious crash during the Just Stop Oil protests.

Essex Police chief constable BJ Harrington warned it was “only a matter of time” before someone was killed because of the protests.

He said: “It’s devastating. Our officers have been out there doing the best they can to protect the public and keep the roads moving.

“As a result of their bravery and commitment, one of them gets hurt.”

He went on: “I think it is only a matter of time before somebody gets killed.

“The only way this is going to stop is if Just Stop Oil frankly grow up and realise they are putting people’s lives at risk.”

The horror smash happened when a demonstrator ran onto the motorway between Junction 26 and 27 to try to climb onto a gantry.

A rolling road block was put in place – and there was then a collision involving the trucks and a police motorbike.

It comes after more than 11 junctions of Britain’s busy motorway were ground to a halt on Tuesday.

And on Monday the mob glued and locked themselves on to sign structures at 13 locations – boasting it would be “biggest demonstration in British history”.

However the eco-loons were foiled as cops swooped to arrest them — thanks to a tip off from The Sun.

Twenty-three people were held after the Just Stop Oil campaigners hoped to disrupt journeys for tens of thousands of motorists.

Six forces from across the South East created a ring of steel around London’s orbital motorway, used by up to 200,000 motorists every day.

Specialist teams were already in place, including officers with climbing equipment and cherry pickers so any protesters could be quickly removed.

Bride has first kiss ever on her wedding day