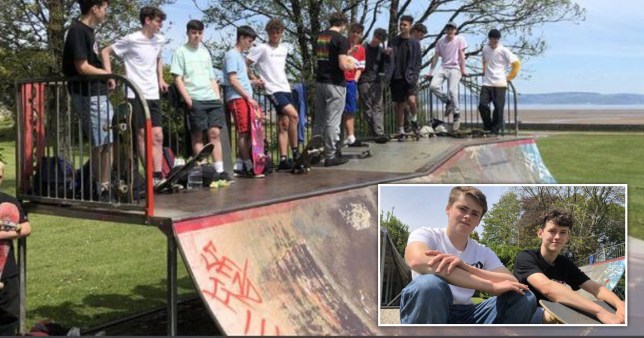 Nearby residents want the skate park built somewhere else but the council has approved plans for a specific site (Pictures: BBC)

Locals have started a horn-beeping campaign to protest against a handful of people in an affluent area opposing the location of a new skate park.

Drivers have been constantly beeping their horns outside the homes of several people who are trying to stop the redevelopment in Mumbles, Swansea.

Skateboarders in the Welsh city have waited through three years of discussion for the replacement of their decrepit half pipe with a brand new concrete skate park.

But despite plans being approved for the construction at Llwynderw, across the road from a beach, a group of seven nearby residents have launched a judicial review against building the skate park there.

The Mumbles Skatepark Association, which has had to get through ‘numerous hurdles and a lot of bureaucracy’ to get the plans authorised, said the opposition is a ‘slap in the face’ and will cause delays.

But it is not just skaters who have a problem with locals trying to change the location of this skate park.

People from all over the community keep beeping their horns when they drive past Mumbles Road, near the mini half-pipe at Llwynderw.

Today, dozens sat in the park in support while skaters used the halfpipe and drivers beeped their horns and revved their engines as they passed nearby homes. 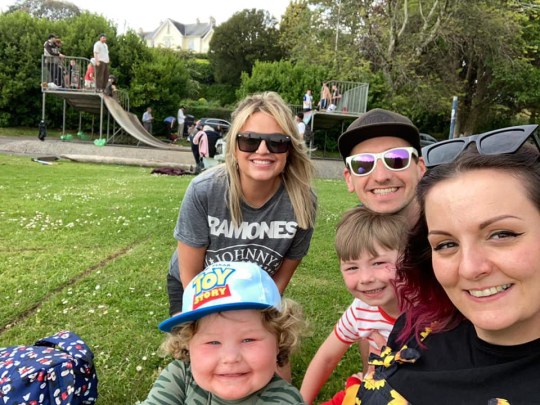 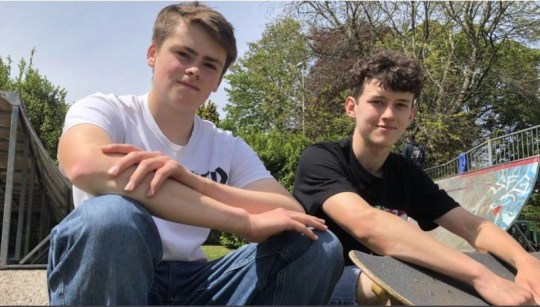 Skaters say Llwynderw is the best place for a skate park in Swansea because ‘everyone can get to it’ (Picture: BBC) 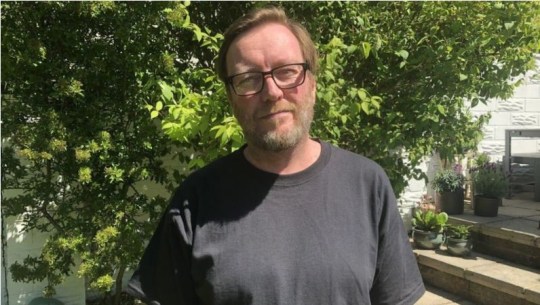 Jason Williams, chair of the Mumbles Skate Park Association, said the Association has nothing to do with the beeping campaign (Picture: BBC)

One of the seven people who were opposing the skate park’s redevelopment at Llwynderw, which was chosen over two other potential sites, was car salesman Mark Bailey who has since withdrawn from the judicial review.

He said his family has been ‘subject to significant abuse’ while other residents have posted videos of the constant beeping outside their homes which sometimes goes on until early hours of the morning.

The Mumbles Skatepark Association’s chair Jason Williams said he does not know who started the beeping campaign and stressed that the Association ‘does not condone it’.

South Wales Police have promised to look into the ‘anti-social behaviour’.

Those opposing the redevelopment have taken issue with Swansea Council handing over the Llwynderw land to Mumbles Community Council in January this year.

The handover has made it possible for Mumbles Community Council to approve the skate park plans at Llwynderw.

Mr Bailey told skaters he had offered to pay £500,000 for a new skate park at a different location while promising to maintain and improve the land at Llwynderw – with more wild flowers and public seating.

A video of the business man arguing with skaters appeared on social media on Wednesday.

Footage shows him and his wife walking up to some teenage boys and moaning at them for receiving abuse when they drove past in their ‘brand new Ferrari’.

A young boy insists he did not do anything and Mr Bailey replies: ‘I’m not blaming you, I’m saying somebody has’.

The boy says they have not done ‘f**k all’ and Mr Bailey tells him to ‘watch his language’.

Eventually the boy starts skating the halfpipe and ignores the couple. Mr Bailey’s wife, who is standing on the halfpipe, steps back and Mr Bailey says: ‘If you touch her, I’ll smash your face in.’

The couple then walk further into the middle of the halfpipe so the young boy has to actively avoid them.

The group continue to squabble with Mr Bailey and his wife and the boy says: ‘This is the best place in Swansea for a skate park because of access, everyone can get here’.

In Facebook posts seen by WalesOnline, Mr Bailey said he and his wife ‘unreservedly apologise’ for their actions, explaining that ‘emotions were running high because of the abuse his family has received’.

He said: ‘I remained calm until one of the skaters nearly hit my wife, I regret what was said in the heat of the moment but emotions were running high at the time.’

The video went viral and many local social media pages have since slammed Mr Bailey.

On Saturday night, he withdrew his opposition to the skate park saying he ‘now concedes on making any objection to the redevelopment at that location’.

Local councillors say they understand supporters’ frustration at yet another obstacle to the skate park, but have asked people to stop beeping their horns.

Cllr Des Thomas, said judicial reviews were part of the democratic process – albeit an option that many people could not afford – and that the residents should be allowed to exercise that right.

‘Beeping horns is a childish way of getting back at those people,’ said Cllr Thomas.

‘We have listened to the concerns of residents along Mumbles Road, some of whom are being affected by inconsiderate anti-social behaviour,’ he said.

‘I would encourage people to keep reporting things to us, it helps us build up an intelligence picture and, where necessary, we will take fair, reasonable and proportionate action.’

Long Covid has a minimal impact on children who recover in less than a week from killer virus, study shows