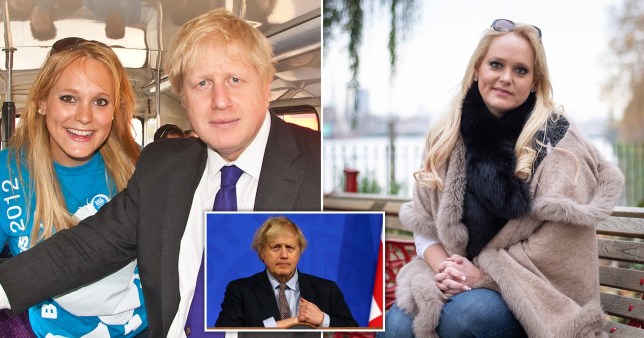 Jennifer Arcuri claims she slept with Boris Johnson minutes before his then wife arrived back home (Picture: Getty/Jennifer Arcuri/AP)

Number 10 has defended the Boris Johnson’s ‘honesty and integrity’ after new allegations arose about his relationship with the American businesswoman Jennifer Arcuri.

The Prime Minister’s press secretary Allegra Stratton insisted he had ‘no case to answer’ over claims that Mr Johnson used his position while London mayor to get favourable treatment for Jennifer Arcuri.

It comes after Ms Arcuri claimed that she and Mr Johnson had a four-year affair when he was mayor, in an interview with the Sunday Mirror. She claimed that they slept together on a sofa at his marital home minutes before his wife came home and that he ‘begged her’ for intimate photos.

Mr Johnson avoided a criminal investigation after the Independent Office for Police Conduct (IOPC)  found no evidence he had influenced the payment of thousands of pounds of public money to Ms Arcuri or secured her participation in foreign trade trips that he led.

But the PM still faces a probe by the Greater London Authority’s (GLA) oversight committee into whether he conducted himself in a way that is expected of those in public office.

Ms Stratton did not address the relationship directly but repeatedly referred to the police watchdog’s findings when questioned by reporters during a Westminster briefing.

‘He does believe in the wider principles of integrity and honesty,’ Ms Stratton said on Monday. 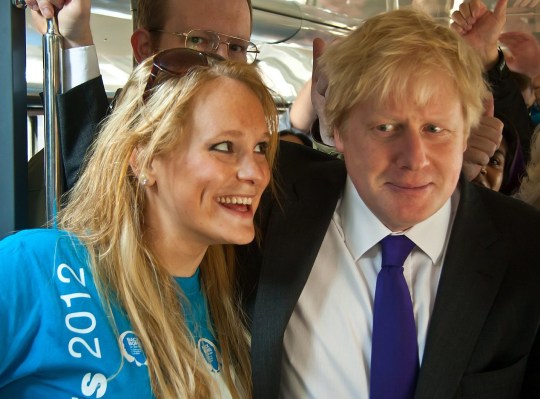 Ms Arcuri claims they had an affair that began in 2012 (Picture: Jennifer Arcuri)

‘He acts with integrity and is honest. I’ve said that he follows the Nolan principles when conducting himself in public life.’

The principles are the basis of the ethical standards expected of public office holders.

Ms Arcuri, now 36, who took a selfie in the kitchen of Mr Johnson’s £3.35million townhouse and claims to have had an ‘intimate relationship’ with the future PM between 2012 and 2016.

The IOPC report, published last year, found there was no evidence Mr Johnson influenced the payment of sponsorship money to Ms Arcuri’s companies.

However, the IOPC said it ‘would have been wise’ for Mr Johnson to have declared the pair’s ‘close association’ as a conflict of interest and referred the matter back to the GLA’s oversight committee.

She added: ‘This work has been done – public time, money and effort has been spent looking into whether or not there’s any wrongdoing and it was found that the Prime Minister, the then London mayor, has no case to answer.’

Lawyer, 43, ‘drove aggressively at pedestrian’ who had to ‘jump out of the way’ in parking row at daughter’s nursery