Former President Donald Trump gestures after announcing he is running for president for the third time (Credits: AP)

Donald Trump hasn’t just set his sights on getting back to the White House – he wants to go to Mars.

After announcing his leadership bid earlier this week, the former president has ramped up his rhetoric over what Americans can expect from a second term.

And that includes planting the American flag in the dusty red soil of Mars.

During the speech at his Mar-a-Lago resort, Trump said: ‘We will expand the frontiers of human knowledge and will extend the horizons of human achievement.

‘And we will plant our beautiful American flag very soon on the surface of Mars.’

Nasa is currently in the midst of preparing to send humans to Mars. The Artemis missions will include returning to the moon before, finally, sending humans 140 million miles to Mars. 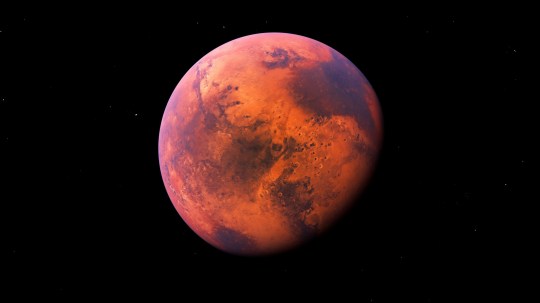 Trump plans to put the American flag on the Martian surface (Credit: Shutterstock)

Because of the difference in orbits between the two planets, there are finely-tuned launch windows that need to be observed for the maximum efficiency.

Trump is no doubt hoping these align with his second term in charge of the US.

Alongside sending the stars and stripes to Mars, Trump also said he would create a huge nuclear weapons shield to protect the country from incoming attacks. This idea was first mooted by Reagan in the 1980s.

‘To protect our people from the unthinkable threat of nuclear weapons and hypersonic missiles, the United States must also build a state-of-the art next generation missile defense shield – we need it,’ Trump said.

‘The power of these missiles, and the power of a word I refuse to say – nuclear – we have to have it.’ 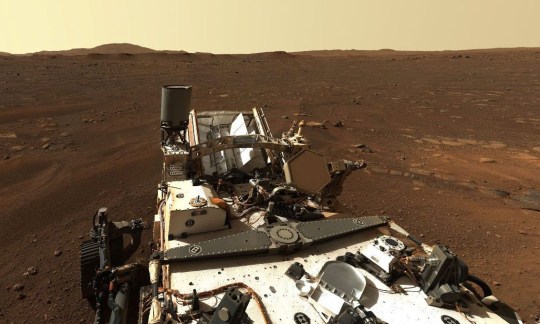 Trump named his successor, President Joe Biden, several times during his speech, saying the nation has experienced ‘pain, hardship, anxiety and despair’ under his leadership. He said inflation is the highest in 50 years and that Americans face the highest gas prices.

‘I will fight like no one has ever fought before.’

He filed his paperwork to establish his candidacy to run for president with the Federal Election Committee just before making his announcement speech.

This is Trump’s third presidential campaign, after winning in 2016 and losing to Biden in 2020.

Call of Duty Warzone 2.0: Everything we know about the hidden nuke