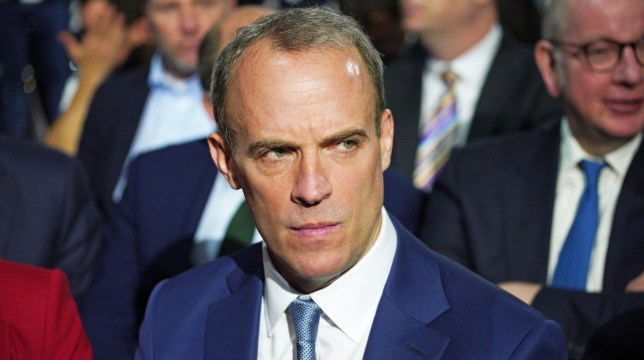 The incident was said to have taken place during an ‘explosive’ meeting (Picture: PA)

Dominic Raab has been left red faced after he was accused of chucking three Pret A Manger tomatoes in a ‘fit of rage’.

The deputy PM Tory ‘exploded’ into a rage at a tense meeting with nervous Ministry of Justice staff in June, The Sun reports.

It comes as traumatised staff were reportedly offered a ‘way out’ after Mr Raab’s return to Rishi Sunak’s cabinet.

A political insider told The Sun: ‘Raab wasn’t happy with the way he was being briefed. He began a tirade, opened his Pret salad and threw three tomatoes out into a bag across the table making a loud noise.’

But a spokesman for Mr Raab has dismissed the claims as ‘nonsense’.

The return of the politician- a well-known Pret fan – allegedly left staff so scared that top Whitehall officials were said to have gathered staff to brace for his arrival.

A source claimed: ‘Heads sat us all down and gave us the chance to air our feelings because they knew we were all upset.

‘It was an awful atmosphere when it was announced, like impending doom.’ 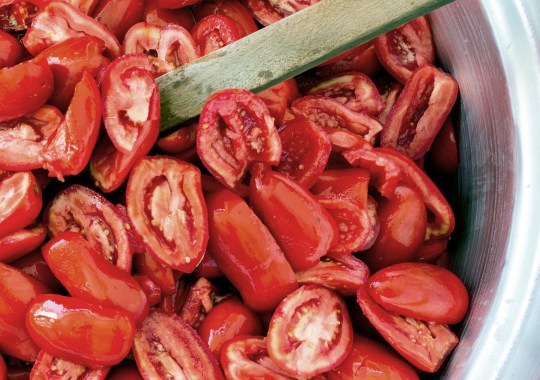 The Deputy PM is accused of throwing three tomatoes, perhaps similar to these ones (Picture: Getty Images)

The Guardian reported the department’s top civil servant Antonia Romeo ‘read him [Mr Raab] the riot act’ about how he should act towards his team.

There are hopes the alleged salad-flinging politician may change his ways with one source saying they predicted he would ‘turn over a new leaf’.

An MoJ spokeswoman has responded to the claims: ‘There is zero tolerance for bullying across the civil service.

‘The Deputy Prime Minister leads a professional department, driving forward major reforms, where civil servants are valued and the level of ambition is high.’

Some Tories have come to the defence of Mr Raab, with Helen Grant, the MP for Maidstone and The Weald, saying she witnessed a ‘very decent’ minister with ‘high professional standards’ when the pair came into contact during her colleague’s tenure as foreign secretary.

Fellow Conservative MP Eddie Hughes also said he had never seen Mr Raab be rude to anyone during his time in the housing or Brexit departments.

A cloud of bullying allegations has rocked the government this week – after bully boy Gavin Williamson was forced to resign for ‘bullying’ and ‘threatening’ behaviour and for telling a senior civil servant to ‘slit your throat’ and on another occasion to ‘jump out of the window’.

The former Cabinet Office minister said he had decided to ‘step back from Government’ while the complaints process into his conduct is carried out, vowing to ‘clear my name of any wrongdoing’.

It follows allegations he sent expletive-laden messages to former chief whip Wendy Morton complaining about being refused an invitation to the Queen’s funeral.

Two teenagers in court after man, 21, stabbed to death in London