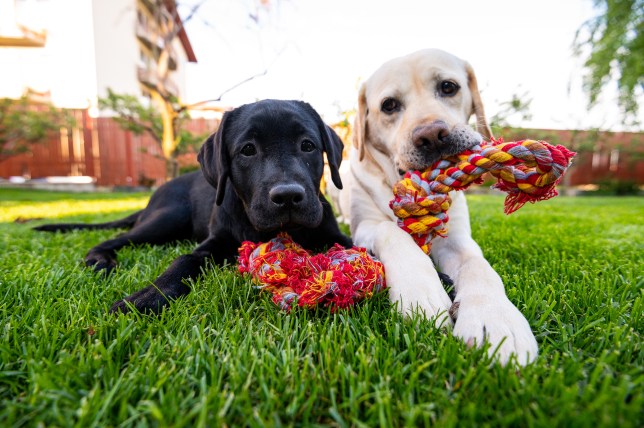 Two women were approached by men with fake RSPCA badges and asked for their puppies (Picture: Getty)

Dognappers have been targeting lone women walking their puppies as the value of pedigree dogs skyrockets during the pandemic.

As the lockdown forces Britons to continue working from home, more families are opting to introduce puppies to their households – leading to an increase in prices for dogs.

Criminals can now make more money selling a dog on the black market than they can selling drugs leading to more attempted dog snatches, The Mirror reported.

Ceira Flemming, 23, was out jogging with her collie-cross puppy, Callie, on Wednesday when a white van approached her.

Two men, who showed Ceira fake RSPCA badges, said Callie matched the description of a stolen dog and that they needed to take the puppy in for some tests.

Ceira, from Poole, Dorset, told the Mirror: ‘The men weren’t in uniform. When I started to ask questions, one of them looked annoyed and started to get out. I slammed his door shut and ran off.’

In Horsham, West Sussex, Lauren Barnes and her golden retriever puppy, Bentley, were also approached by two men in an unmarked white van.

The 28-year-old said the men were ‘staring’ at her dog, who cost her £3,000, as they ‘veered alongside’ her, before the man in the passenger seat tried to get out.

But when she took her phone out to take a photo of the pair, the man got back in the van and they sped off. 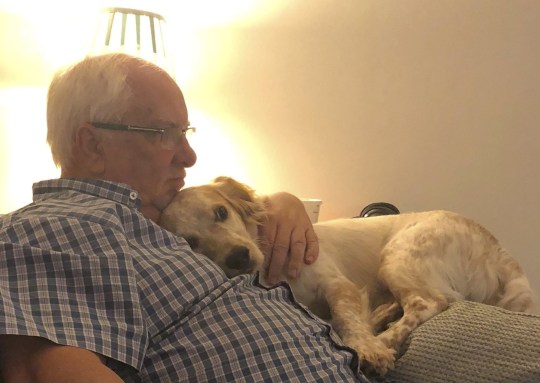 Mike Jasper was left devastated after his dog Ted was stolen during a vicious attack (Picture: SWNS) 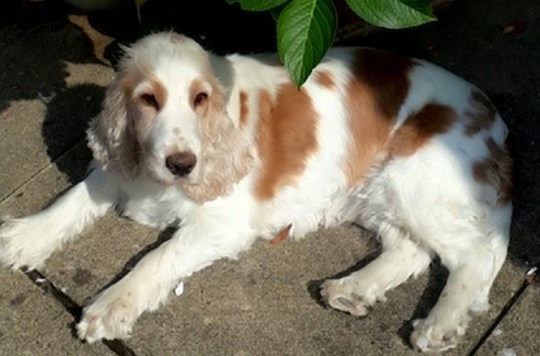 Daisy was stolen by a man in a white van from in front of her home in Kent (Picture: SWNS)

‘They looked really menacing. I think they targeted me because I was a young woman out alone with a nice puppy,’ she said.

Since March, the value of chow chows, dachshunds, pugs and bulldogs has risen by almost 75%.

The RSPCA said the increase in attempts to steal dogs was ‘worrying’ while the Stolen and Missing Pets Alliance warned the public to be ‘vigilant’ when walking their dogs and that ‘nowhere is safe’.

The latest attempted dog thefts come after a family launched an appeal offering a £5,000 reward to get their Sprocker Spaniel Ted home safely after he was stolen.

Mike Jasper, 66, was left devastated and said he’d lost his ‘best friend’ after he was attacked by two men who ran off with Ted in Cannon Hill Common, south London, earlier this month.

Just last week, a pensioner issued an emotional plea for the safe return of Cocker Spaniel Daisy who was snatched from outside her own home in Hollingbourne, Kent.

Pam Nash, 76, was left distraught after a white van pulled up outside her property, before a man grabbed the rescue dog and took her away.