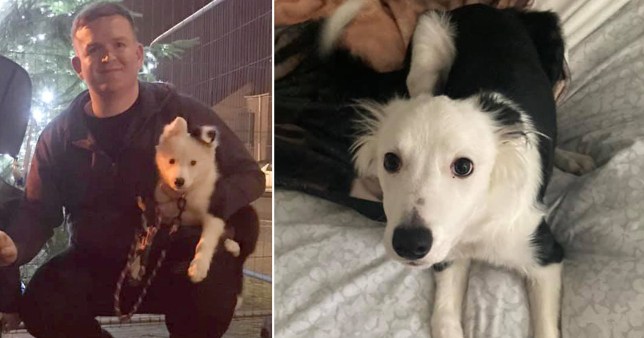 James Cosens was confronted while on a walk with his collie Rosie (Pictures: Wales News Service)

Two dognappers threatened to stab a man while attempting to steal his 10-week-old puppy as they were out on a walk.

Former amateur boxer James Cosens, 29, said he fought off the attackers after refusing to let them get away with his collie Rosie.

The pub landlord and father-of-one was walking on the Millennium Coastal Path near Llanelli, in South Wales, when he was confronted by the pair.

He said one of the men snatched the pup before warning: ‘If you attempt to get your dog back I will stab you.’

Mr Cosens went on: ‘I was of course scared, it felt like these guys had nothing to lose, attempting this at 1.30pm when there could potentially be many other walkers out and about to witness.

‘Fight and flight is a saying that gets thrown around pretty frequently, and I wanted to pick the flight option, but it wasn’t an option without my dog.

‘In order to get away safely the only thing I felt I could do is hit first to try and have the element of surprise.

‘The first punch I threw managed to floor the man holding Rosie, but he still had a tight grip on her so the altercation moved onto the floor.

‘He continued to struggle so I punched him twice more and managed to pull my dog out of his arms.

‘During this his friend hit me four or five times from behind, but I managed to stand up, grab the dog and start making my getaway.’ 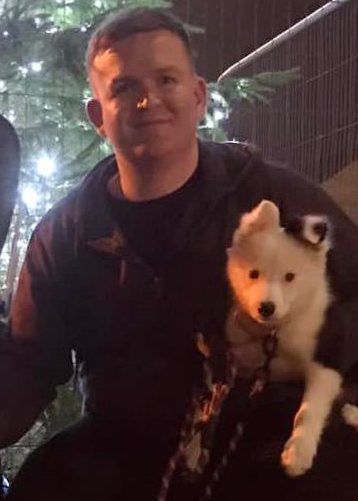 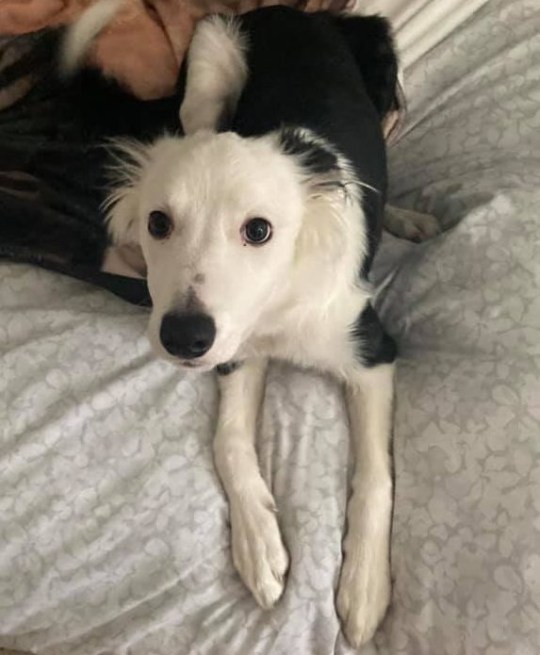 The former boxer fought off the attackers after refusing to let them get away with his collie Rosie (Picture: Wales News Service)

Mr Cosens recently moved to the area with his family after living in London.

One of the suspects was described as being in his 40s, around 6ft tall, of stocky build, wearing light blue jeans and a dark puffer jacket. The other was in his 20s, around 5ft 6in tall, and wearing similar clothing.

Inspector Shaun Bowen said dog owners in the area were worried after hearing about the incident and some ‘are now fearful of walking their pets’.

He added: ‘The incident in Bynea is at present isolated in terms of an individual being targeted while walking their dog, and we have received no further reports.

‘We urge people to continue to take their usual safety measures while not reacting out of fear, but please do report any incidents or suspicious behaviour to us.’

The attempted theft came after a spate of dognapping in lockdown due to a rise in demand for pets.

In a separate incident, officers from Dyfed-Powys Police rescued around 80 dogs thought to be worth £40,000 after being alerted by an owner reporting the theft of more than 20 animals on January 24.

One person arrested on suspicion of handling stolen goods remains in custody.

South Wales Police recovered six dogs after spotting they had been released onto common land in Briton Ferry a day earlier, on January 23.

Superintendent Cath Larkman said: ‘It needs to be borne in mind that these dogs are not merely items of financial value, these are living creatures who feel pain and suffering and loss at being stolen and they are much loved family members in many instances.

‘One of the stolen dogs that was recovered at Briton Ferry fell into the water in panic at being released and had to be rescued by a police officer to prevent it drowning.’

The 7 areas in England where Covid cases are still rising