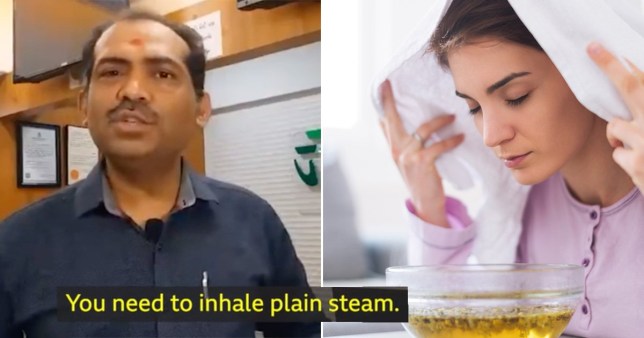 Doctors have warned people against inhaling steam to protect themselves from Covid after false claims were spread through WhatsApp.

Videos circulating on social media have claimed that inhaling steam through the mouth and nose can kill the virus before it reaches the lungs. One clip stated that the method would ‘save us all’ from infection.

But medics have now spoken out against the practice, and emphasised that inhaling steam could actually do more harm than good, as it can burn the airways.

President Prof Andrew Goddard told the BBC: ‘At the moment the only thing we know that works for members of the public to prevent Covid is vaccination.

‘I would urge anyone who sees this video to ignore it, there is no evidence that steam inhalation works, and there is good evidence it will do you harm.’

In May last year, research from the Birmingham Women’s and Children’s NHS Foundation Trust showed that around half of England’s burn centres were seeing a rise in incidents linked to inhaling steam. 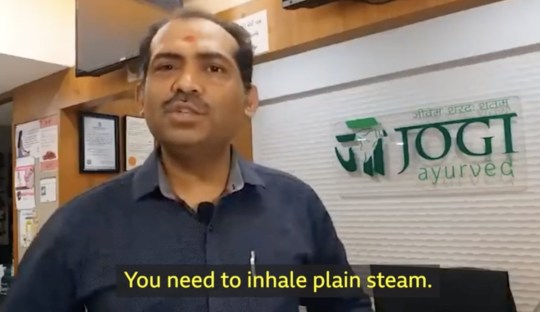 Two-thirds of the centres also said the majority of their patients inhaling steam were from an Asian background.

Professor Naiem Moiemen, a burns consultant and plastic surgeon with the trust, noted that there was ‘no scientific evidence’ that steam inhalation provided symptomatic relief for Covid, or lessened the virus’ impact.

Steam inhalation is often used as a home remedy for common colds, particularly with the addition of eucalyptus oil to help loosen build-ups of mucus and reduce congestion.

However, the NHS does not advise allowing children to breathe in steam from a hot bowl of water, due to the risk of scalding. 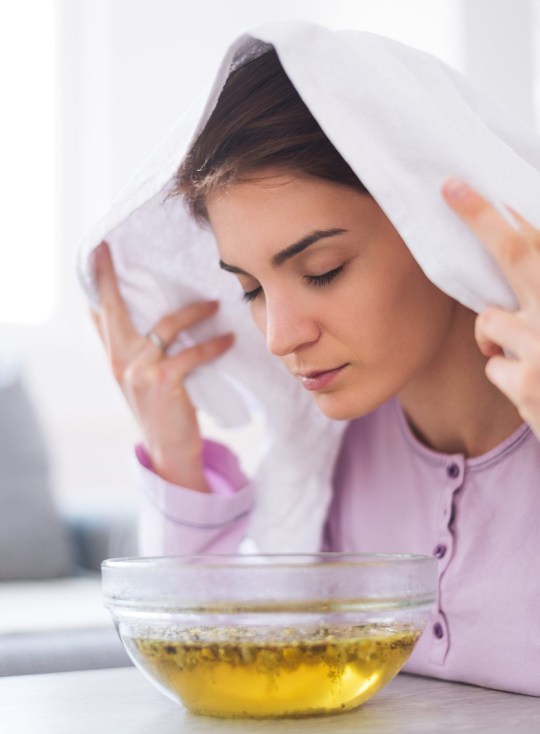 One video encouraging the use of steam inhalation as a Covid prevention was created by chemical engineer, Nilesh Jogal, who is the director of an alternative medicine hospital in Gujarat, India.

He told the BBC that his team of more than 20 doctors had avoided infection by following the practice, but did not provide evidence.

In Italy, a study looked at the impact steam inhalation on 10 Covid patients, and said it might help ‘ease the consequences’ of the infection in mild or early cases. Participants inhaled steam for around an hour for at least four days.

But the researchers pointed out that their observations were ‘only preliminary’, and had obvious limitations without a further controlled trial. 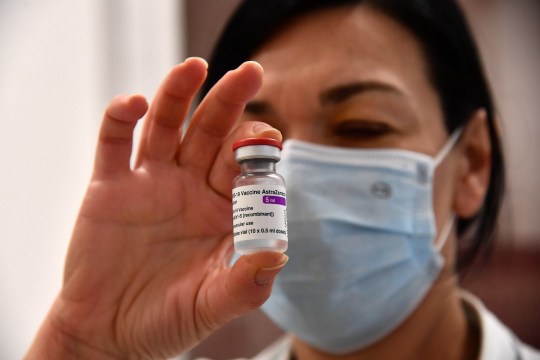 The Covid vaccine is the only way to beat the virus, doctors have said (Picture: EPA)

He added: ‘If my central heating system breaks down I’m going to call a central heating engineer, I’m not going to ask a brain surgeon, so why would you go to those sources of information when you have readily accessible good sources in the NHS.’

Paedophile, 52, giggled after raping friend in hotel bed as she slept