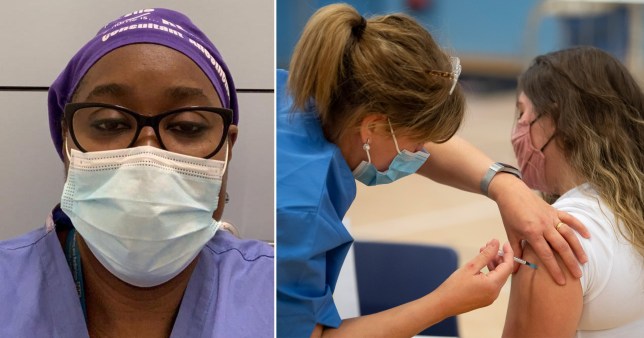 A doctor who lost two relatives to Covid has made a vaccine plea to the black and Asian community (Picture: Barking, Redbridge and Havering NHS Trust)

A frontline doctor who lost three members of her family during the pandemic has urged London’s black community to take up the vaccine.

Dr Remi Odejinmi, who works for Barking, Redbridge and Havering NHS Trust, drew on her own loss as she made the appeal to the Black, Asian and minority ethnic [BAME] community.

The Consultant Anaesthetist called on Londoners to look to ‘trusted sources’ beyond social media awash with misinformation and conspiracy theories.

The Trust has dedicated vaccination hubs at King George Hospital in Ilford and Queen’s Hospital in Romford, part of an unprecedented nationwide drive that has immunised more than 20million people since Margaret Keenan received the world’s first clinically-approved jab 12 weeks ago.

She has experienced loss in a personal capacity during the second wave, with three loved ones dying within the space of two months.

Dr Odejinmi said: ‘When you look at the ravages of Covid and the consequences for everyone, not just with the sickness and the deaths but the isolation, the impact on the economy and not being able to grieve in the same place, it makes you think seriously about what needs to be done.

‘I feel I have a big picture view of what people are going through, both as a worker at the coalface seeing what happens to people who have Covid as they are separated from loved ones, and as Joe Bloggs suffering loss.

‘I’ve also had Covid myself and I narrowly avoided going into intensive care.

‘It wasn’t just about the impact on me, but on my husband and sons and it’s not something I would wish on my worst enemy.

‘Bearing in mind, the black community has large families; aunties, uncles, grandparents and nieces and nephews. Covid means we can’t move around, visit each other and go to funerals together.’ 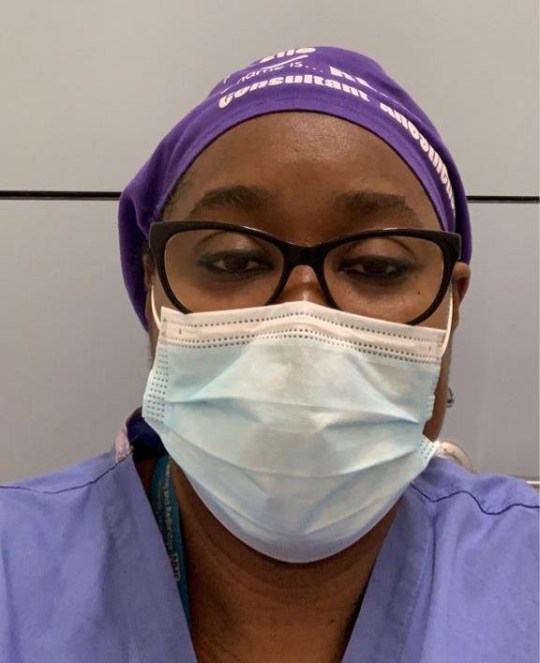 Dr Remi Odejinmi has drawn on her experiences on the frontline and as a member of London’s black community (Picture: Barking, Redbridge and Havering NHS Trust)

Dr Odejinmi lost her mother in Nigeria in December to non-Covid reasons. The virus then claimed the lives of her aunt and brother-in-law.

Dr Odejinmi said: ‘At one point I said tongue-in-cheek to my husband that he should have the vaccine first and I’d see what the effects were.

‘But when I had the first vaccine I was glad, I felt privileged to have been among the priority group to get it. I know people are scared and not full of trust for certain Governmental agencies. You can get information at the touch of a button, but it may not be credible.

‘I just want people to look at the science and make the decision for themselves based on the right sources, because this is ultimately what is going to get us out of the lockdown, it’s our light at the end of the tunnel.

‘The pain of loss still sits with us but it reminds us each day that we have to take care of ourselves and our loved ones.’ 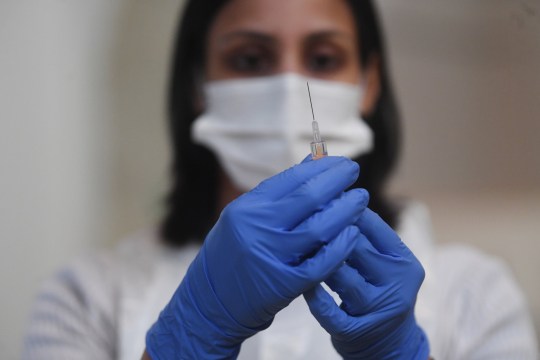 Gaping health disparities during the pandemic were exposed earlier this week in a BBC documentary presented by actor David Harewood, entitled Why is Covid Killing People of Colour? Evidence from official bodies and faith groups in north-east London shows there is still a reluctance among some of the groups with the highest death rates.

Dr Odejinmi told Metro.co.uk: ‘There is a problem with vaccine hesistancy and we need to reach all citizens.

‘In the first peak the black and Asian communities and other minority ethnic groups were affected disproportionately so being from the black community I want to address those anxieties and build that trust in the system.

‘As a black woman I’m aware of the reasons why people are hesitant about taking the vaccine, so I want to do what I can in my sphere of influence to encourage people to ask the right questions and get the right answers.’

Another gap in the biggest vaccination programme the world has ever seen is take-up by NHS and care staff themselves.

Up to 200,000 workers on the frontline – out of around three million – are said to have rejected the opportunity, which has led to reports that taking the jab may be made compulsory in the profession. 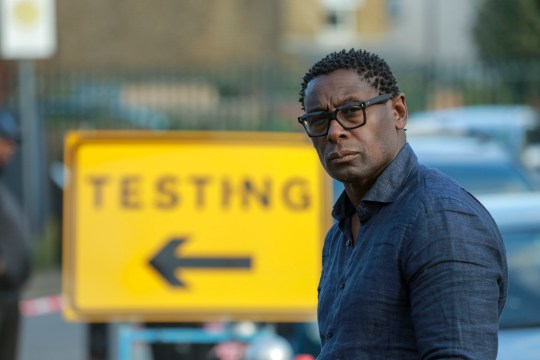 ‘It is a worry because we are not islands and we need to address why,’ Dr Odejinmi said.

‘As much as we celebrate how well we have done with the vaccination programmes there are still gaps in terms of awareness and understanding which we need to address at this point in time.

‘We haven’t made this mandatory and we have to understand this is new and this is frightening.

‘There are going to be early adopters and later adopters as well.’

The Trust’s response to the pandemic has included helping one of the UK’s longest-running patients, Anil Patel, pull through his fight with Covid.

Metro.co.uk has told of the father-of-two’s time in hospital, as he spent 149 days fighting the virus, and his ongoing recovery.

Lisa Perry has also paid an emotional thanks to the Trust for saving her life after being reunited with her partner and three-year-old daughter.