THIS is the disgusting second a lady spat at a Waitrose employee and shouted “you’re lifeless” throughout a foul-mouthed assault.

The unnamed lady, wearing black boots and a white coat, may be heard abusing a person standing behind a until in Clapham Widespread, London. 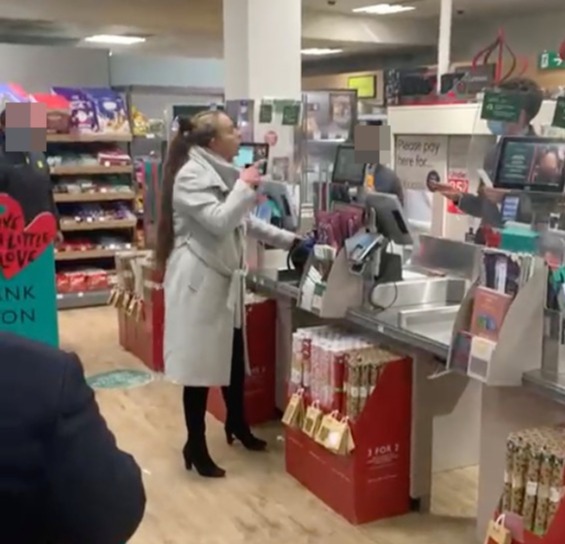 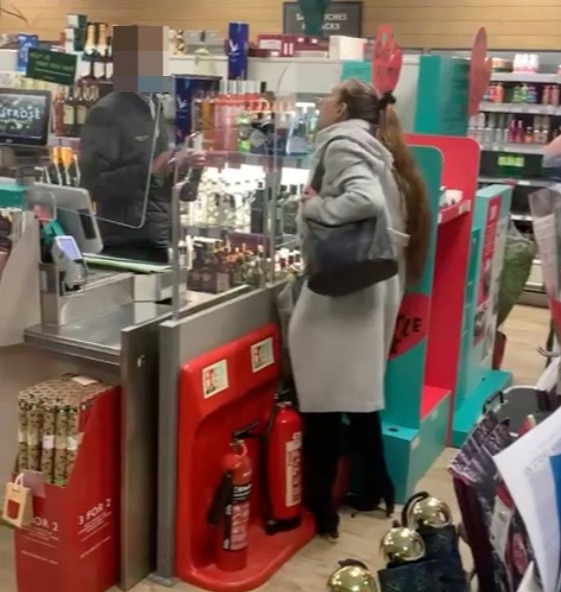 She then spat on the employee when her card was declined in retailer Credit score: Jam Press

She then walked round to the nook of the until and spat on the employee after her card was declined.

Her saliva landed on the plastic cowl in place as a consequence of coronavirus restrictions.

She shouted: “I obtained f***ing cash in my account, you are gonna decline me?

The Waitrose employees member tried to calm her down and clarify the state of affairs however she continued her verbal tirade.

A safety guard may be heard calling the police within the background, whereas an older, feminine employee approached the lady to get her out of the shop.

The lady, who wasn’t sporting a masks, walked in direction of the exit the place she took her anger out on the Christmas tree show, kicking the merchandise.

“I’ve obtained cash in my account, you gonna decline me you motherf***ing c***s.”

A person who was standing outdoors the shop entered to help in the course of the heated occasion and get the lady out of the store, which he ultimately manages to do.

The feminine employees employee came to visit to place the Christmas show collectively once more and stated:  “How pretty. Nice British Public”.

The Waitrose employees employee who was attacked stated the lady had tried to buy gadgets however was swearing at him.

He added that when he requested her to not use that language or exit the store, she began verbally abusing him.

The incident passed off on Saturday night time at 9.40pm in entrance of a dozen witnesses.

The Solar On-line has contaced the Metropolitan Police and Waitrose for remark. 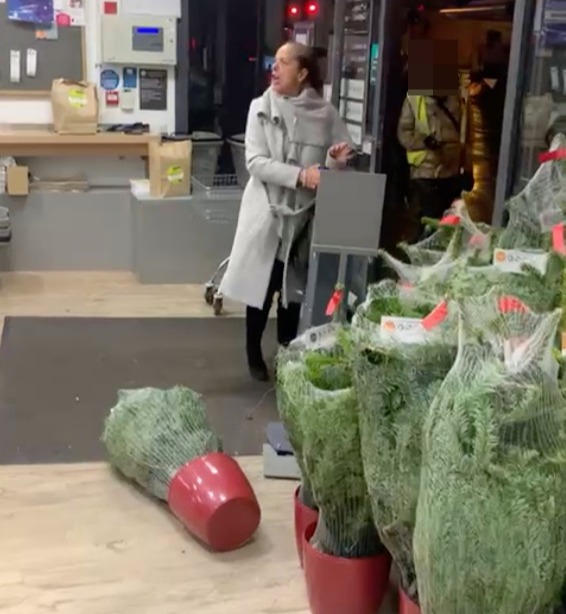 The lady additionally took her anger out on a Christmas tree Credit score: Jam Press 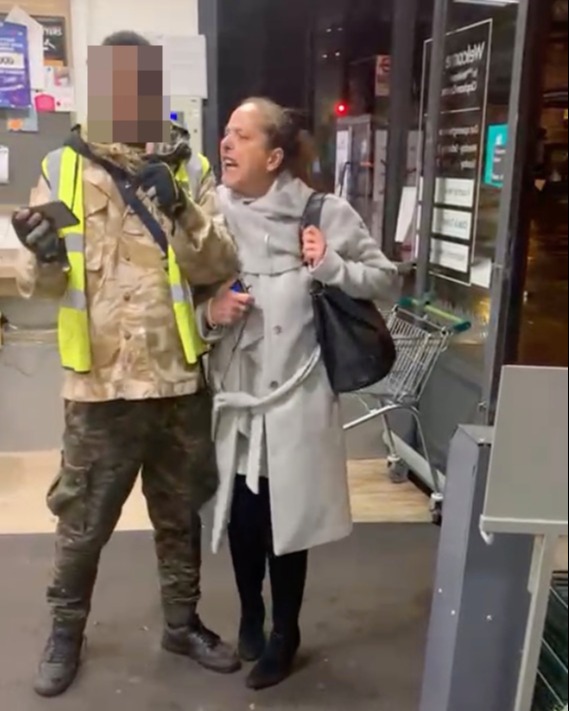 She ultimately left the shop after shouting and swearing at employees Credit score: Jam Press