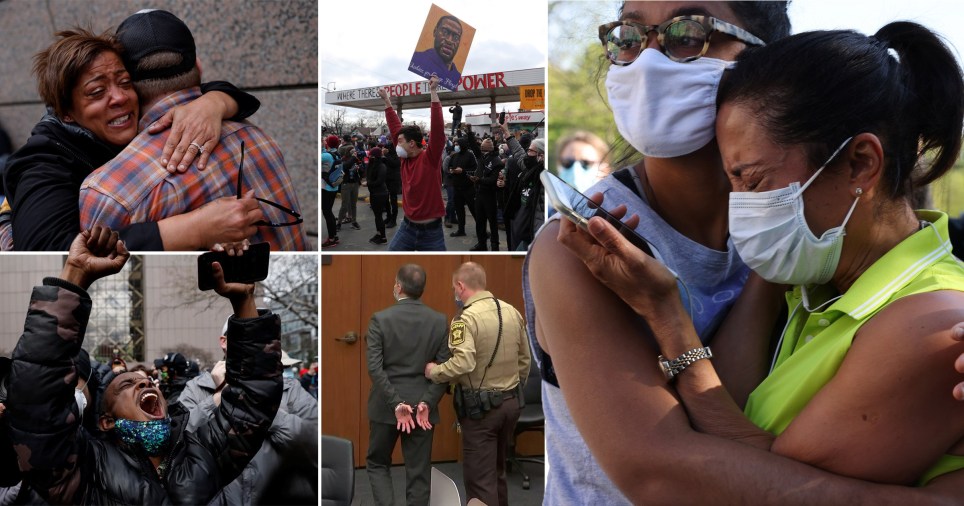 Many were seen sobbing and chanting George Floyd’s name as the verdict was read out (Picture: Reuters)

Crowds were seen cheering and crying outside the court house where former police officer Derek Chauvin was found guilty of all charges in the killing of George Floyd.

People gathered outside the Hennepin County Government Center and in George Floyd Square in Minneapolis on Tuesday afternoon anxiously waiting for the verdict.

As all three guilty counts were read out on camera, crowds erupted into applause, as people stared cheering and jumping up and down.

Many sobbed, clapped and chanted ‘George Floyd’ and ‘say his name’ with their fists in the air as they took in the news.

Placards saying ‘justice’ and showing images of the father’s face were waved through crowds, while many tightly hugged one another.

People had been gathering ahead of the verdict at a memorial outside Cup Foods grocery store in Minneapolis, where Chauvin knelt on Mr Floyd’s neck for around nine minutes.

Live as the verdict was read and people erupted into cheers and started sobbing when the jury announced Derek Chauvin was guilty of murdering George Floyd pic.twitter.com/FMhpk9oCAN 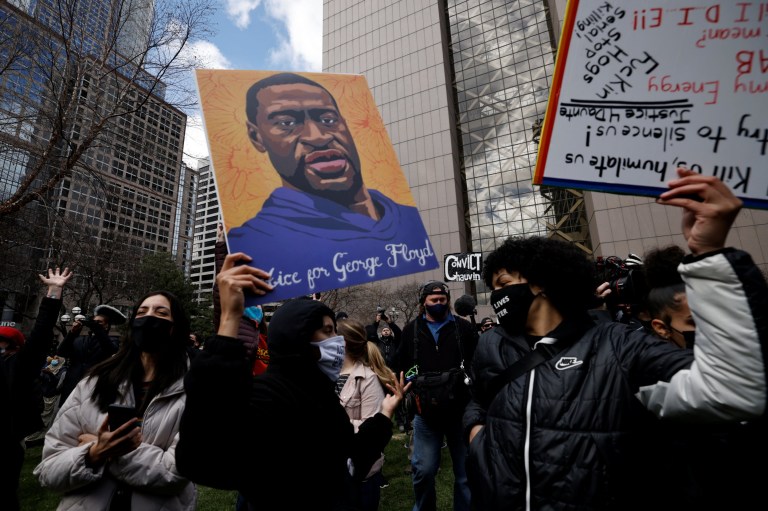 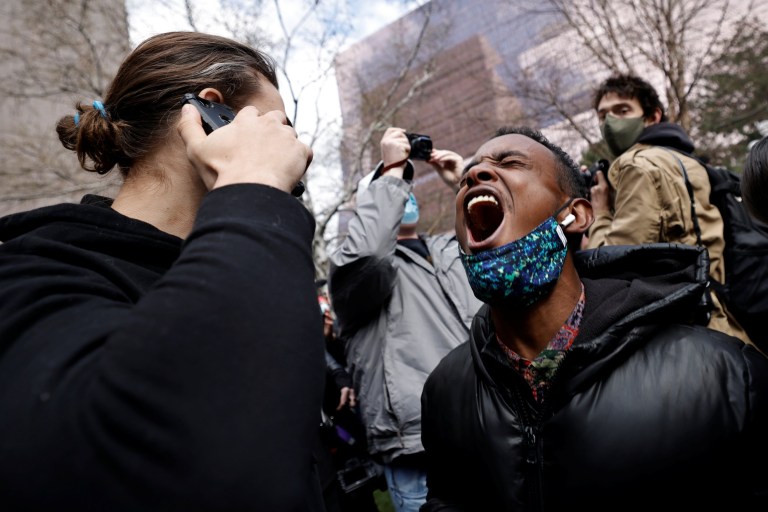 People cheered outside the court house as the verdict was read out (Picture: Reuters) 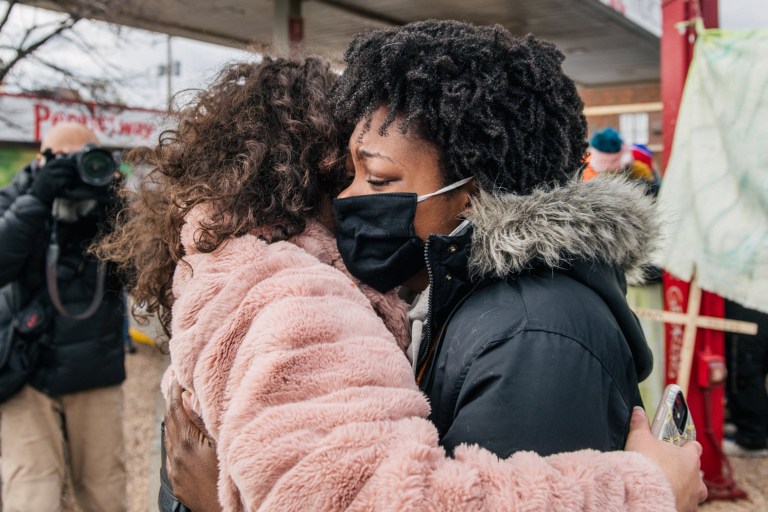 Many gathered across Minneapolis awaiting the verdict (Picture: Getty) 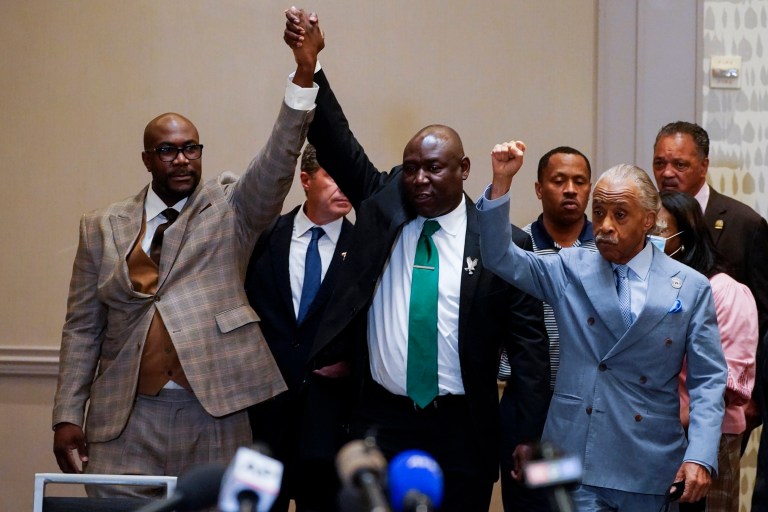 Chauvin faces up to 40 years in prison and is set to be sentenced in the coming weeks.

However, he will likely receive less time as the presumptive sentence in Minnesota for second-degree murder – the most serious charge against him – is 12.5 years.

Mr Biden told the family: ‘Nothing is going to make it all better, but at least now there is some justice.’

He added: ‘We’re all so relieved.’

Barack Obama said in a statement that the jury ‘did the right thing but true justice requires much more’ as he shared a statement on Twitter.

Today, a jury did the right thing. But true justice requires much more. Michelle and I send our prayers to the Floyd family, and we stand with all those who are committed to guaranteeing every American the full measure of justice that George and so many others have been denied. pic.twitter.com/mihZQHqACV 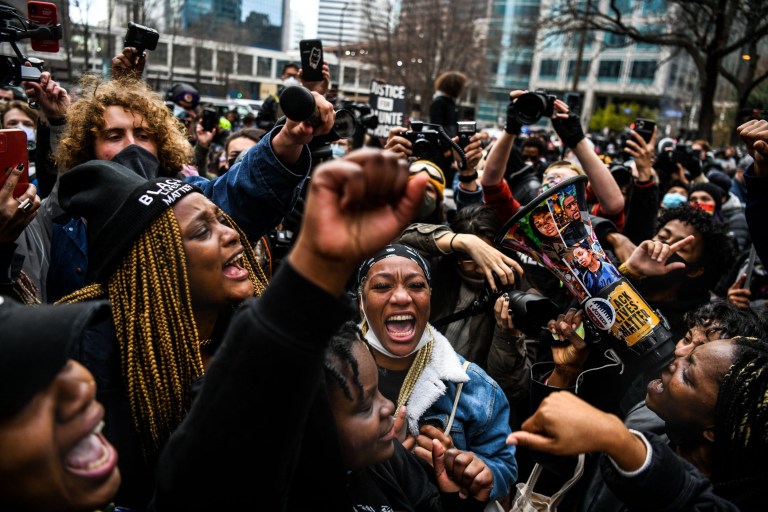 Chauvin was found guilty of all counts (Picture: AFP) 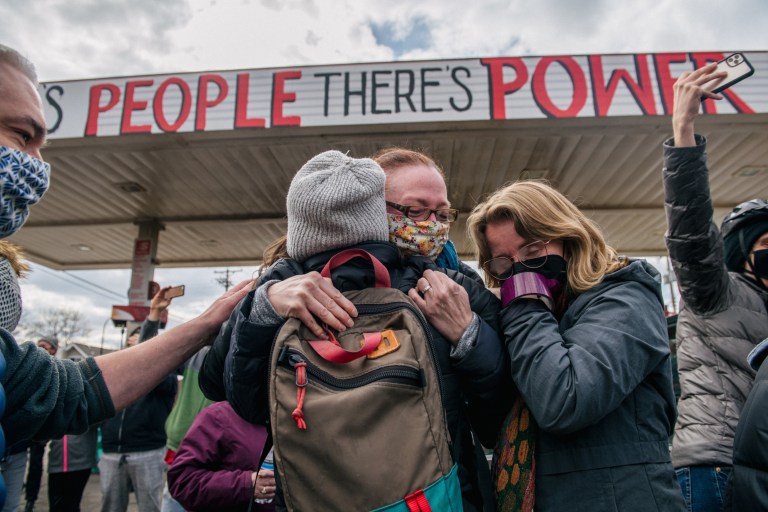 The verdict was livestreamed across the world (Picture: Getty) 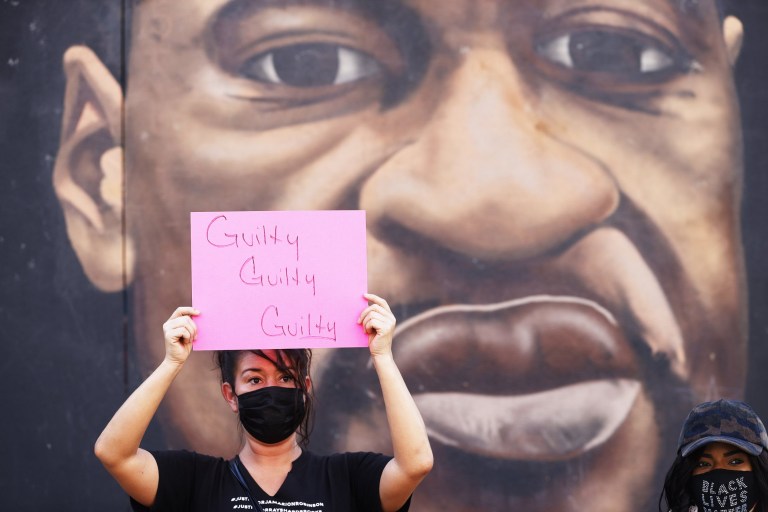 The president said he hoped the verdict would give momentum to congressional police reform efforts.

The former US president said true justice requires people to understand that ‘black Americans are being treated differently every day’ and that millions live in fear that their next encounter with law enforcement could be their last.