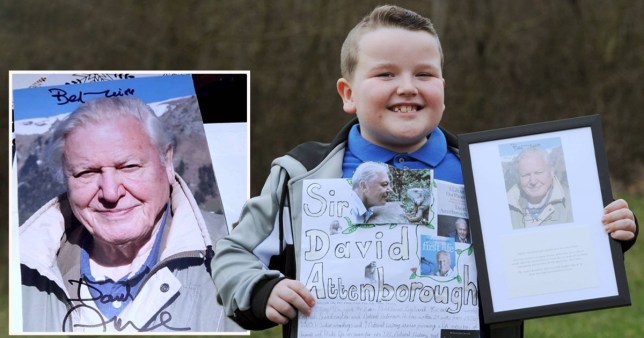 Fraser, eight, was over the moon to receive a reply from his hero, Sir David Attenborough (Picture: North News)

Sir David Attenborough made a schoolboy’s dreams come true with a personal reply when the eight-year-old posted his lockdown homework to the broadcasting legend.

Fraser Hadley chose the natural historian, 94, when asked to create a poster of his most aspirational person.

The avid fan of Sir David also told his hero he could call him for a chat if he was lonely during lockdown.

Fraser, who has been homeschooled during the pandemic, was given the task from Hetton Lyons Primary School in Sunderland, Tyne and Wear.

The star pupil juggles schoolwork while helping his mum, Dianne Barker, care for his nana, Mary, who was left paralysed by a stroke.

He watches all of Sir David’s shows and even does impressions of the TV veteran.

Mary was so impressed with the poster she suggested he send it to the man himself.

But they never expected a response and were stunned when a letter and signed photograph arrived. 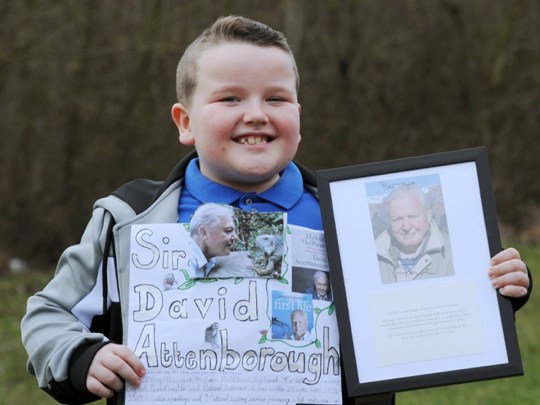 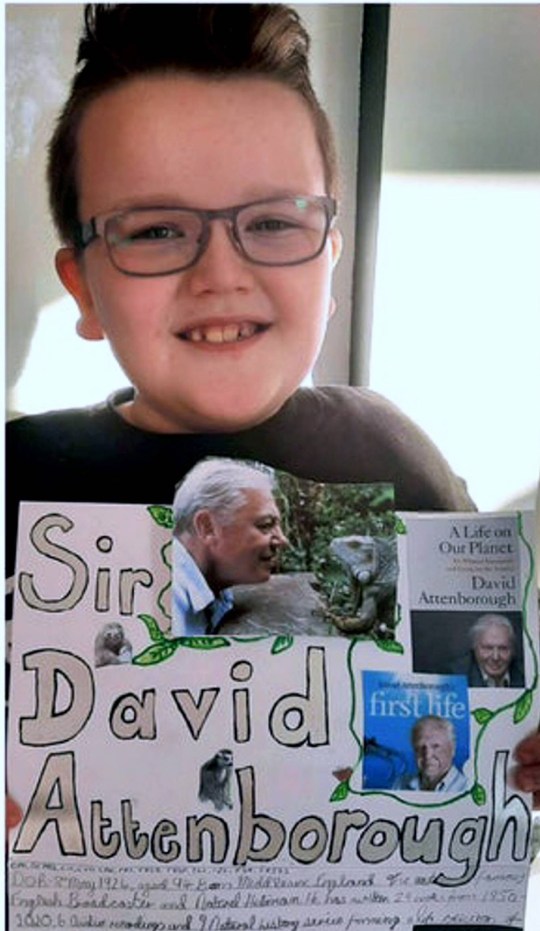 Fraser, eight, has been given a special award from his school for his amazing work (Picture: North News)

Dianne said: ‘He must be inundated with letters so we never expected a reply. I think the reason Fraser’s letter stood out is because he went into lots of detail about his home-schooling and he said that if Sir David was lonely in lockdown he could ring Fraser to chat.

Although the letter says Sir David can’t reply to all questions because he receives so many, Dianne told how Fraser was delighted with the response and has since framed the autographed picture.

The symptoms of the condition were exacerbated when he started homeschooling due to the increase in screen time – but Dianne managed to adapt the sessions to include more paper work. 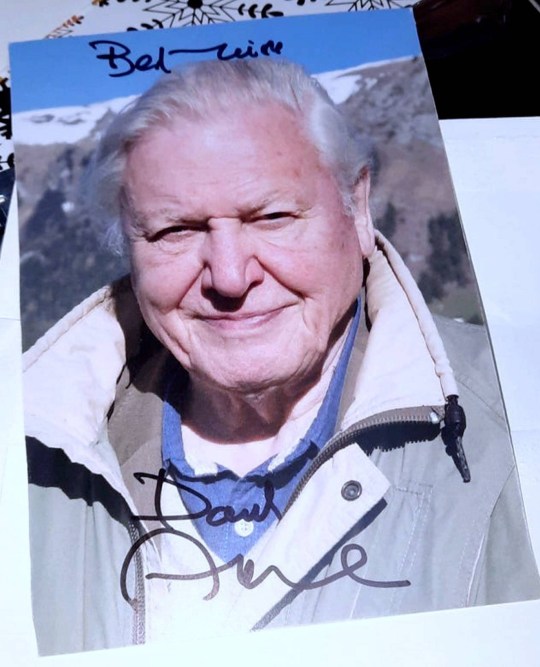 The proud mum added: ‘Fraser really struggled at the beginning of lockdown. He’s a mini carer too for his nana, I’m so proud of how he’s dealt with being at home all the time.

‘Receiving the photo from Sir David made his dreams come true. I think it also gives children faith that it doesn’t matter how famous or old idols are, some still spread their love and kindness, even in these very challenging times.’

Fraser’s teachers were impressed by his project they gave him a Hetton Hero Award.