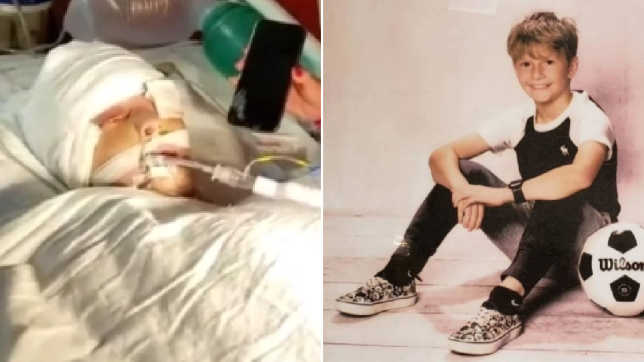 Anthony Reznik was struck and killed by an alleged dancing driver called Samentha Toussaint who ran a red light but who may now avoid charges (Pictures: WFOR)

A terrible driver with multiple prior offenses may avoid criminal charges despite allegedly striking and killing a child while dancing in her car. Samentha Toussaint, 32, has yet to be charged over the February 10 death of Anthony Reznik, 11, in Sunny Isles Beach, Florida.

Toussaint ran a red light and slammed her Mercedes into Anthony as he skateboarded over a crosswalk, with the youngster dying last week after almost a month on life support.

Eyewitnesses reported seeing her dancing behind the wheel in the moments leading up to the smash, with the force of the impact sending Anthony flying through the air, his sister Tatiana Reznik told WFOR.

But Florida law means that causing an accident by running a red light is not necessarily a criminal offense – and prosecutors may struggle to charge Toussaint with felony manslaughter as a result, the Miami Herald reported.

They must come up with aggravating factors to the smash in order to do so, with other killer drivers previously escaping being charged over the same issue.

Criminal defense lawyer Michael Catalano, who specializes in traffic cases, explained: ‘Running a red light is never enough to charge a criminal offense, but if you add other factors like texting or swerving or drag racing, it might be enough.

‘These cases are always very fact specific. It has to be conduct so bad that everyone would know this behavior would kill someone.’ 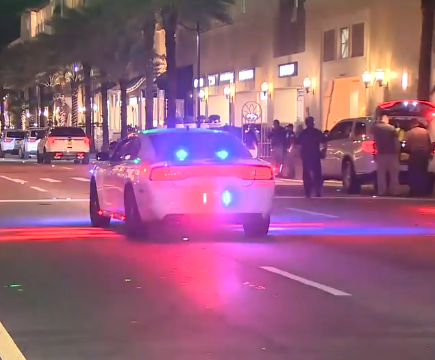 Prosecutors must prove their were aggravating factors in order to charge Toussaint with manslaughter. The scene of the fatal smash is pictured (Picture: WFOR)

Toussaint had not consumed any alcohol or drugs prior to the crash – possible aggravating factors – although her alleged dancing could be considered distracted driving, in a glimmer of hope to Anthony’s family.

Lawyer Judd Cohen, who is representing Anthony’s family, outlined the possible case against Toussaint, saying: ‘Speed, running the red — and witness say, there was dancing in the car.’

‘There has to be accountability.’

Anthony’s grieving mother Inna Trakhtenburg also called for Toussaint to be charged, saying: ‘This person has to realize that she needs to be responsible for what’s shes doing.’

Toussaint has refused to comment on the case against her. She was hit with 27 traffic citations on 14 separate occasions in South Florida, and had her license repeatedly suspended for refusing to pay fines.

Her past traffic offenses include crashing into the back of another car in 2017 after driving too closely, and driving without insurance or a license in November 2019.

Her Mercedes struck Anthony in an area in an accident hotspot, with Sunny Beach City Manager Chris Russo calling the youngster’s death ‘the worst thing that has happened here.’

The sixth grader’s organs were donated in the wake of his death to try and help others.

Ed Griffiths from Miami-Dade State Attorney’s Office, which will decide whether or not to prosecute Toussaint offered his sympathy to the youngster’s family.

He added: ‘Since prosecutors from the State Attorney’s Office review every traffic related fatality for potential criminal conduct, we understand the pain each family feels when faced with a tragedy like this.

‘That pain is always magnified when the victim is a child.

‘All aspects of this present, ongoing investigation will continue to get the highest level of prosecutorial attention.’