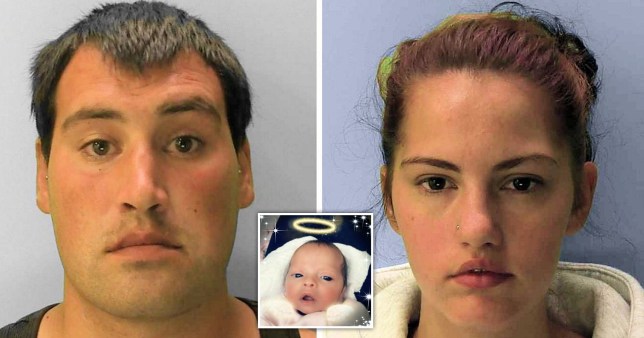 Dad Michael Roe, 33, will spend at least 19 years behind bars, while mum Tiffany Tate, 22, has been sentenced to two years and nine months (Pictures: Sussex Police/Enterprise News and Pictures)

Two parents have been jailed after a dad ‘lost his temper’ and violently shook his baby girl to death as her mum allowed it to happen.

Paramedics found eight-week-old Holly Roe not breathing and with no heart activity on September 10, 2018.

She had suffered ‘forceful shaking, traumatic impact, or both’ at the hands of her own dad, a court heard.

By the time the little girl was taken to Tunbridge Wells Hospital, she had bruising to her brain and spinal cord, and fractured ribs.

Her injuries, especially the rib fractures, would have been very painful and Holly would have been severely distressed while experiencing the abuse, QC Sally Howes previously said.

He was jailed for life after being found guilty of murder and will spend a minimum of 19 years behind bars. The 555 days he has spent on remand will count towards this minimum term.

A jury determined Tate knew about Roe’s abuse and did not do enough to stop it.

She sobbed outside Hove Crown Court after the verdict on Wednesday and was jailed for two years and nine months today. 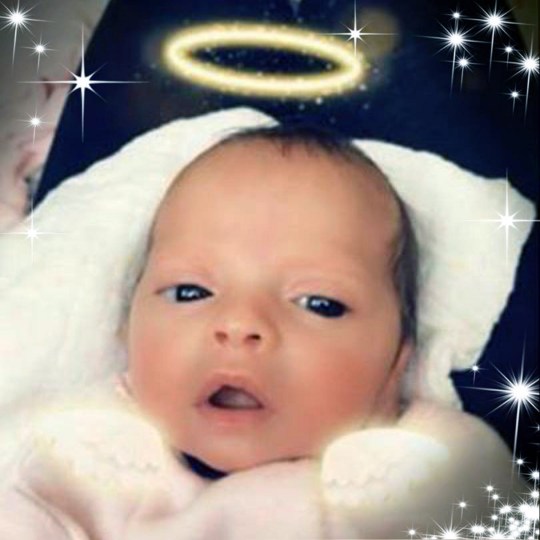 Eight-week-old Holly Roe would have been distressed before her death, the court heard (Picture: Enterprise News and Pictures) 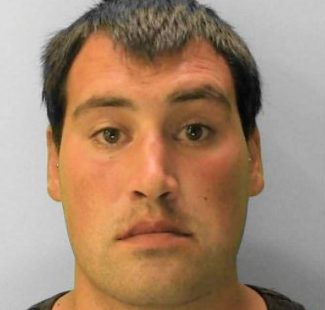 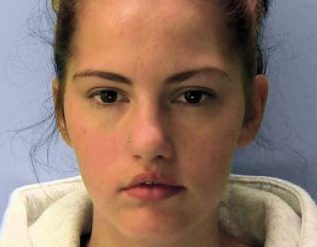 Tiffany Tate sobbed outside the court after she was found guilty of allowing her boyfriend to abuse their baby (Picture: Sussex Police)

Mr Justice Edward Murray claimed both parents ‘blamed each other’ after the murder at their Sussex home.

He told the court he had taken into account that Tate was young and immature. She was only 19 when she moved in with Roe, and had a status as a looked-after person after growing up in foster care.

Danny Robinson, defending Tate, argued there was nothing to say that the young mum had allowed her daughter’s death because there was ‘no evidence’ that she saw or knew Roe had shaken Holly. Tate previously admitted she had struggled to bond with her baby.

Lewis Power QC, defending Roe, explained he had grown up with a traumatic childhood and experienced physical abuse. He said: ‘This clearly in this case appears to have repeated itself.’

Speaking directly to Roe, Mr Justice Murrary said: ‘When you get frustrated you would lose your temper and lash out, unfortunately for baby Holly one lashing out proved fatal.

‘Clearly you had a position of trust in relation to Holly – the highest possible as her father – which you abused.’