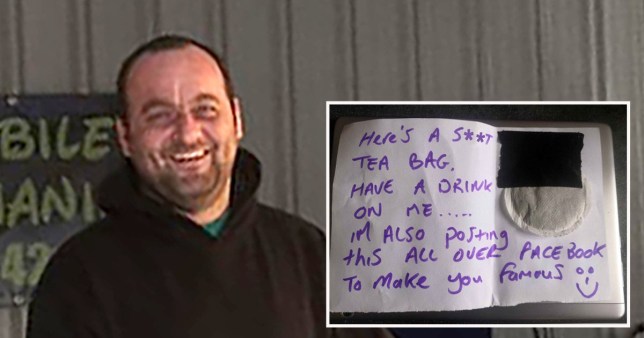 A dad turned the tables on a Facebook fraudster by posting him a teabag and two custard creams instead of an expensive mobile phone.

Anthony Cooper, 36, advertised his new Samsung Galaxy Note 2 for sale on the social media site’s marketplace and was soon contacted by a potential buyer.

They claimed to be a woman looking for a phone for an elderly pensioner and negotiated a price of £550 – half of what it cost brand new. But Anthony suspected a scam and after some online sleuthing he discovered his ‘buyer’ was actually a man – and had been involved in cons before.

So instead of posting the smartphone he sent a tea bag and two custard cream biscuits with a note saying: ‘Here’s a s*** teabag. Have a drink on me.’

Anthony, of Flint, North Wales, said the scammer said they were the daughter of a woman called Joan from County Durham – but really were living almost 260 miles away in London.

The mechanic said: ‘Initially the messages seemed genuine but then certain things started to sound strange and I grew suspicious it was some kind of scam.

‘I thought I’d play along with it for a lark.’ 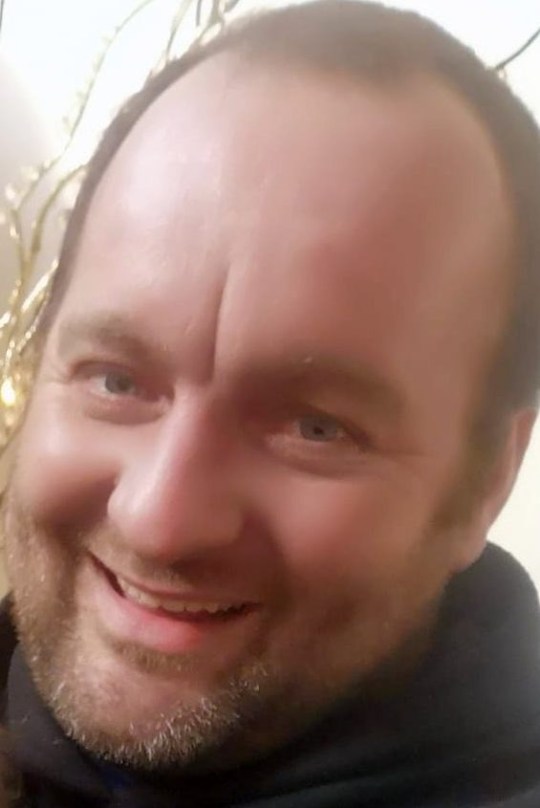 Anthony tried selling his new phone on Facebook but soon realised his would-be buyer was trying to trick him in a scam (Picture: Wales News Service)

Anthony arranged the sale on WhatsApp but when he Googled the buyer’s phone number he realised it was linked with other cons.

He went on: ‘They insisted I video myself wrapping up and packaging the phone.

‘Ironically, they were concerned about getting scammed and wanted to make sure I wasn’t sending a fake phone or something.

‘So I filmed myself packaging the phone, then made up a separate box for the teabag. I added in a couple of biscuits to make the package feel heavier.’ 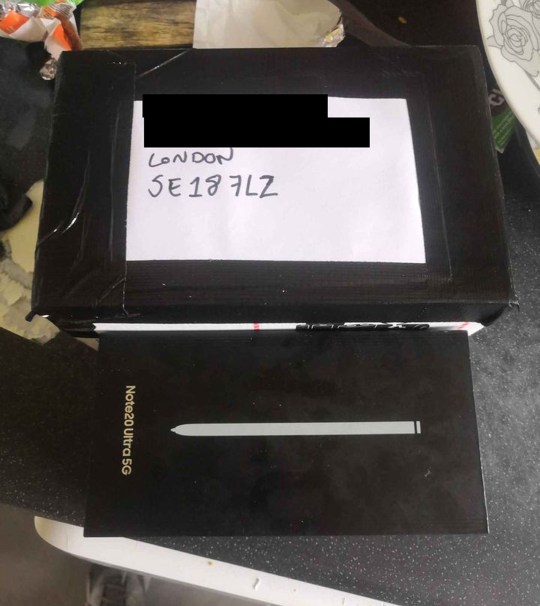 Anthony then received a message saying the money had been paid before an email arrived purporting to be from NatWest saying he needed to pay a fee so the funds could be released.

He said: ‘Apparently the transaction was 99.9% complete but first I had to send £400 in Amazon vouchers to the buyer.

‘The email looked genuine – it had the logo and everything but it landed in my junk folder and by now I knew what they were up to.’

Anthony’s note included the warning: ‘I’m posting this on Facebook to make you famous.’ 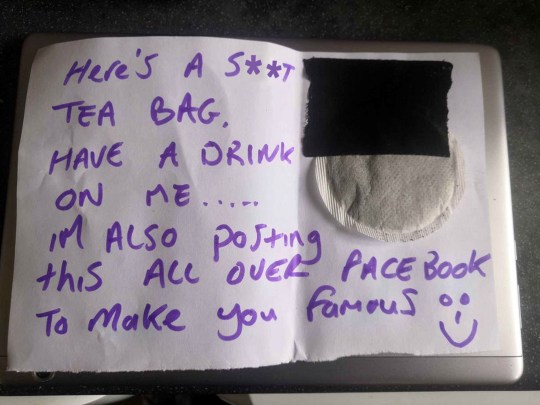 Anthony included a note saying: ‘Here’s a s*** teabag. Have a drink on me.’ (Picture: Daily Post Wales)

Anthony said: ‘A lot of people on Facebook said I should have sent dog poo, as that’s what these people deserve.

‘But I wouldn’t do that because it wouldn’t be fair on the posties who have to deliver it.

‘If only there had been a camera in the box – I would have loved to have been a fly on the wall when they opened it.’